Standing on the site of what used to be the Hunziker cement factory is the fascinating urban development project, Hunziker Areal, which particularly enthralls architecture lovers. 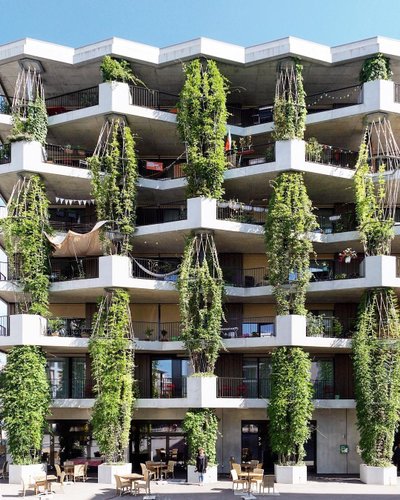 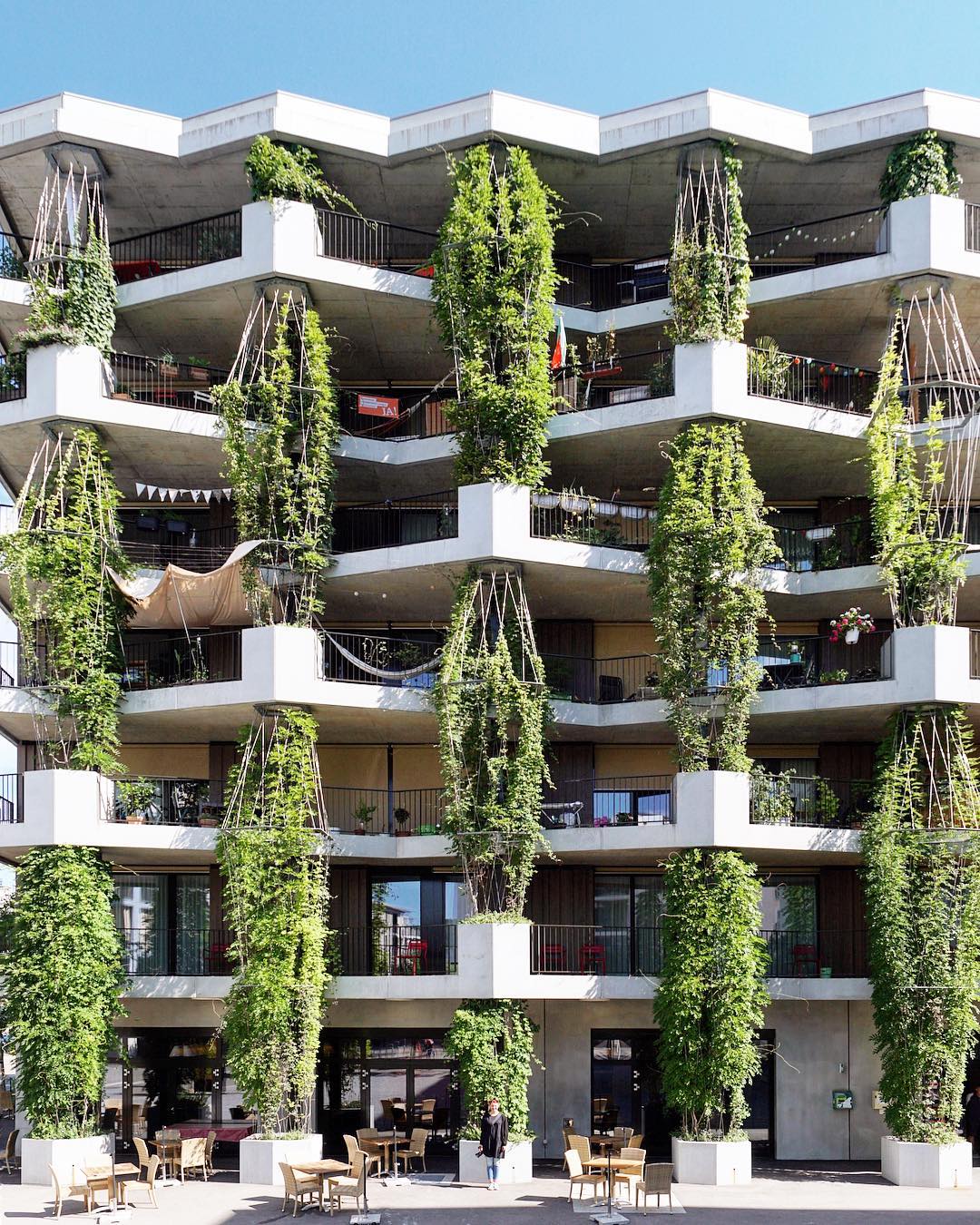 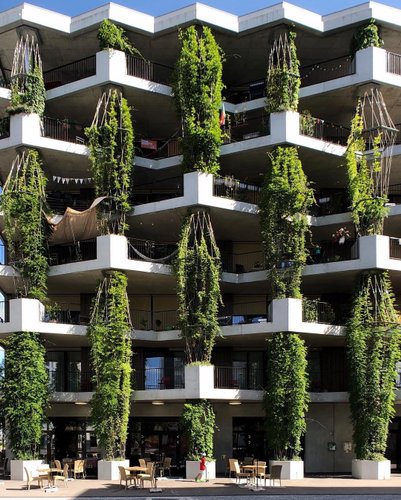 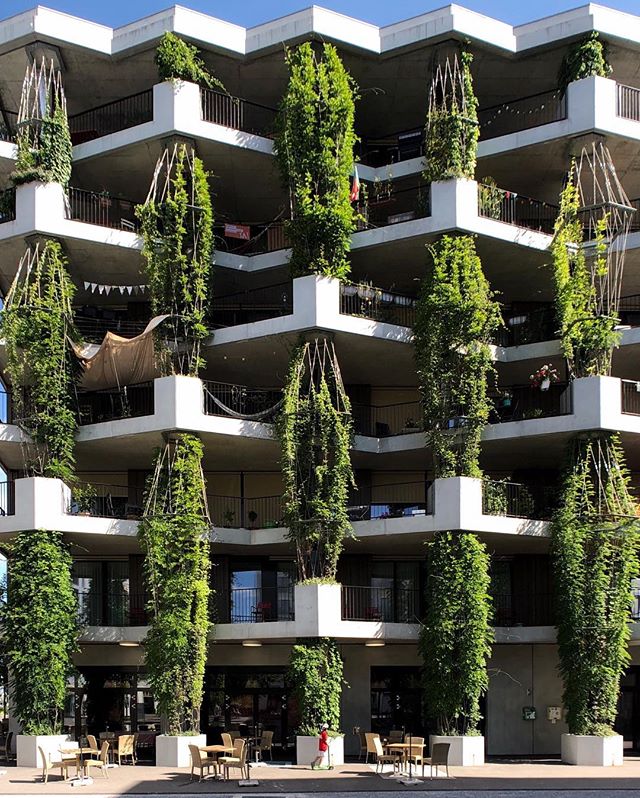 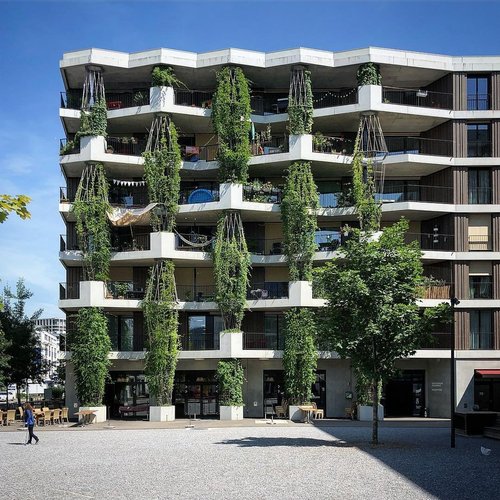 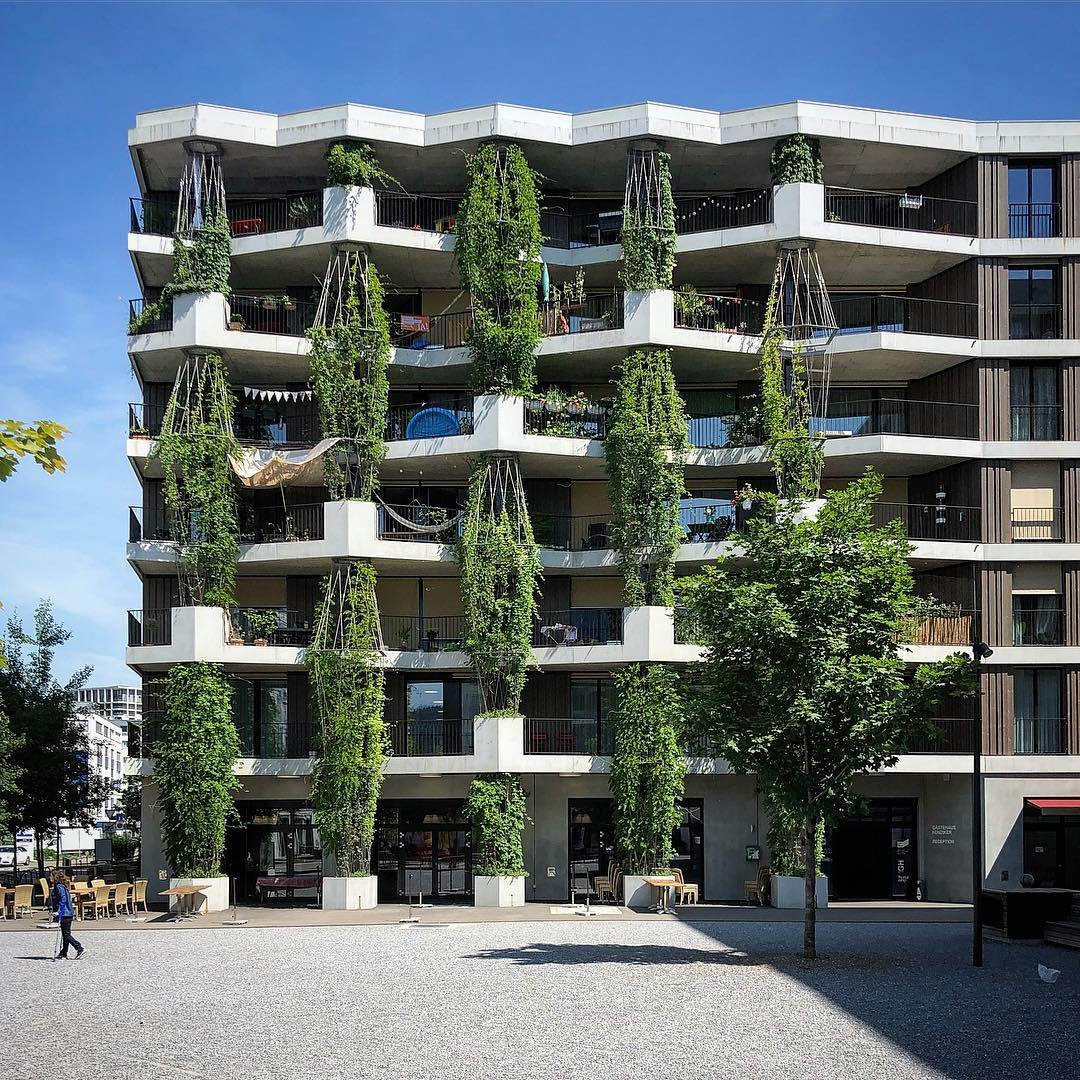 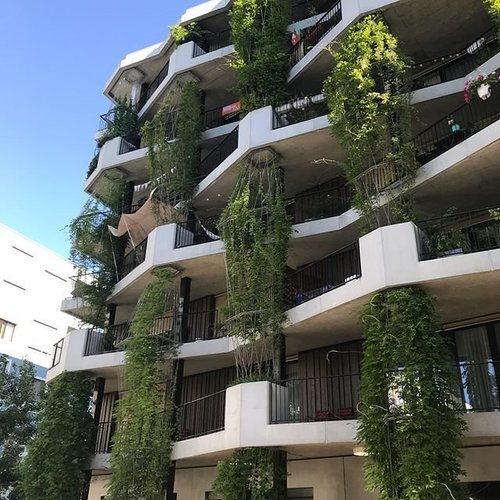 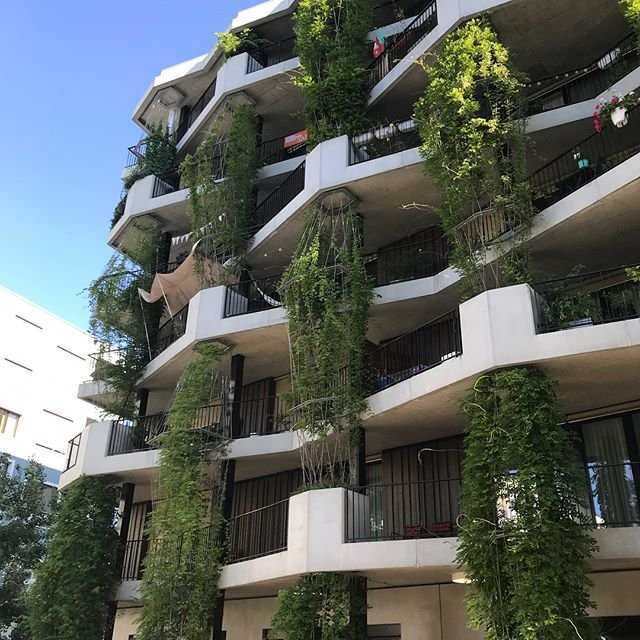 bertnmaris, Zürich, Switzerland, Sunday, 24 June 2018
Mehr Als wohnen - Hunziker Areal Zurich More than living Co operatives housing designed by an Architectural design competition. There was a kindergarten, school and High school all with no fences and open to the community. This development had private student pods with shared common space and private bedrooms. There was a guest accommodation block and roof top gardens. Much more... Again that village feel captured in the inter generational mix of residents, including older residents and disabled. The mobility room was filled with electric cargo bikes to do a local shopping trip! Clever art delivering hot drinks😊Upside down dining tables where 1% is dedicated to Art on a project, it’s quirky and fun! 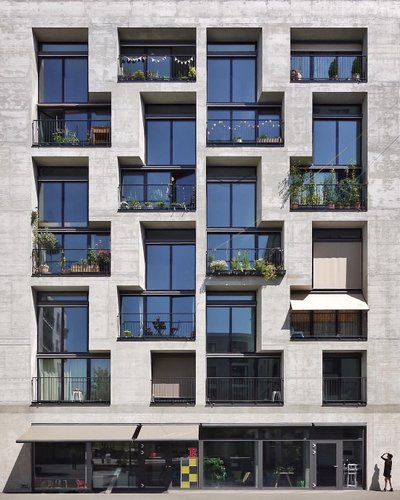 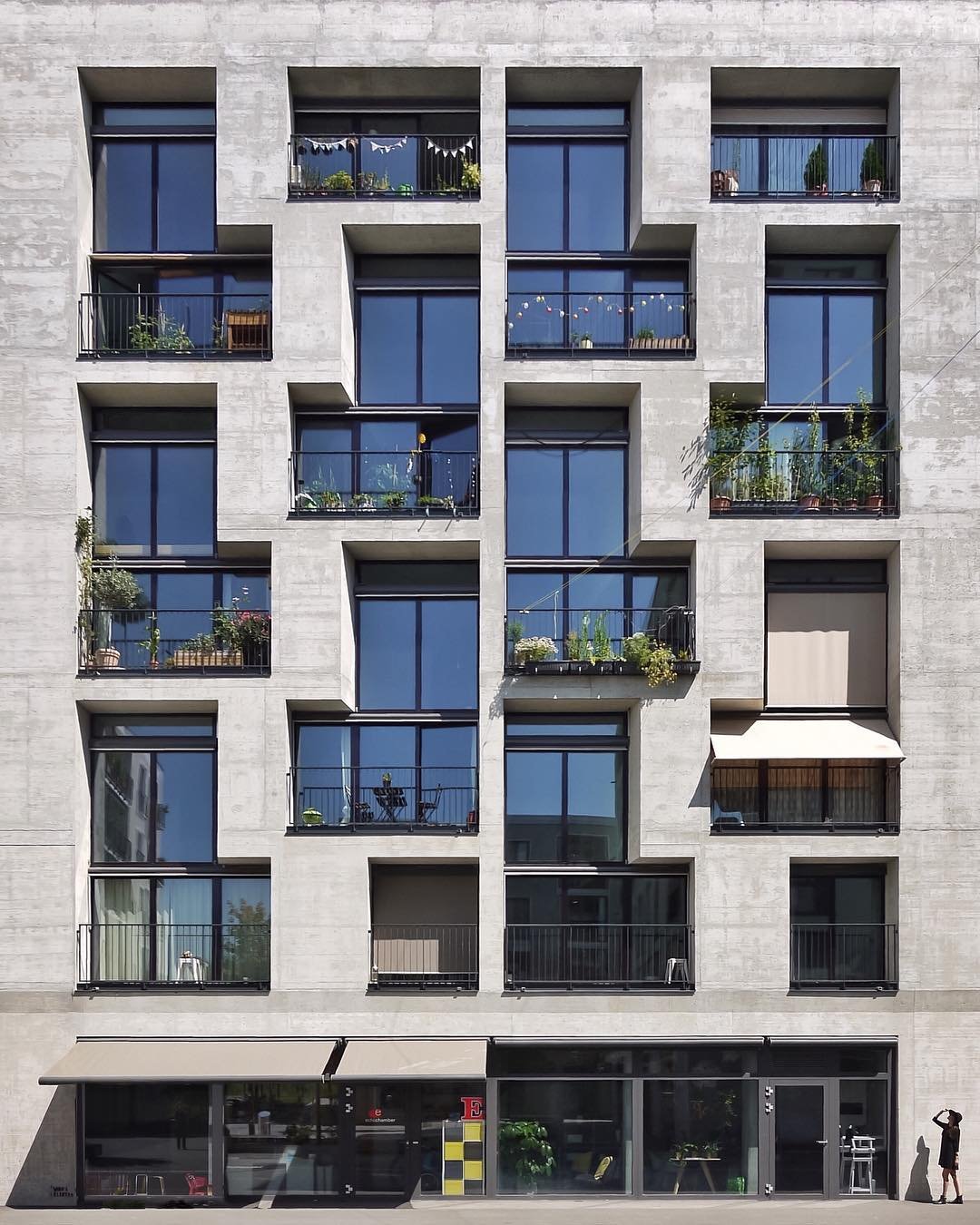 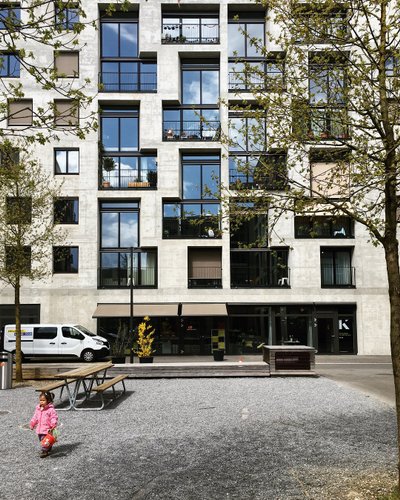 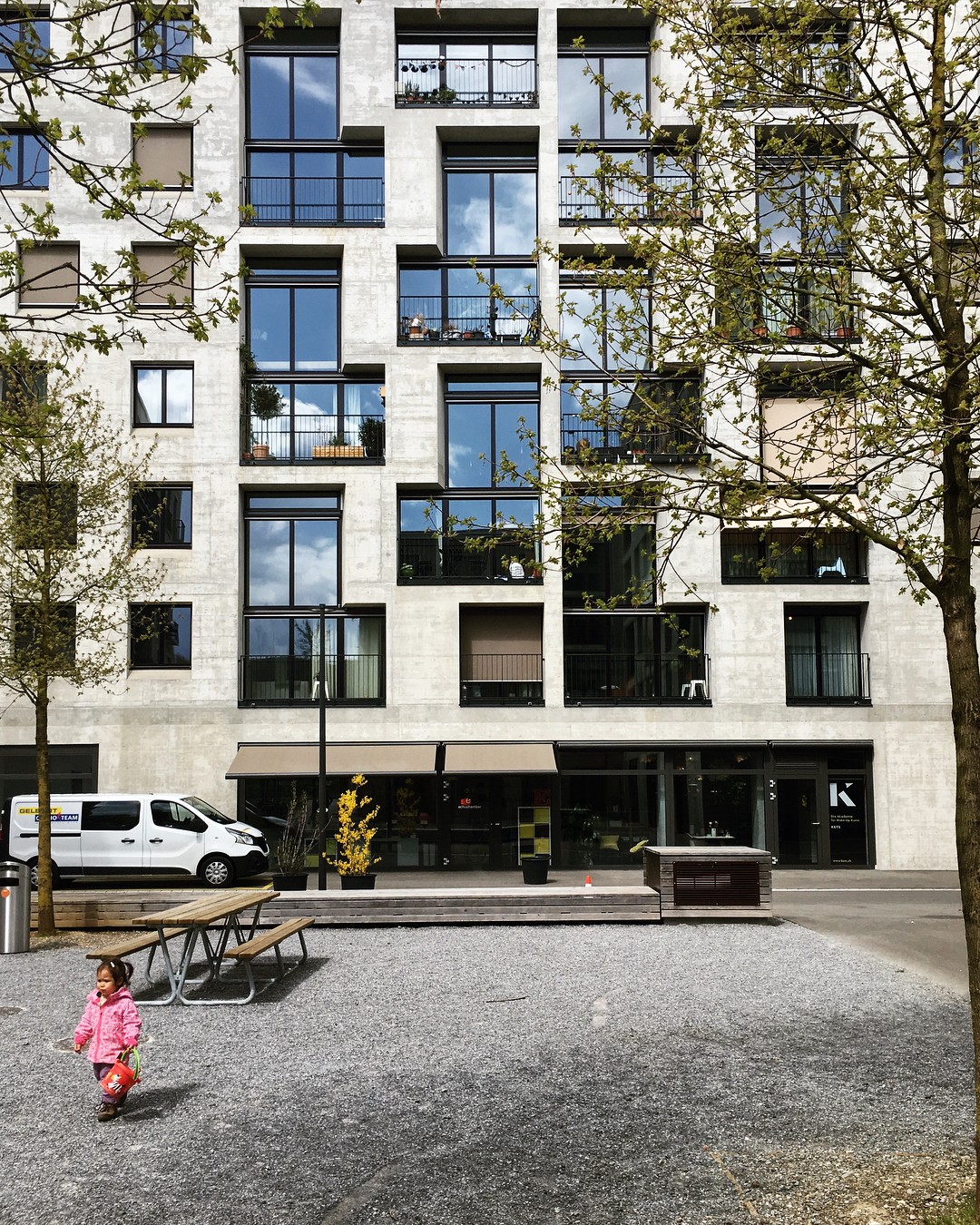 tobiasbusch, Zürich, Switzerland, Monday, 16 April 2018
Hunziker-Areal, Zürich. I think this quarter has become a manifestation of new forms of housing that replace traditional homes with something new and different, but equally ‘home’. The codex of what traditionally defines ‘home’ has been reinterpreted to provide an equally desirable alternative. 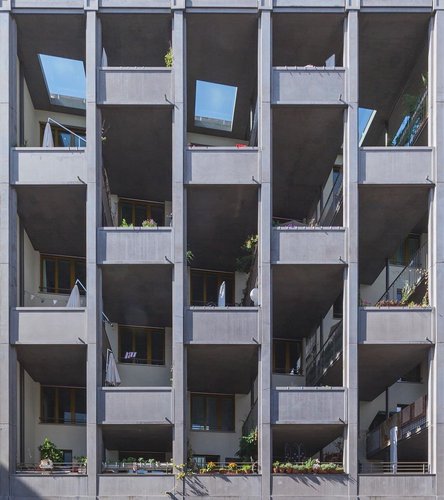 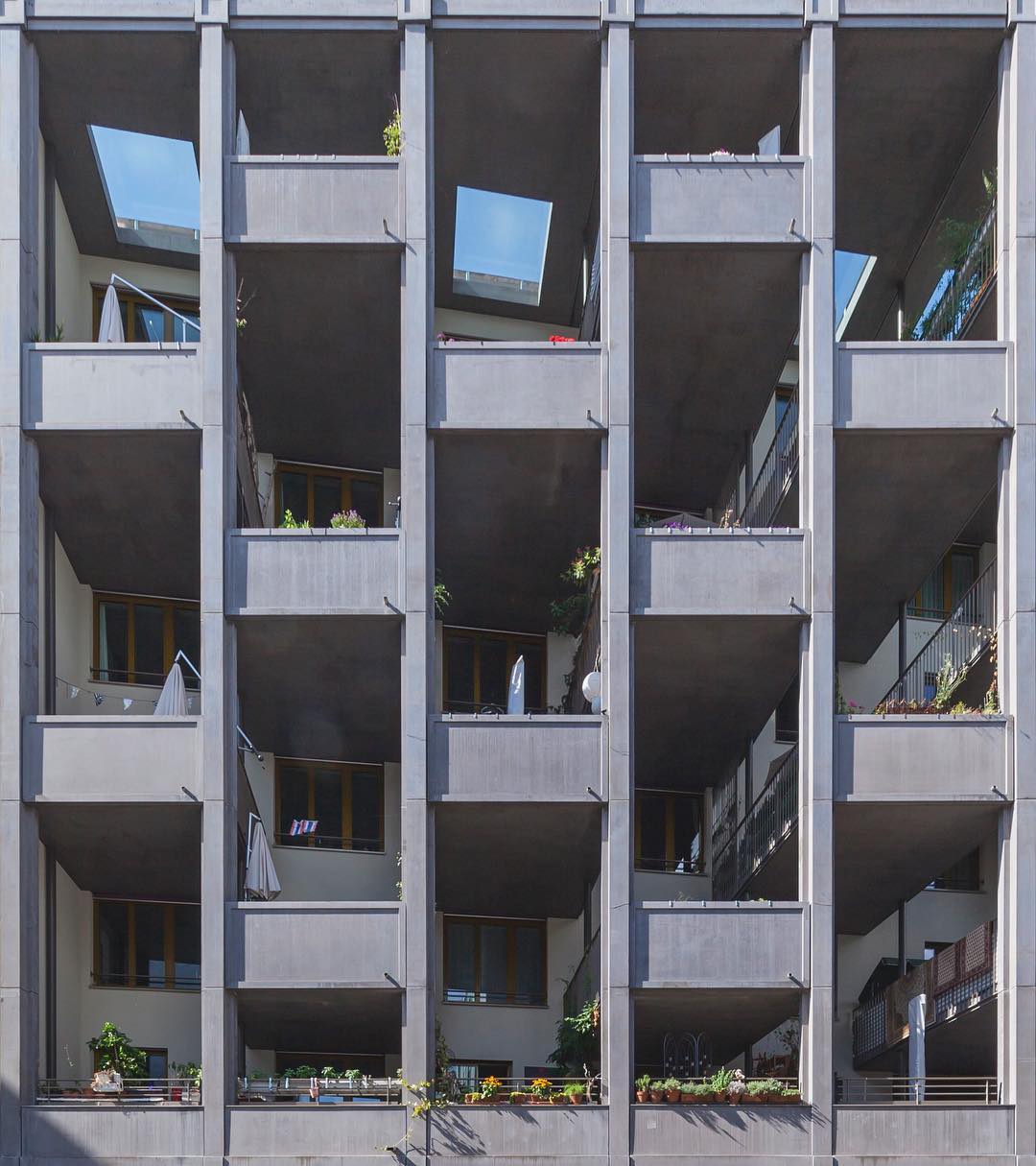 The Hunziker Areal in the north of Zurich is a pioneering urban development project. The beacon project implemented by the cooperative, “Mehr als Wohnen” (More Than Living), offers living space for approximately 1,200 people in 13 energy-efficient buildings and also serves as a working place for around 150 people.

The 2000-watt site is a response to the changing living requirements and the shift in social lifestyles. In the 13 buildings, old and new living forms, such as large communal dwellings with private spaces to retreat, are being tried out. Democratic member rights and environmentally sound lifestyles contribute to the social sustainability of the complex.

Thirteen very different buildings designed by five different architecture firms aim not only to create a new quarter in the northern part of Zurich, but also to open themselves up to and merge with the surrounding Leutschenbach area. Particularly popular among photographers and visitors are House E, with its vertical garden, by Müller Sigrist Architekten and House G, in the center of the site, which is constructed from granulated foam glass concrete. Anyone who is interested in finding out more about the project can take part in one of the public tours or spend one or more nights in the guesthouse to experience the quarter at close quarters.

Open to the public