A gigantic “Nana” in the shape of a guardian angel watches over travelers as they pass through the main concourse at Zurich Main Station. 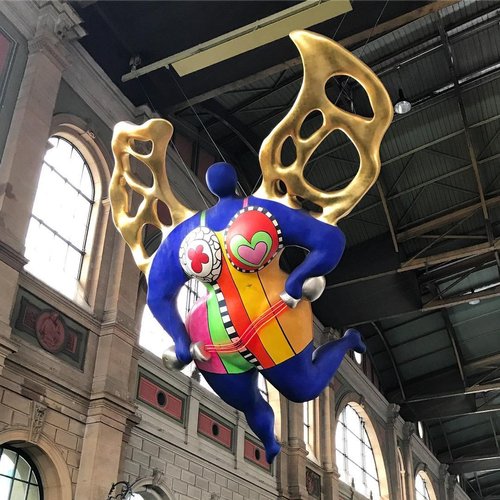 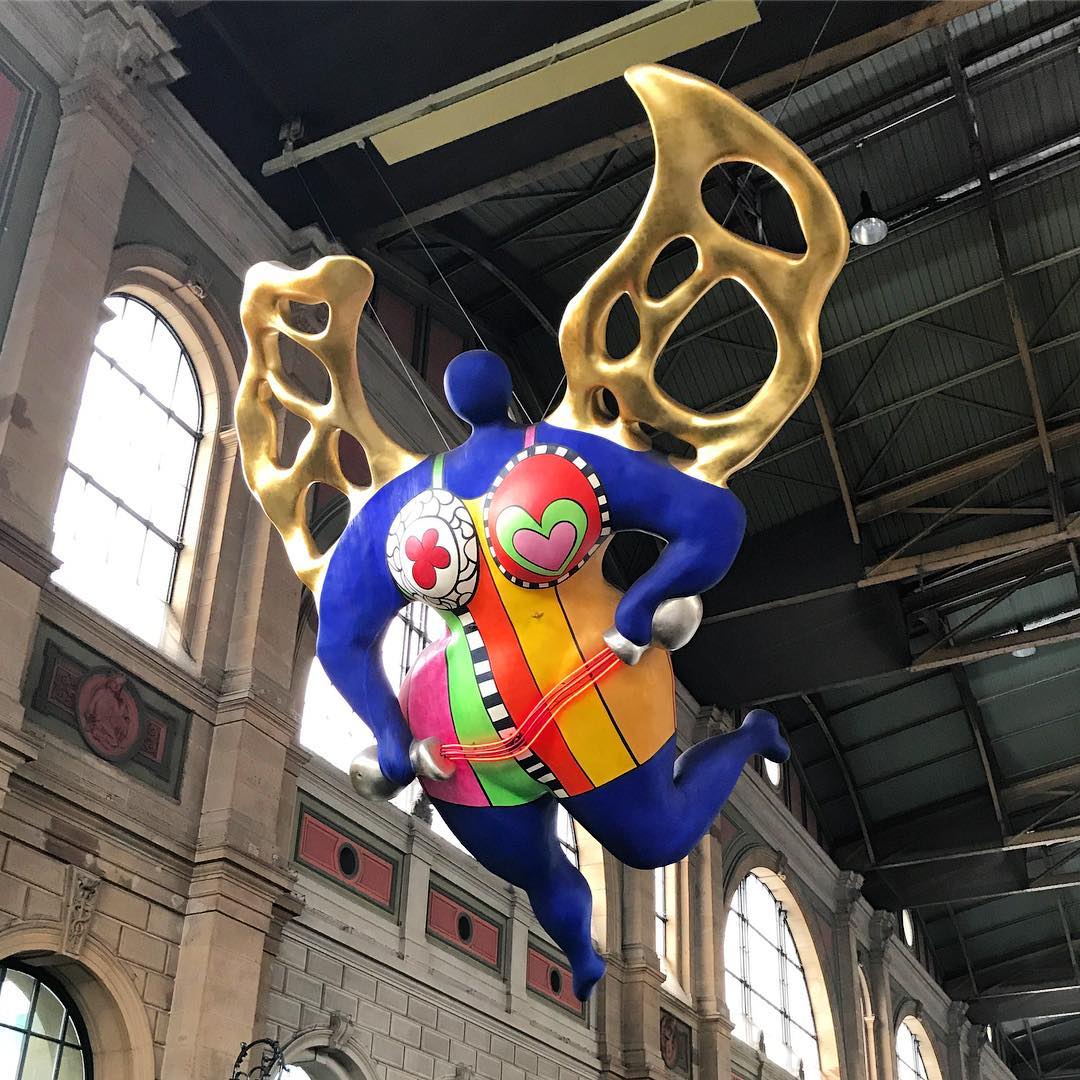 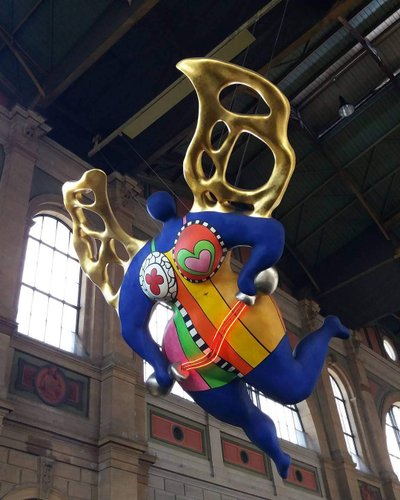 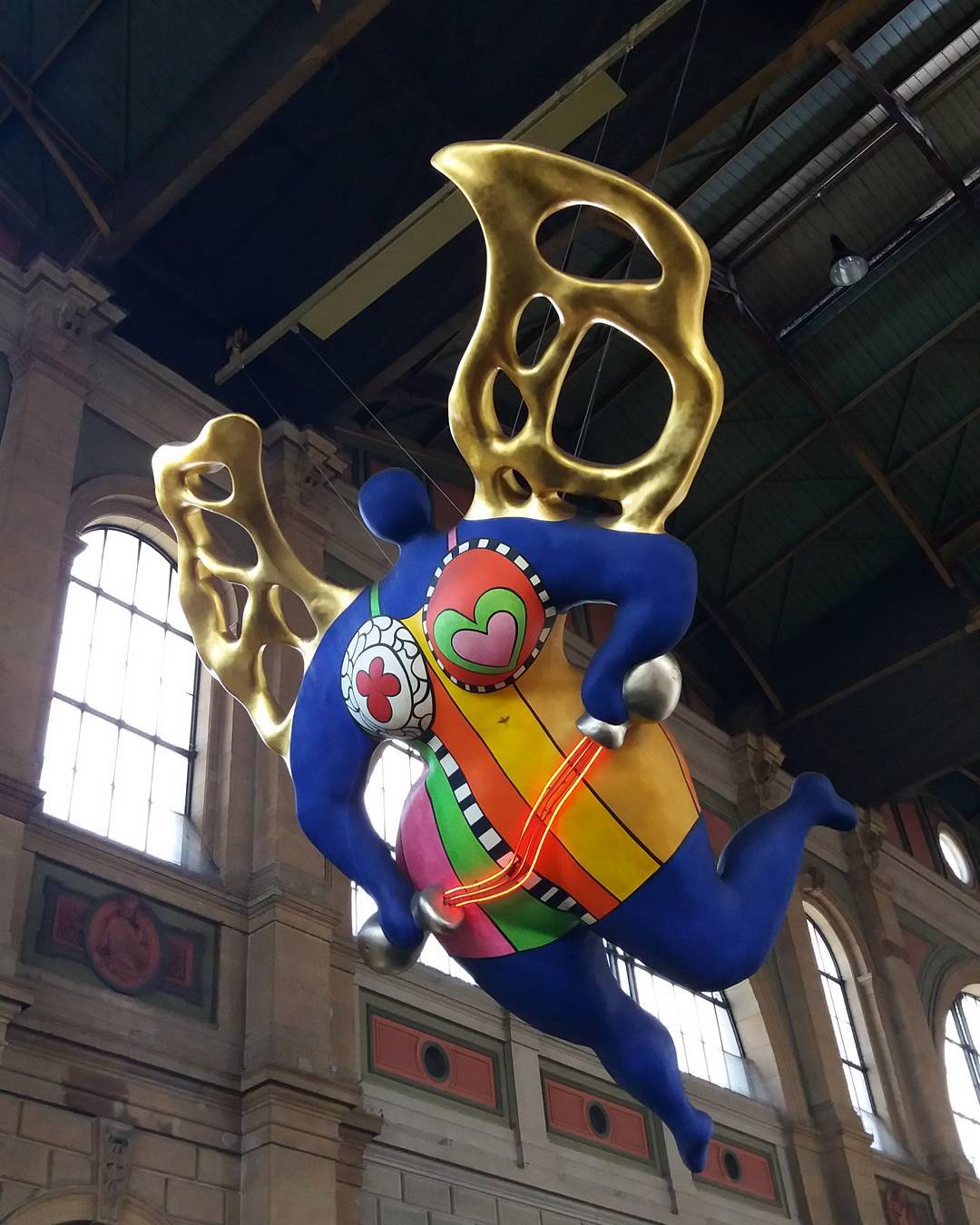 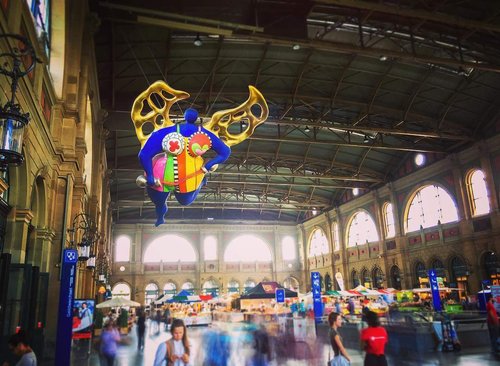 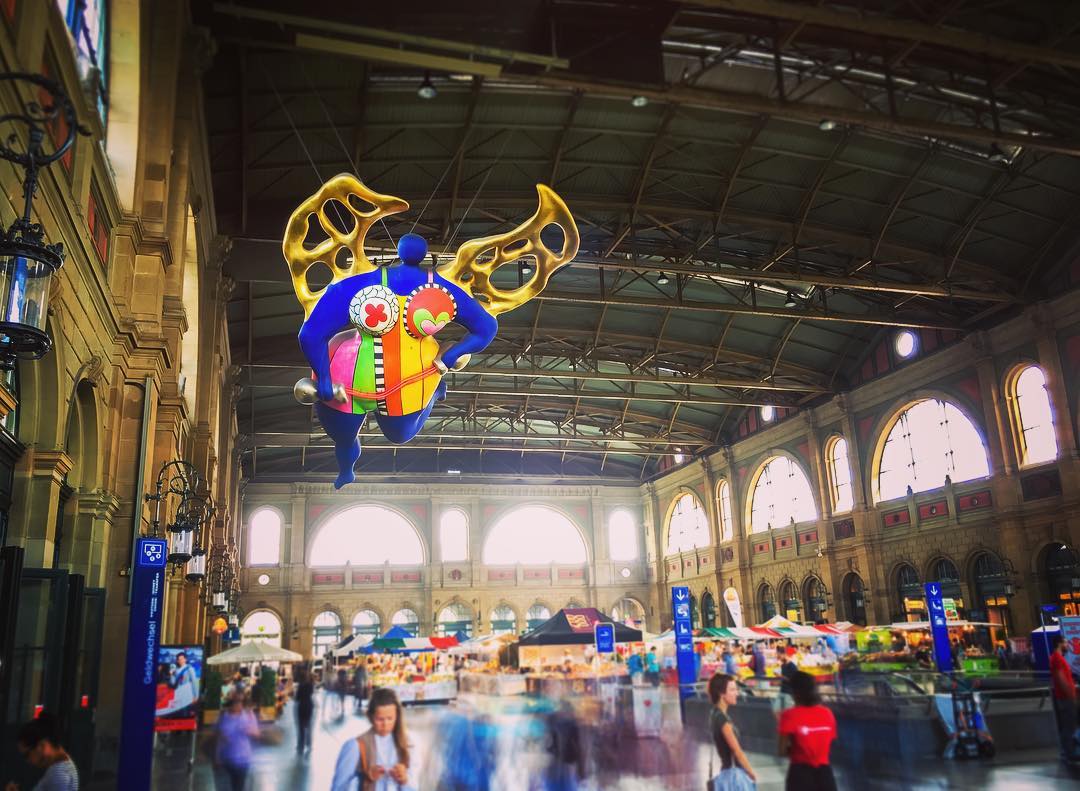 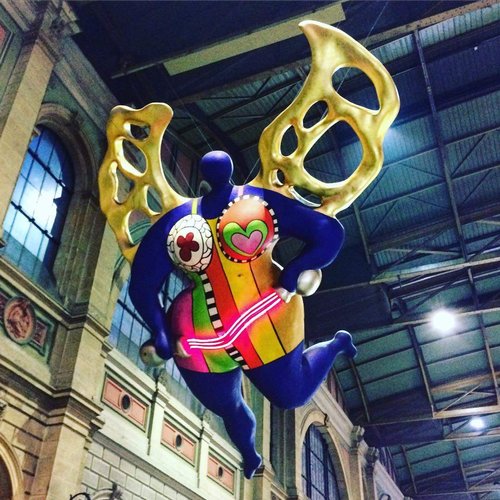 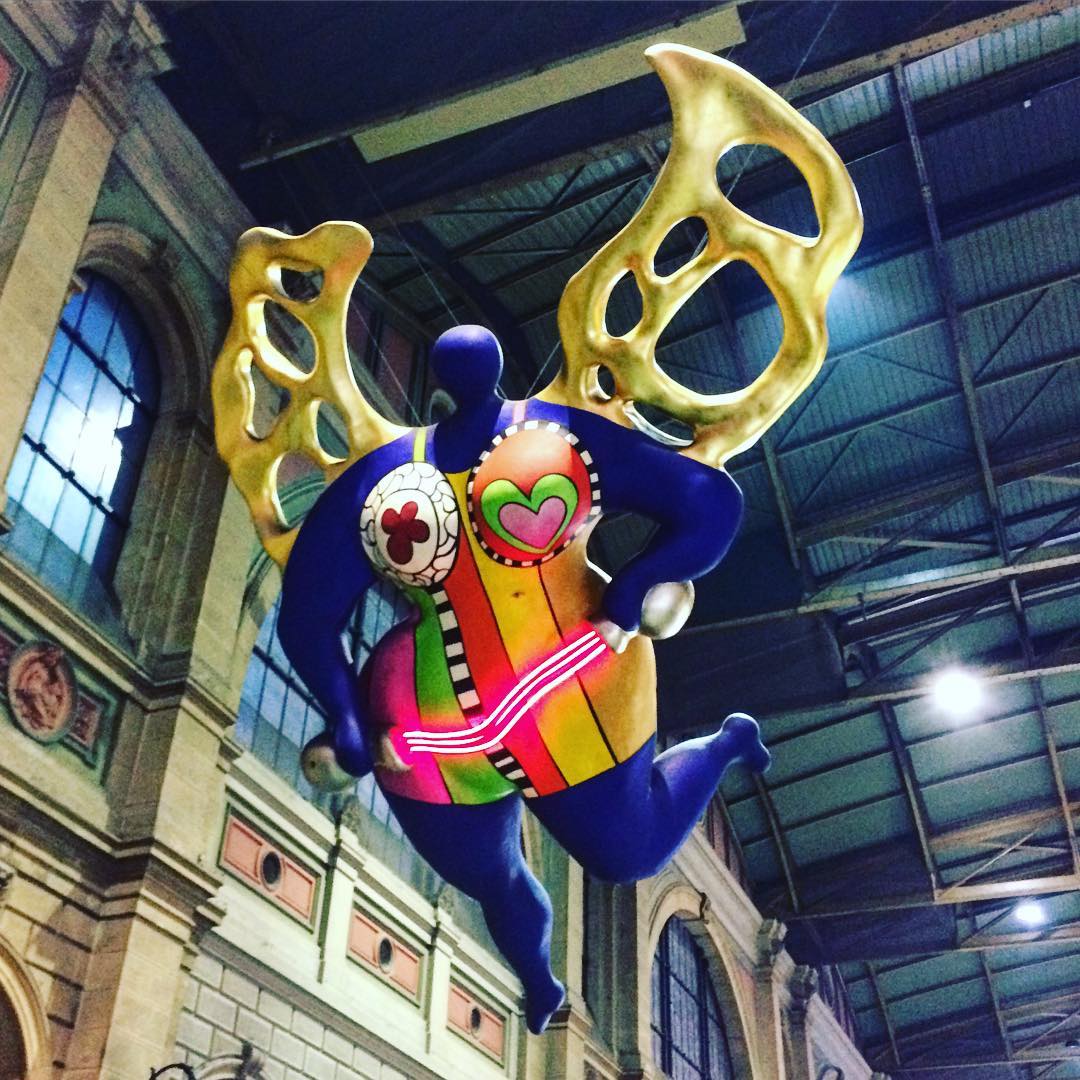 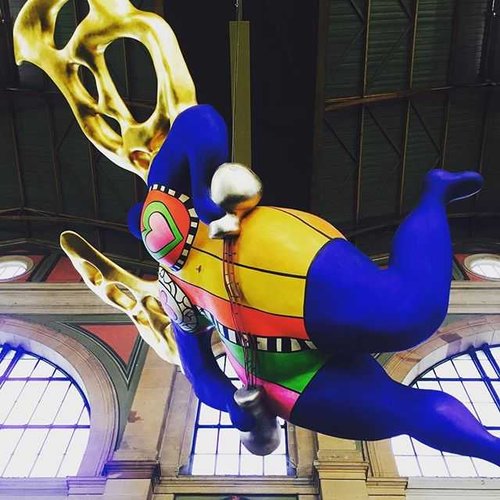 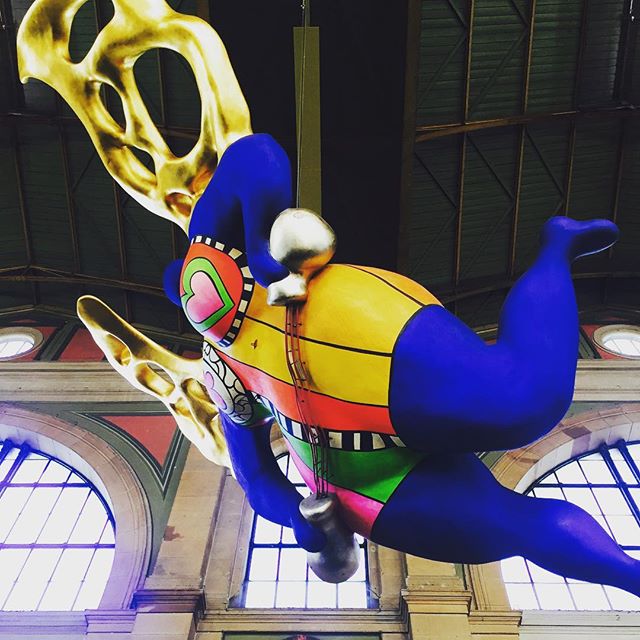 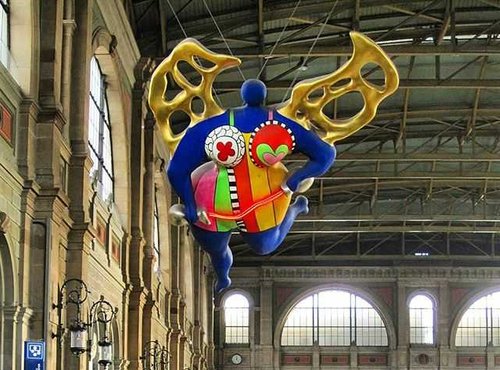 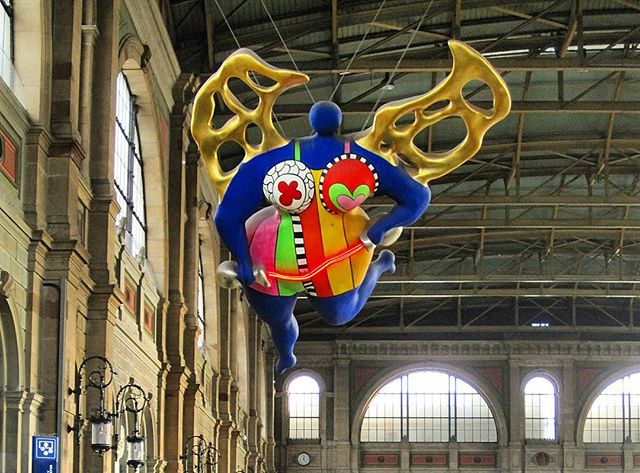 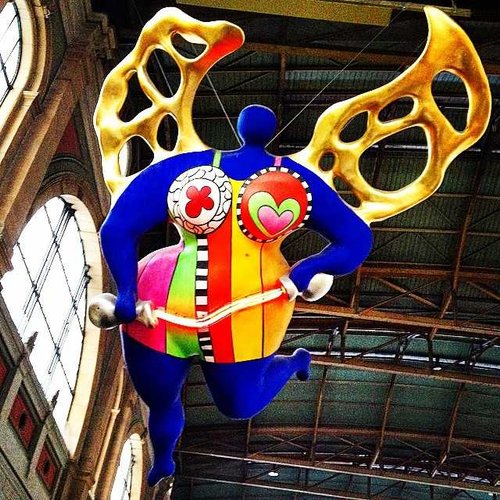 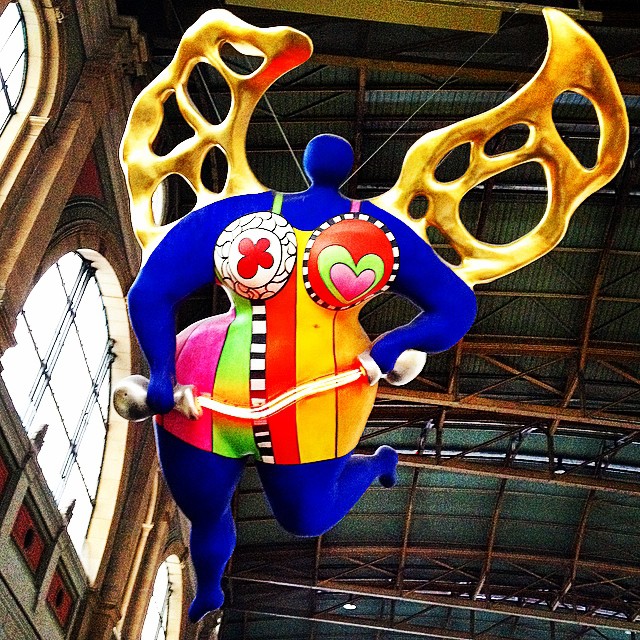 The colorful guardian angel at Zurich Main Station measures 11 meters (36ft) tall and weighs 1.2 tonnes (1.3 short tons), and is a familiar sight to Zurich commuters. The angel was a gift from the company, Securitas, to commemorate the 150th anniversary of the Swiss Federal Railways and was shipped in three parts from the USA via Rotterdam and Basel to Zurich. The artist, Niki de Saint Phalle, supervised the installation in person.

The sculpture’s colorful attire and golden wings are dusted every three months. As Niki de Saint Phalle used watercolors, the angel can only be carefully cleaned with a duster and a compressed air spray, for otherwise the colors would fade.

The “L‘ange protecteur” can hardly be missed in the main concourse of Zurich Main Station, even if it does hover high above the heads of passers-by.

Initially laughed at for her colorful “Nanas”, French artist Niki de Saint Phalle (1930 – 2002) soon became famous all over the world. Her voluptuous Nana figures represent joyful, liberated, and self-assured women. The largest Nana was created together with Jean Tinguely, who was later to become her husband.

Open to the public