The first “purposeless machine” by Jean Tinguely stands on the shore of Lake Zurich and still functions perfectly today. 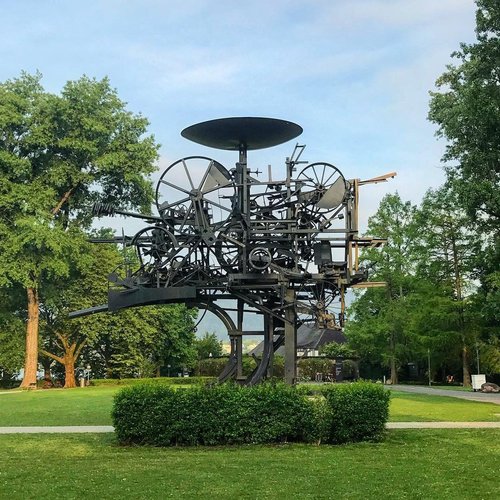 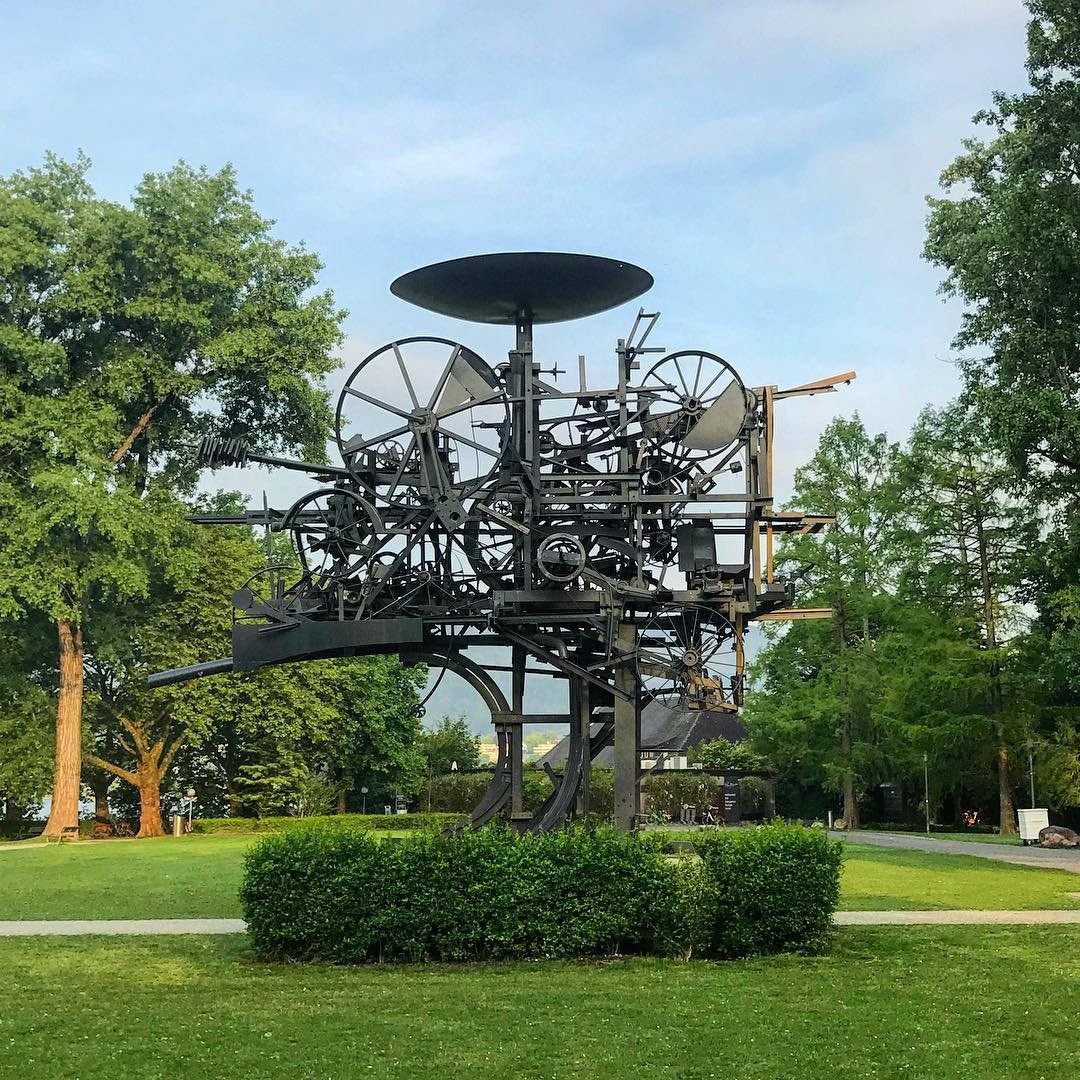 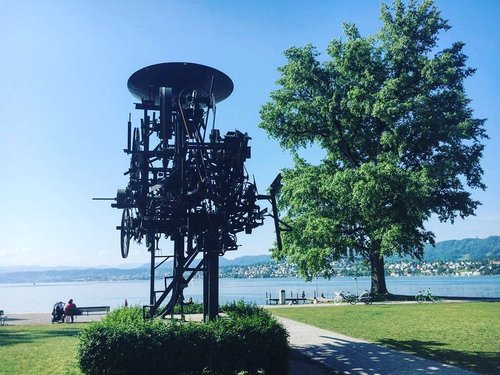 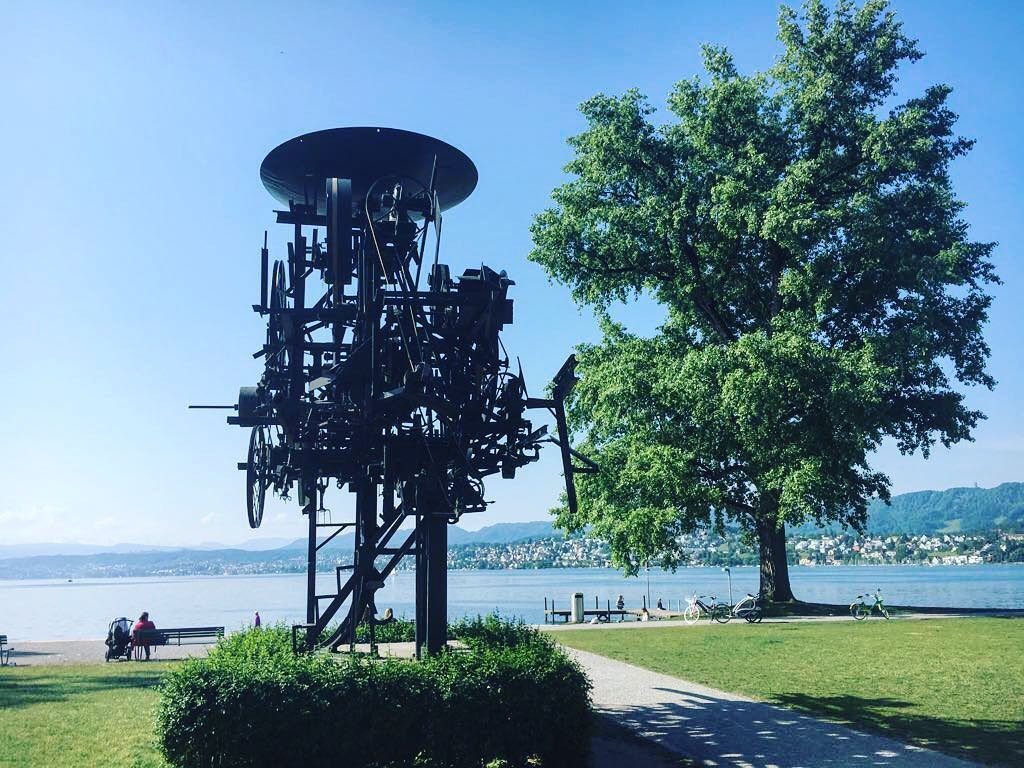 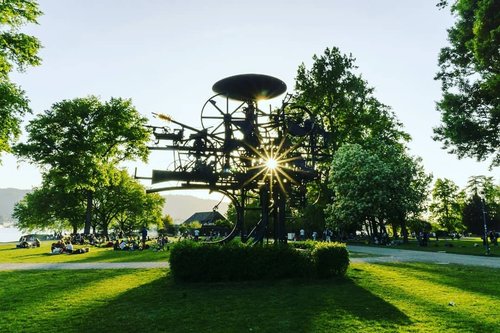 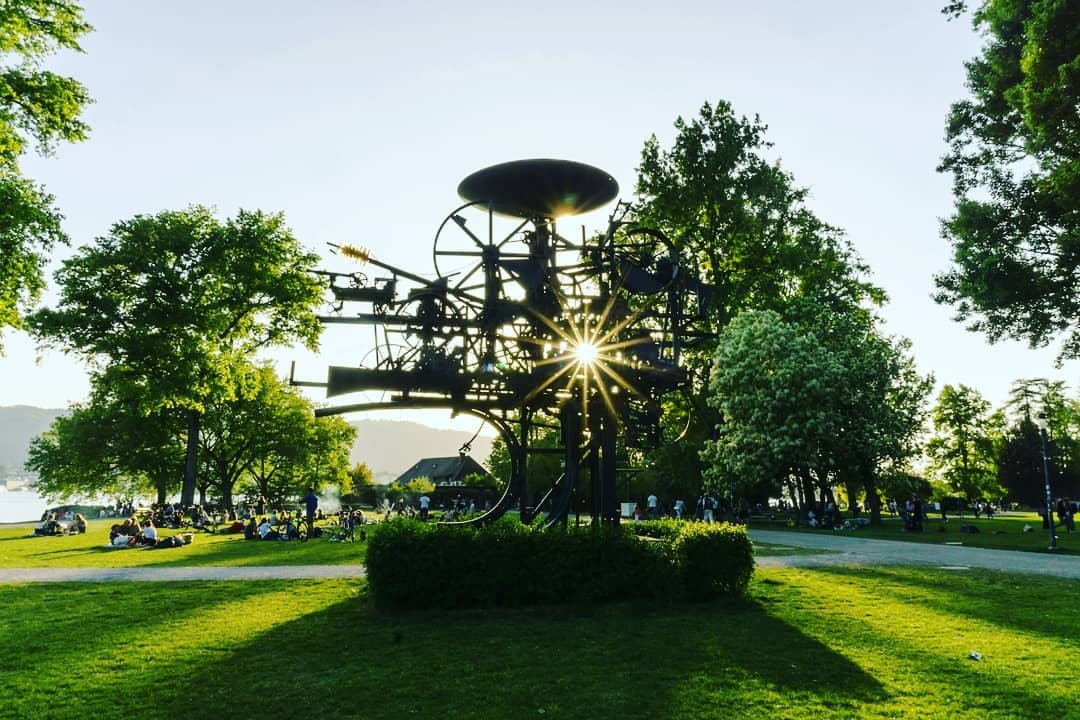 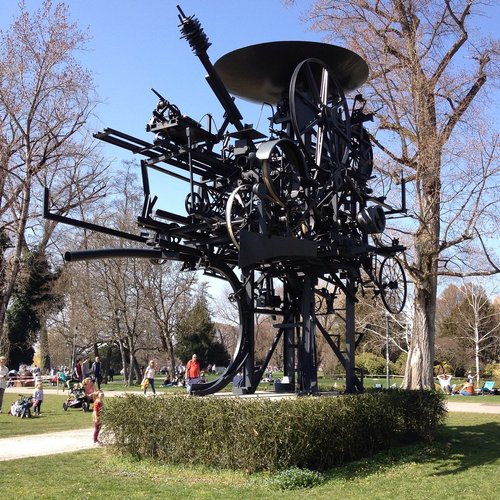 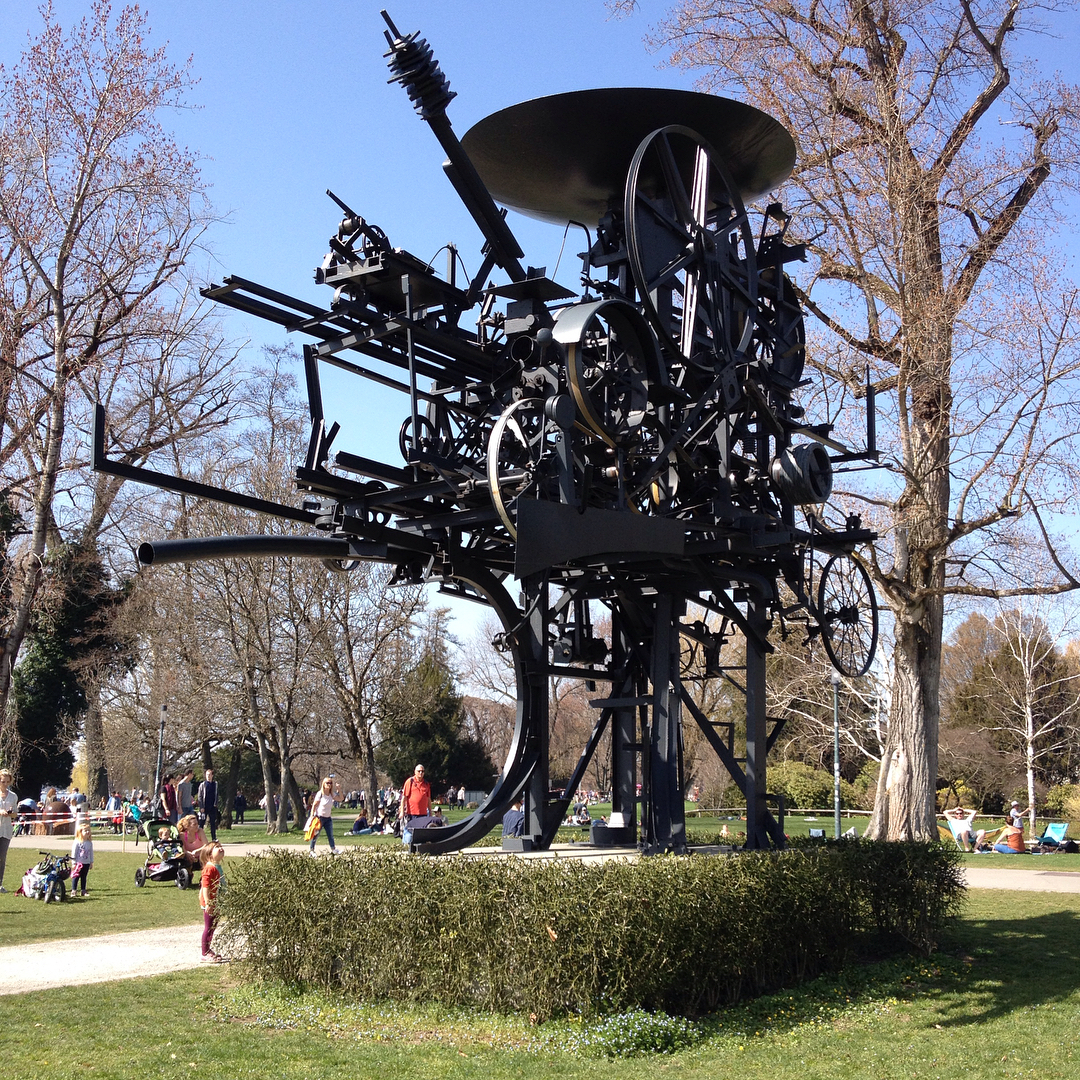 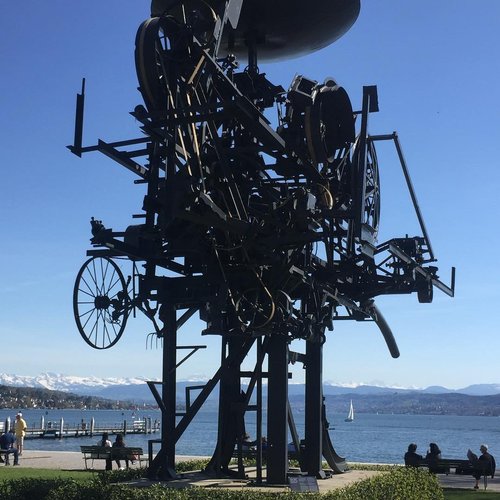 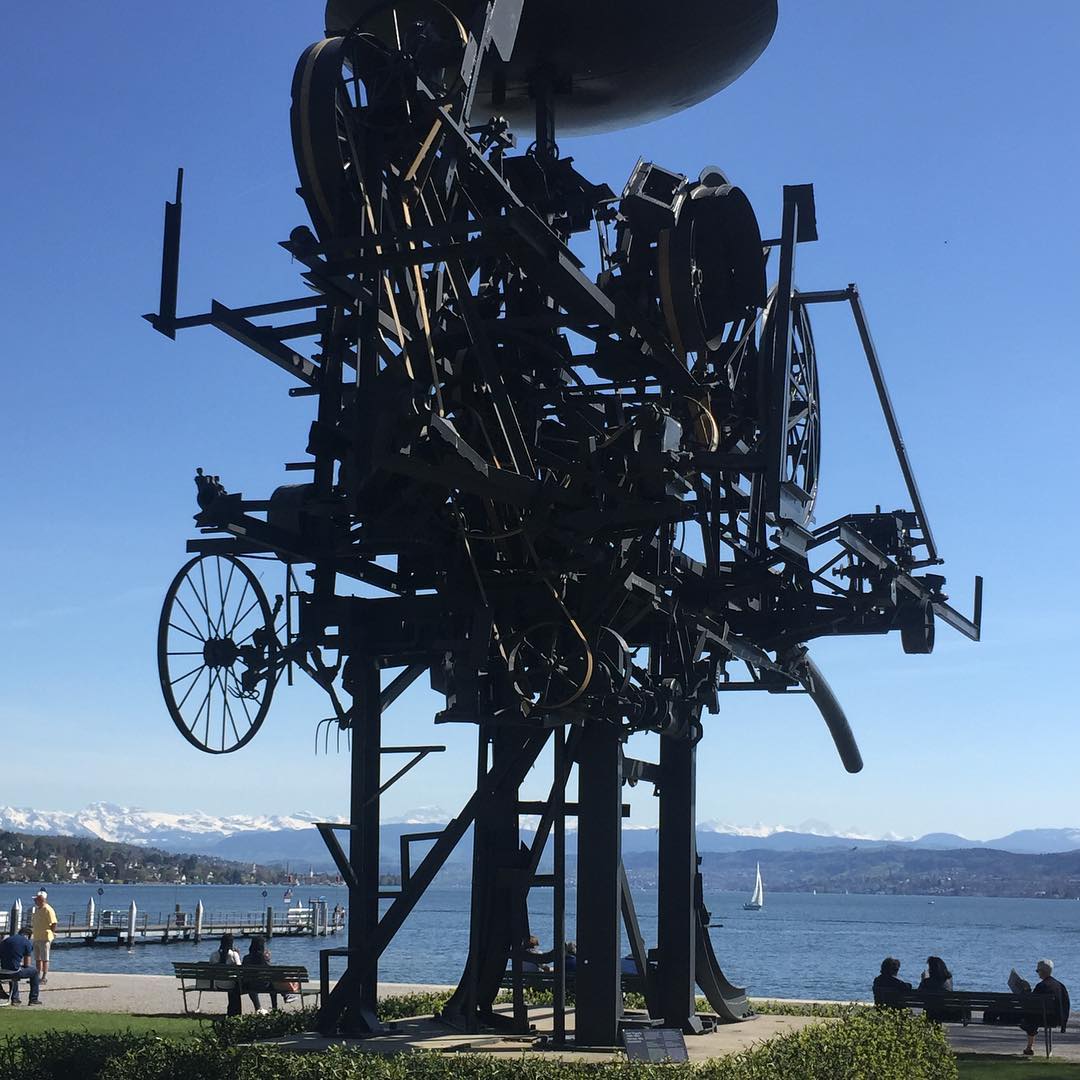 luciolakoenig, Zürichhorn, Wednesday, 18 April 2018
#visitzurich #art #jeantinguely #heureka #kineticart #alps #swissalps #zürichhorn such a beautiful day to walk barefeet on the the grass and enjoy this view and this artwork! It’s great too when it’s moving 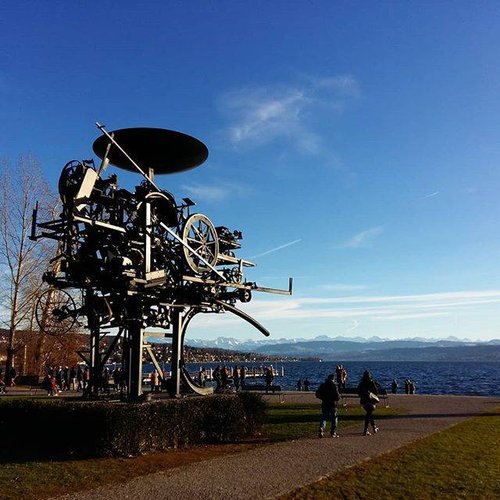 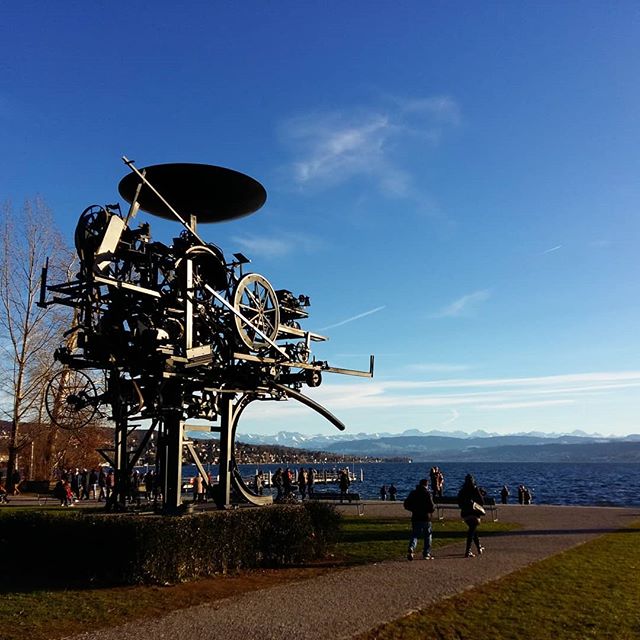 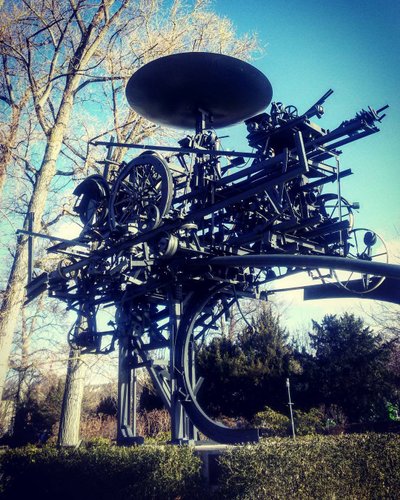 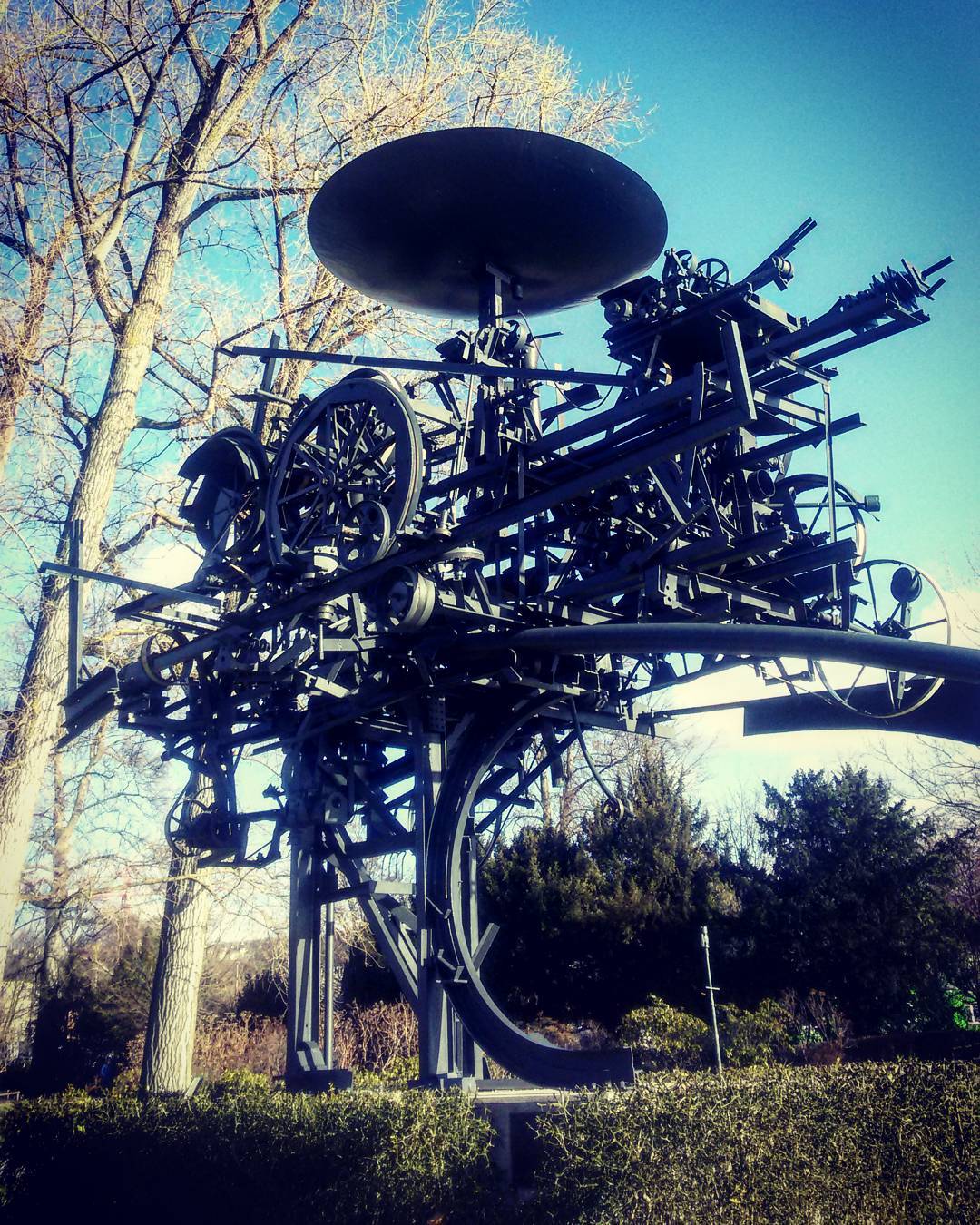 Jean Tinguely created the huge kinetic sculpture entitled “Heureka” out of iron bars, wheels, and metal pans and pipes for the National Exhibition in Lausanne in 1964. The name “Heureka” (Eureka) – which is Ancient Greek for “I’ve found it” – is meant ironically, for the sculpture is a machine without purpose. Tinguely’s “meta-mechanics” are understood the world over as allegories of consumerism in advanced industrial society which, having exhausted itself in hectic activity, still ends in absurdity. “Heureka” was Tinguely’s first public work.

The machine is still fully functional. From April to mid-October, it goes into operation every day at 11am, 3pm, and 7pm and runs for 8 minutes.

“Heureka” stands in a prominent location at Zürichhorn, with a wonderful view of Lake Zurich. The park can be reached with one of the Limmat boats, on a scheduled cruise boat, or by tram.

Jean Tinguely (1925 – 1991), who was born in the Swiss canton of Fribourg, devoted himself to kinetics – that is, the motion of material bodies under the action of forces – throughout his life. He grew up in Basel and did an apprenticeship as a decorator at the Globus department store. After attending the Basel School of Design, he lived for several years in Paris, where he created his first kinetic artworks. The artist, Niki de Saint Phalle, who was also very well-known at the time, was his second wife after fabric artist, Eva Aeppli.