The Ganymed sculpture has adorned the Bürkliterrasse since 1952. In mythology, the beautiful young boy of Zeus is abducted and taken to Mount Olympus. 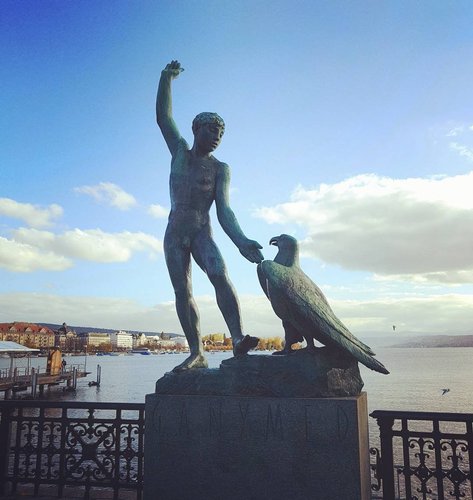 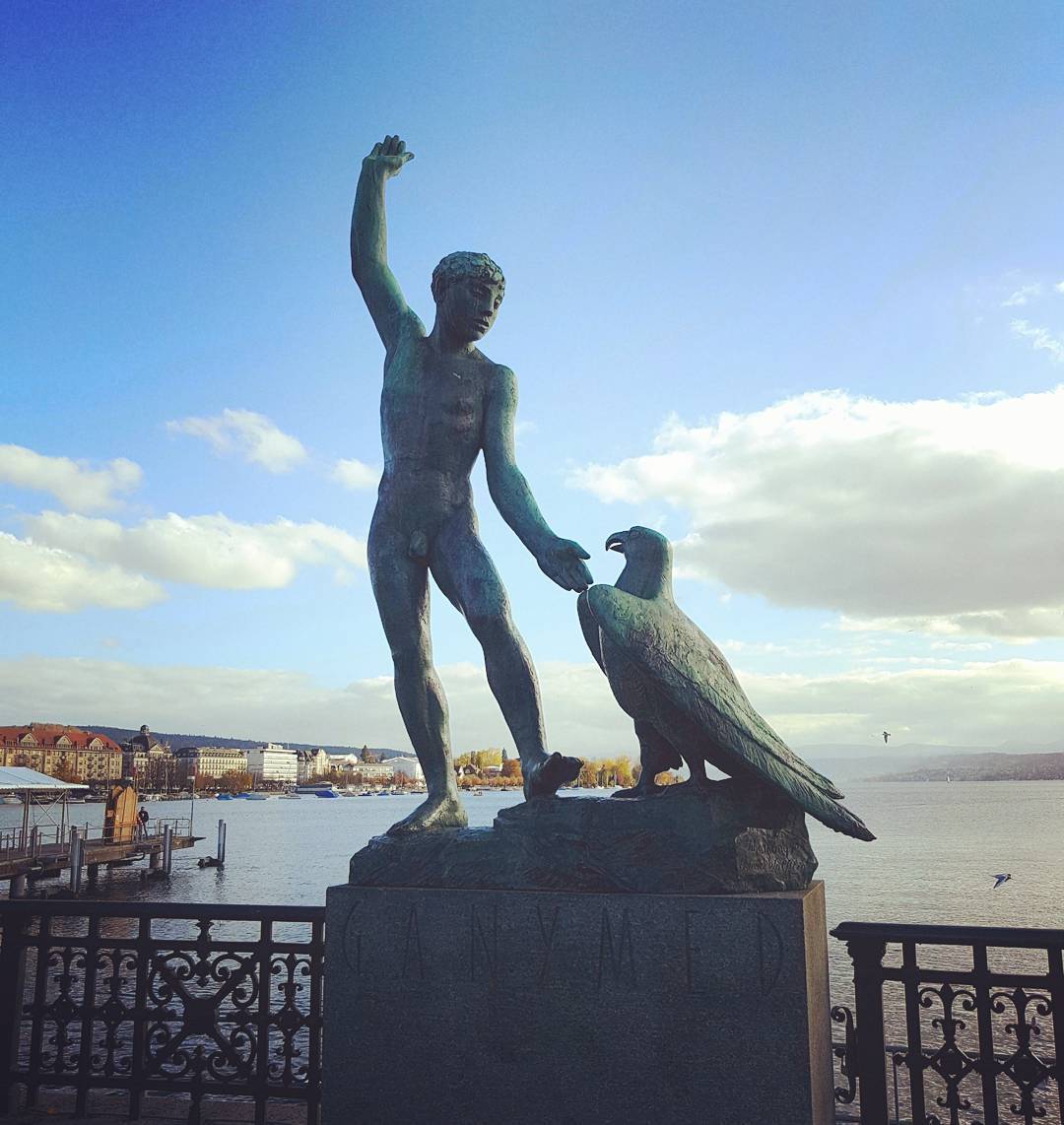 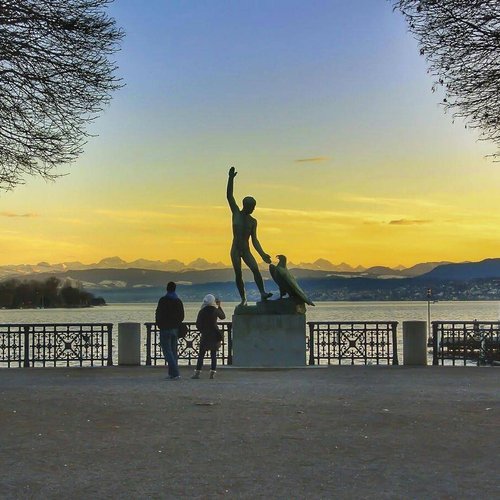 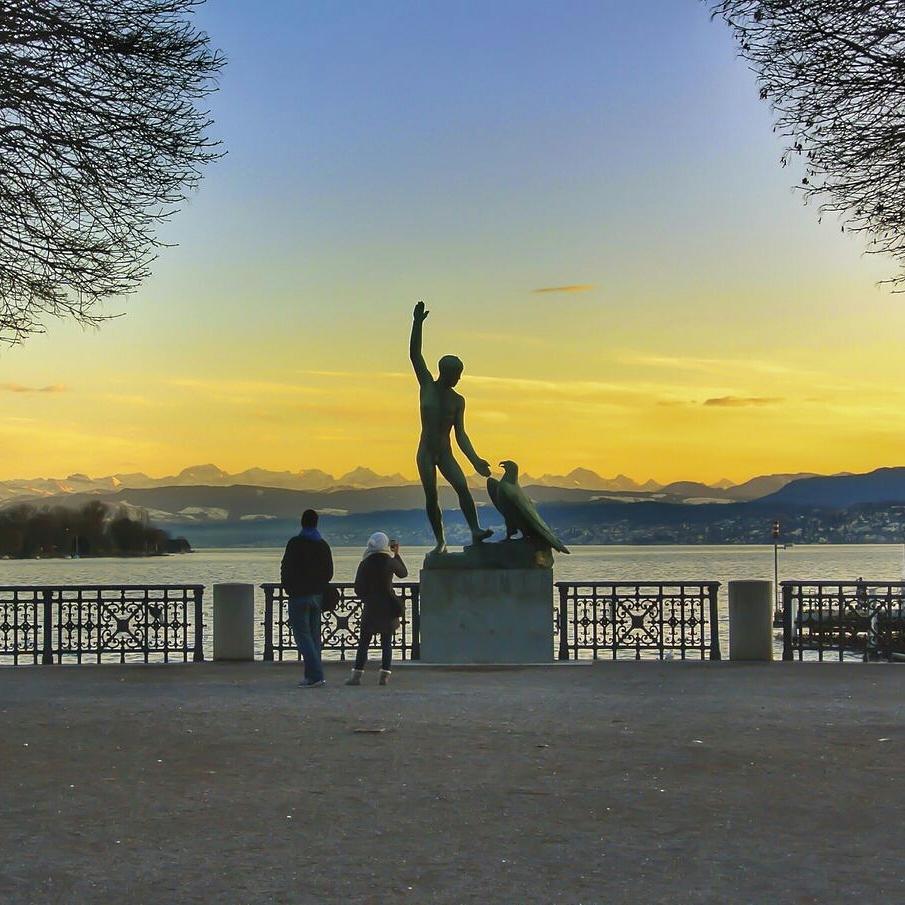 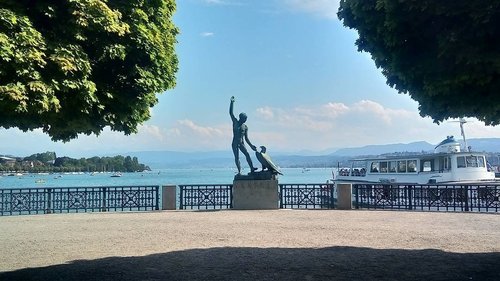 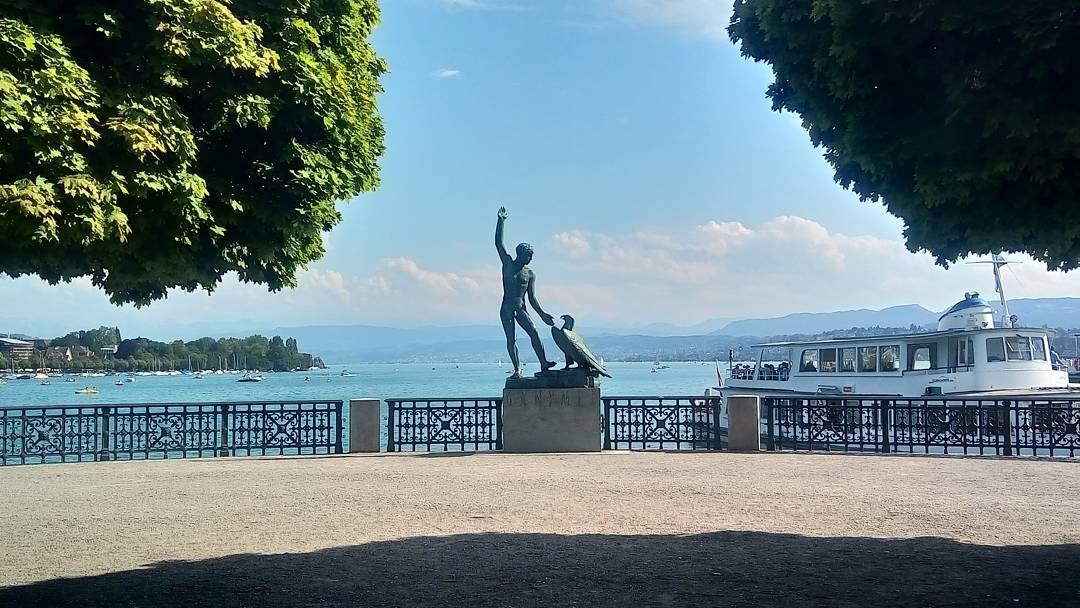 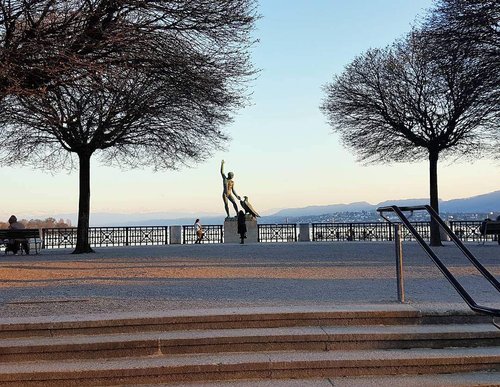 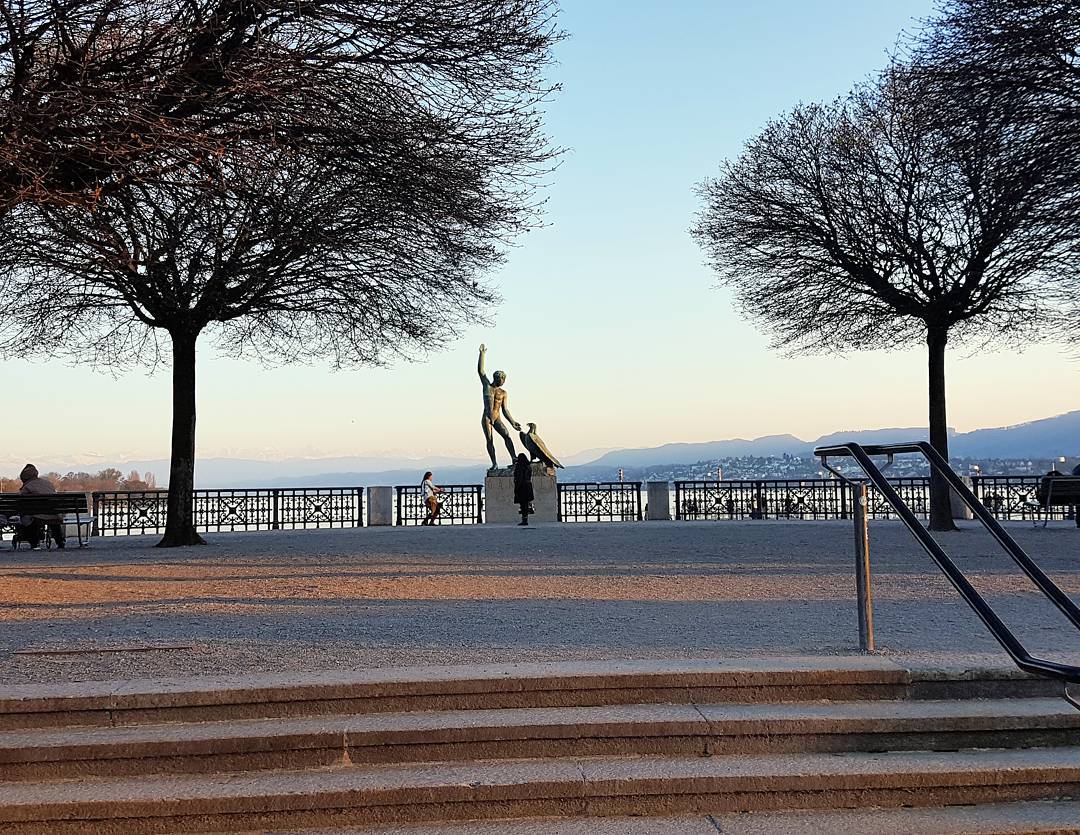 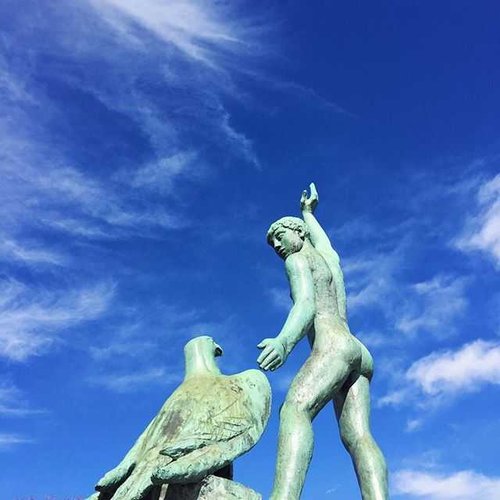 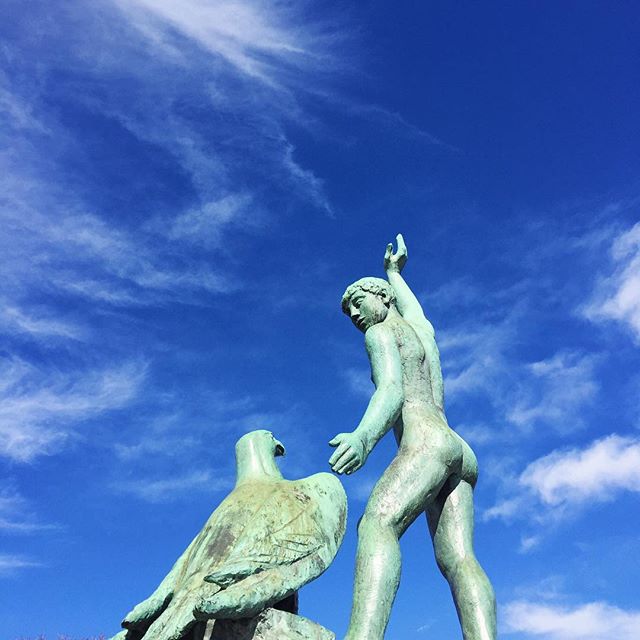 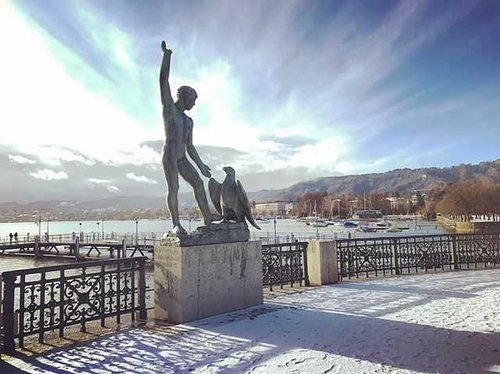 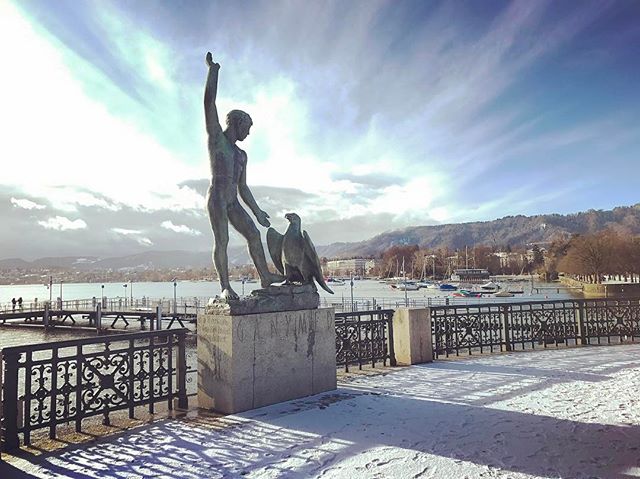 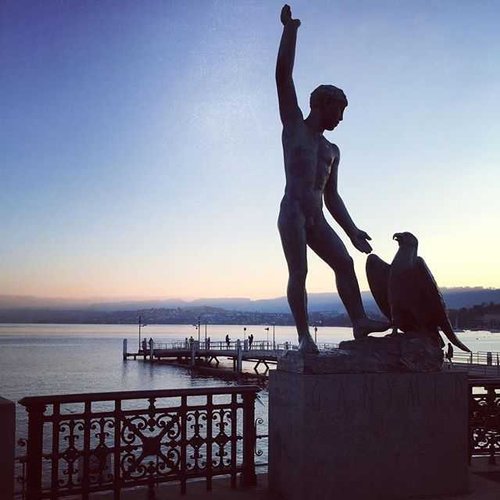 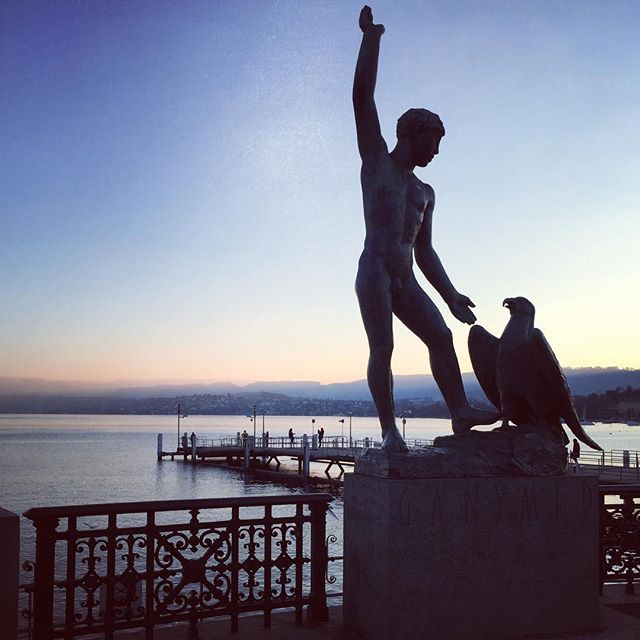 According to Greek mythology, Ganymede, the handsome king's son, was abducted by Zeus and taken up to the top of Mount Olympus. The statue completed by Hermann Hubacher in 1952 does not, however, depict this abduction instead symbolizes man's longing to ascend Mount Olympus. With an outstretched hand, Ganymede pleads with Zeus, the father of the gods (who appears as an eagle), to take him there.

The work of art is inspired by ancient mythology but artist Hubacher emphasized that his sculpture was “not a Greek Ganymed but rather a Swiss one”.