Located in Hardau Park in the western part of Zurich, this installation invites people to ponder, but also to enjoy a swing. 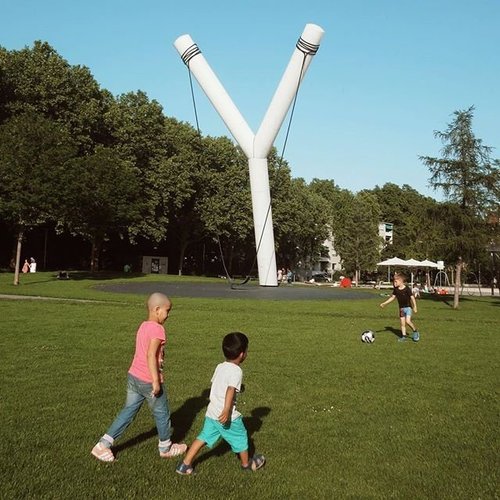 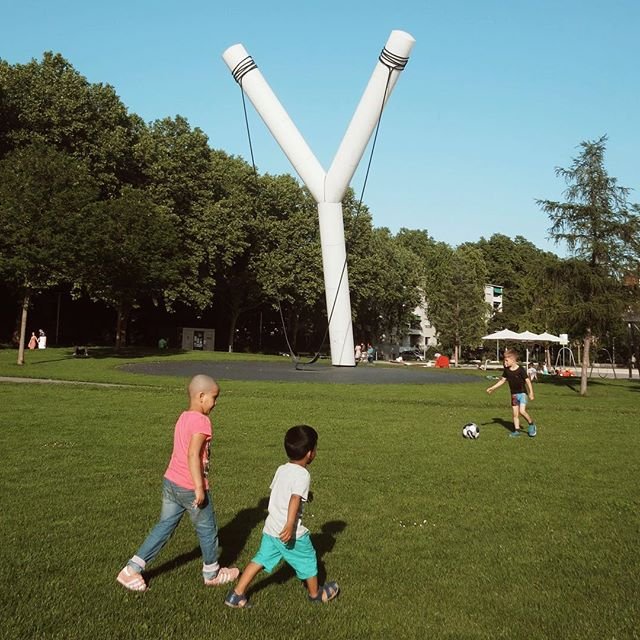 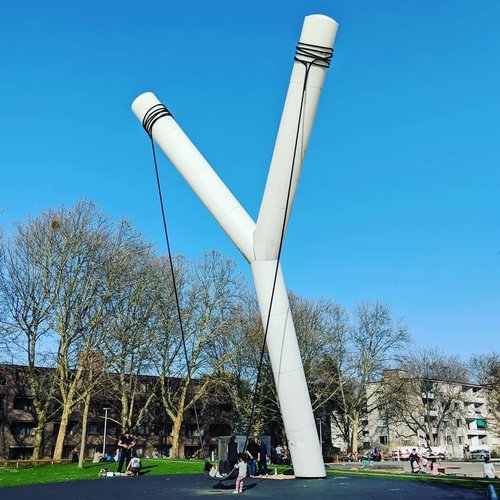 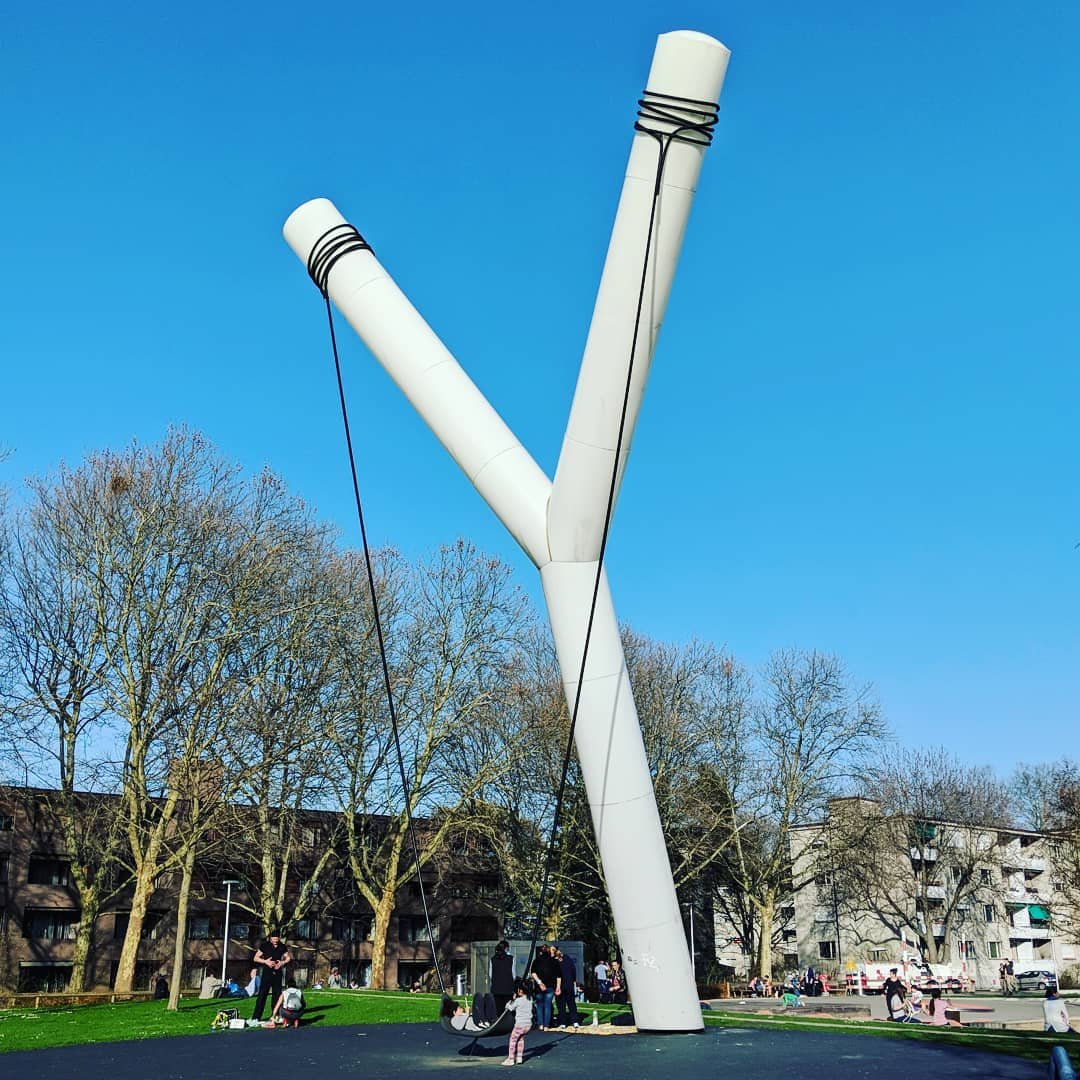 stefanobaghino, Hardau Park, Saturday, 7 April 2018
If you believed, they put a man on the Moon. 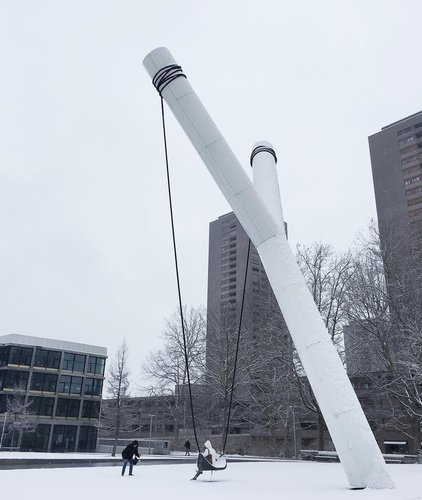 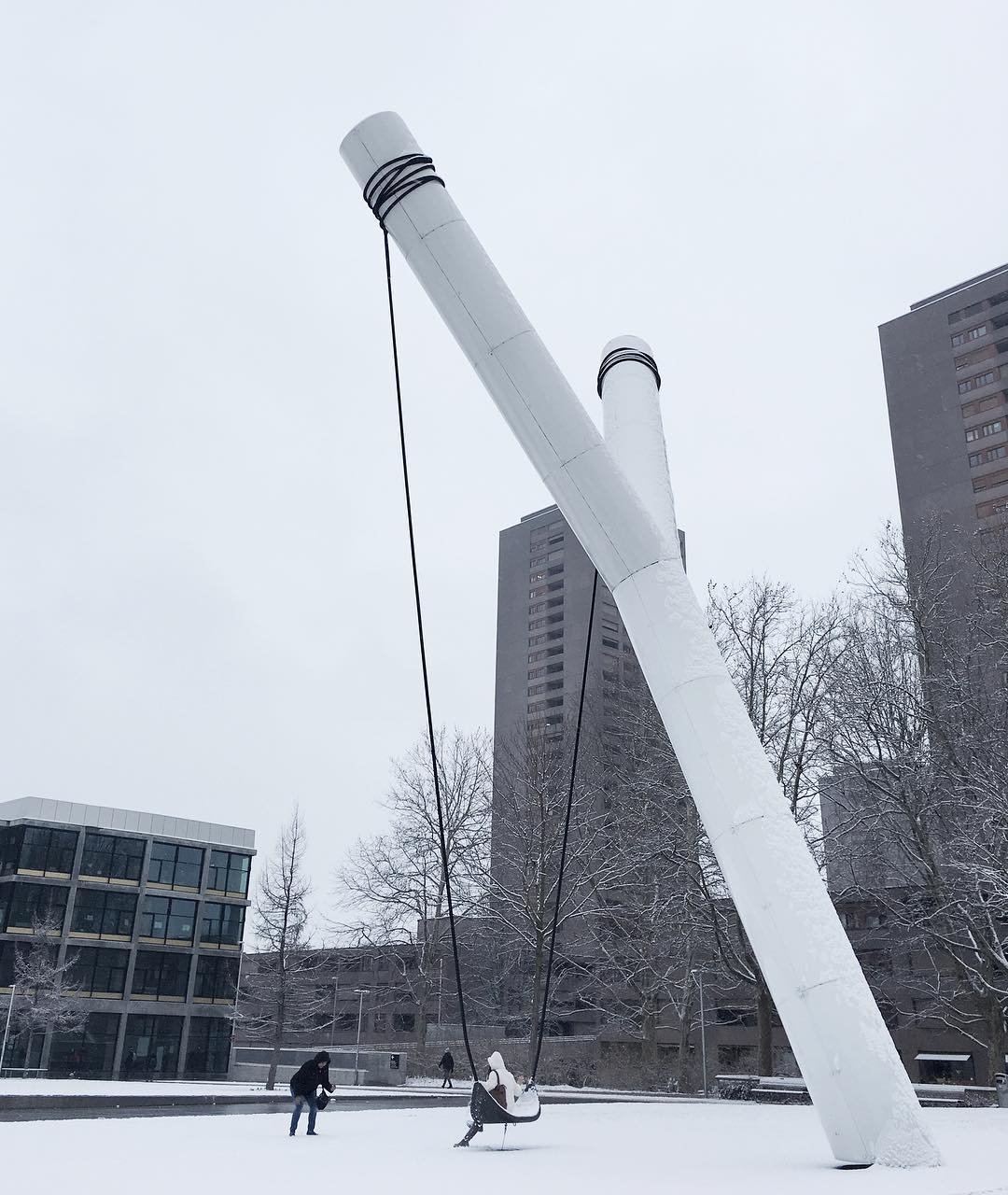 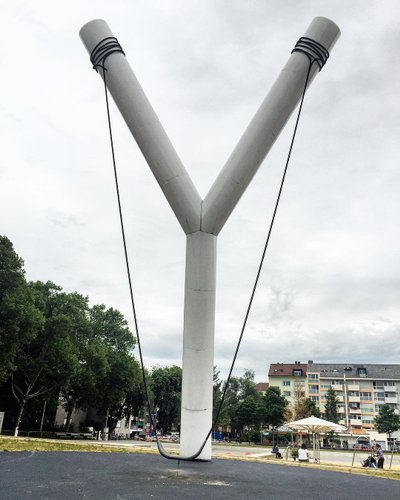 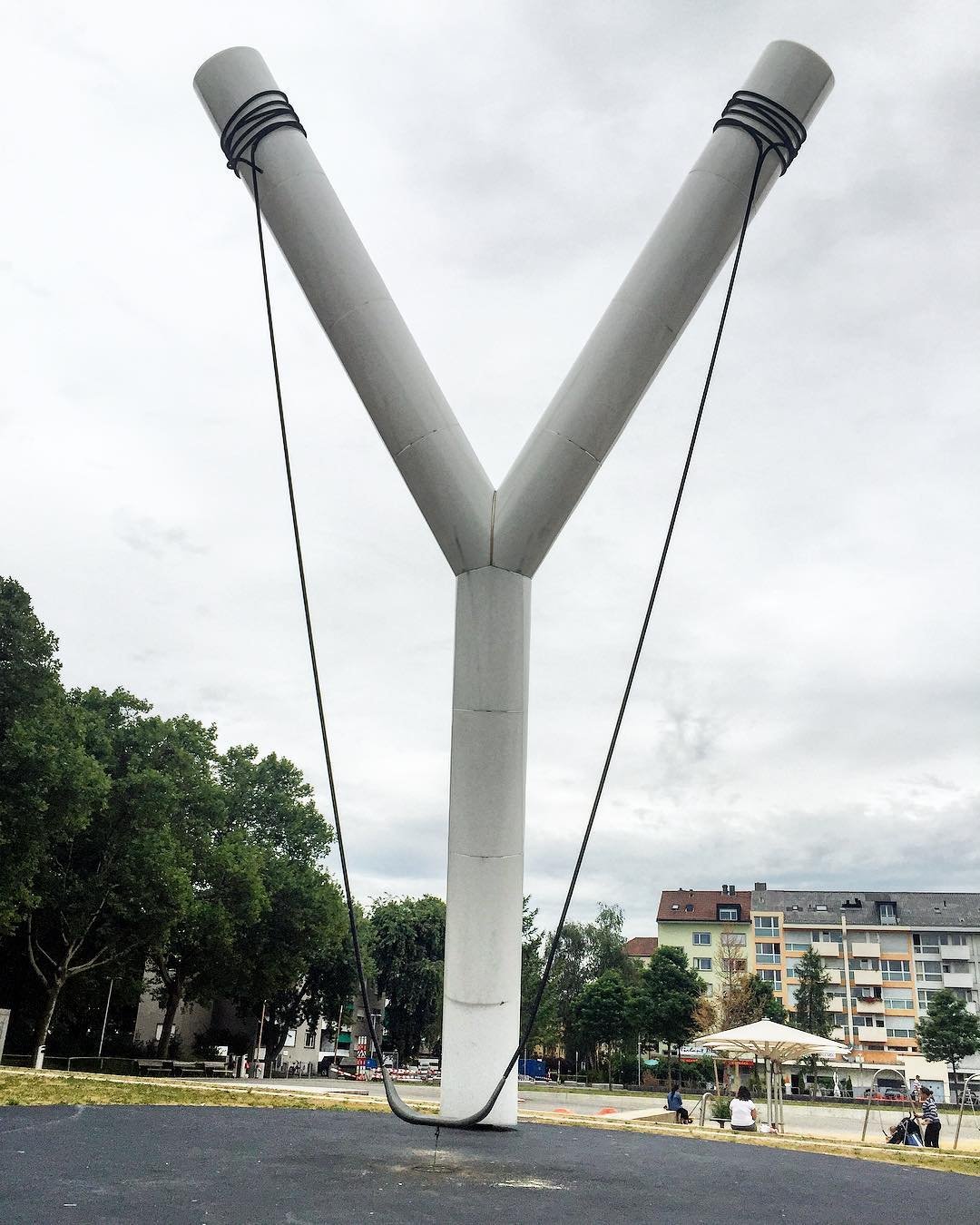 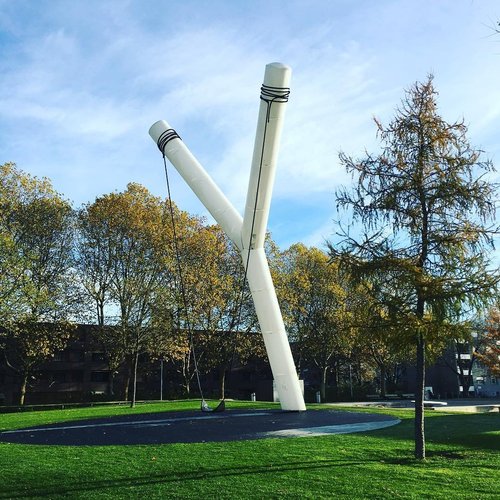 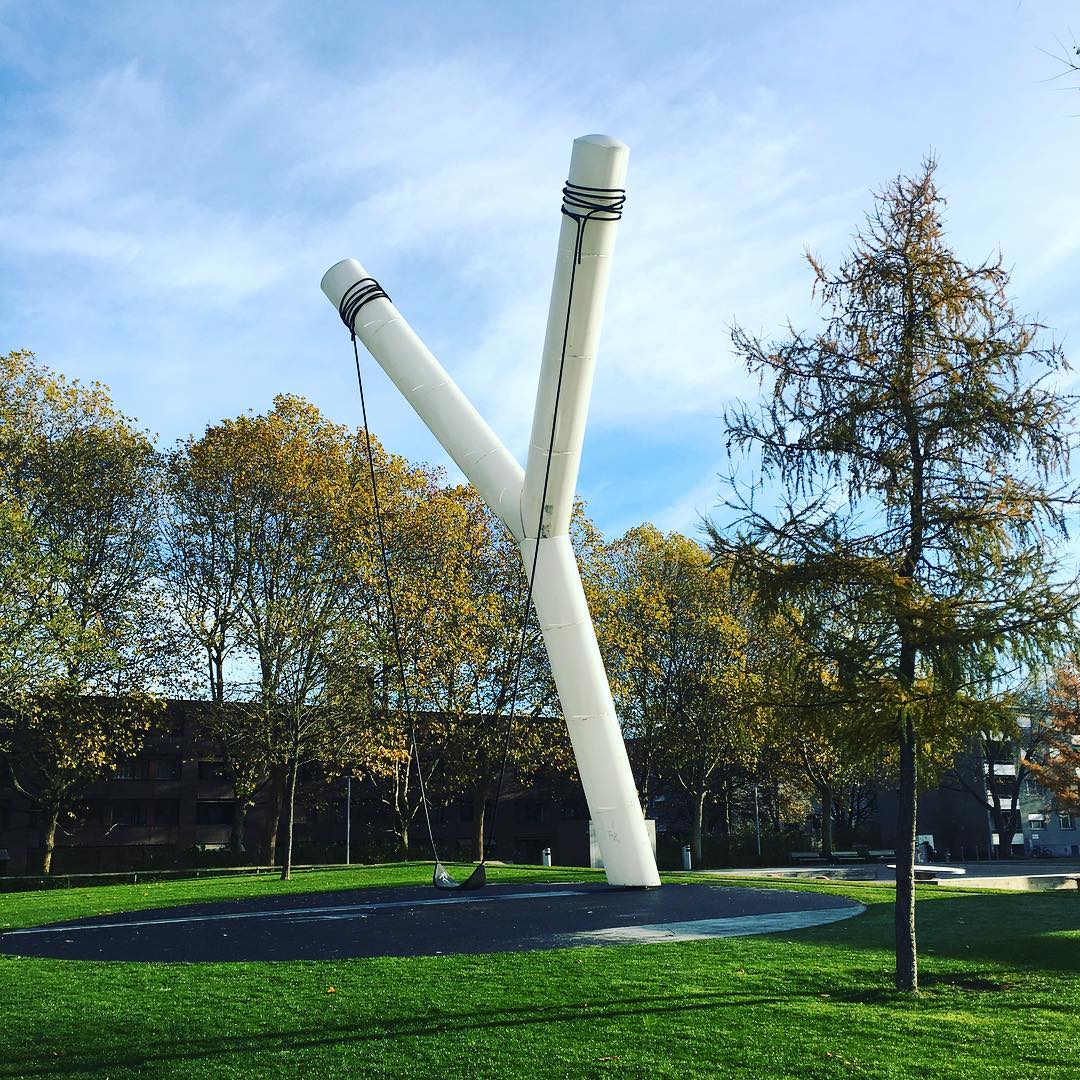 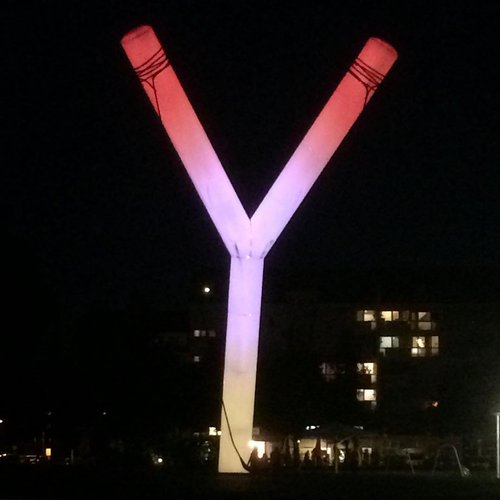 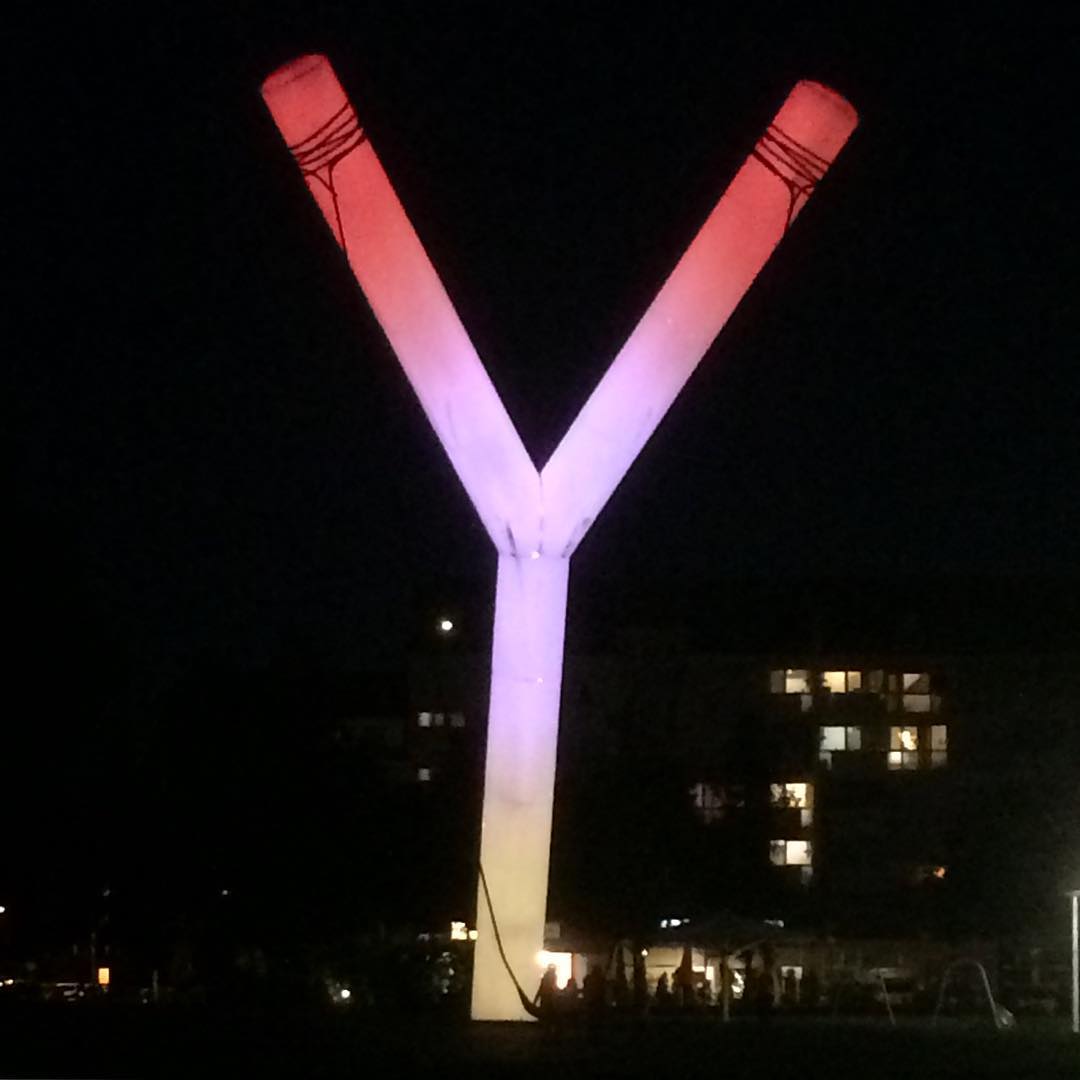 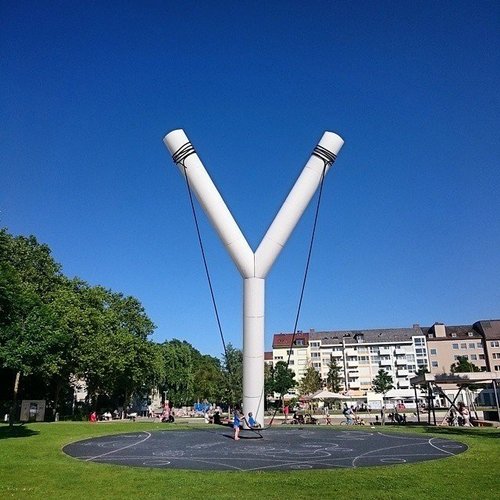 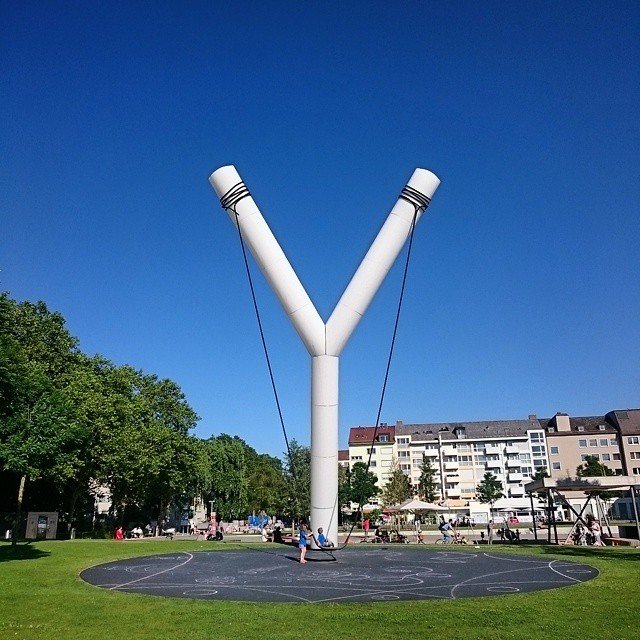 The 15 meter (49ft) tall sculpture, “Y”, by artist Sislej Xhafa stands in a park in the middle of the Zürich-West district. It has already caused some controversy due to its ambiguity. On the one hand, its title “Y” can also be understood in the sense of the question “why”. On the other, it resembles a slingshot, which, based on the Bible story about David and Goliath, can be seen as a symbol of resistance. Not least, however, it also functions as a giant swing – much to the delight of the children from the neighborhood.

This work of art is as tall as a house. It can also be used by children as a gigantic swing and is illuminated at night.

Hardau Park in Zürich-West is used by different generations and cultures.