From its position in front of the 25hours hotel in Zürich-West, the chrome steel sculpture by artist Alex Hanimann shines and reflects its surroundings. 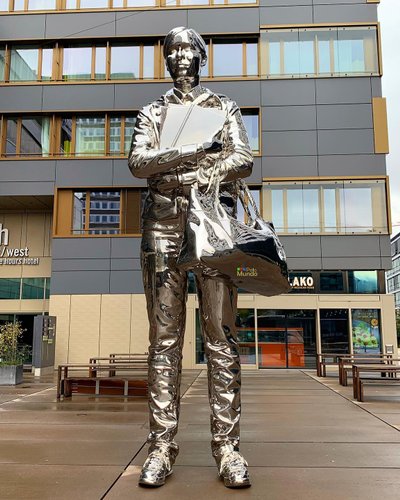 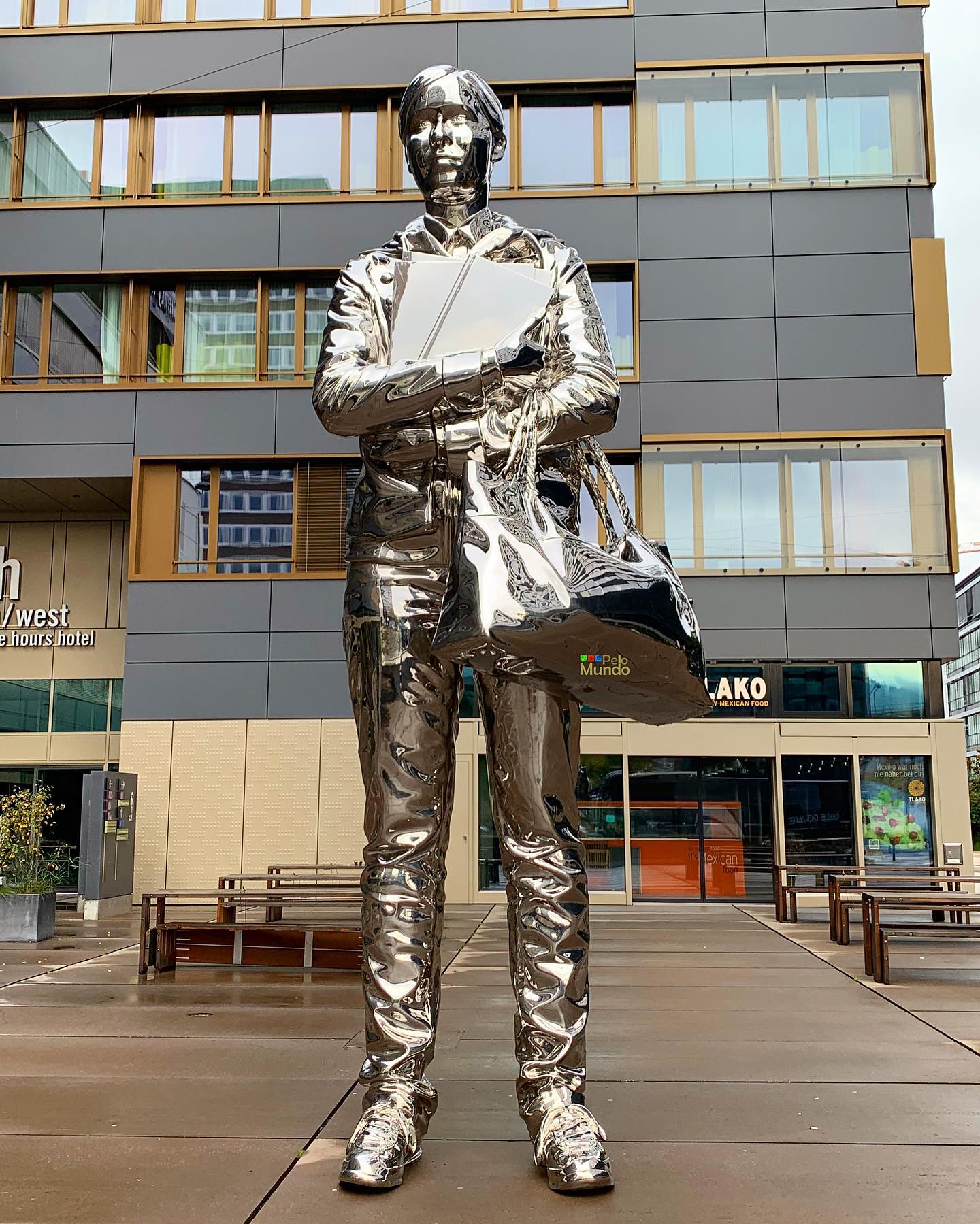 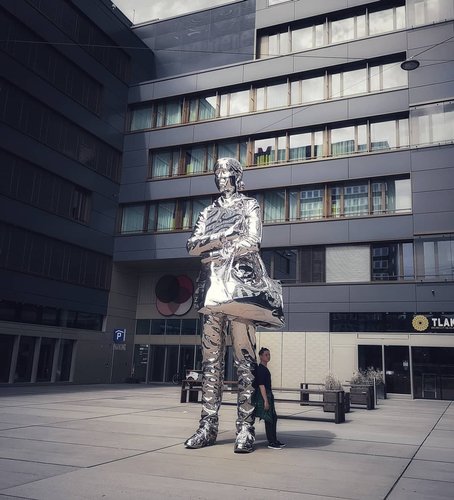 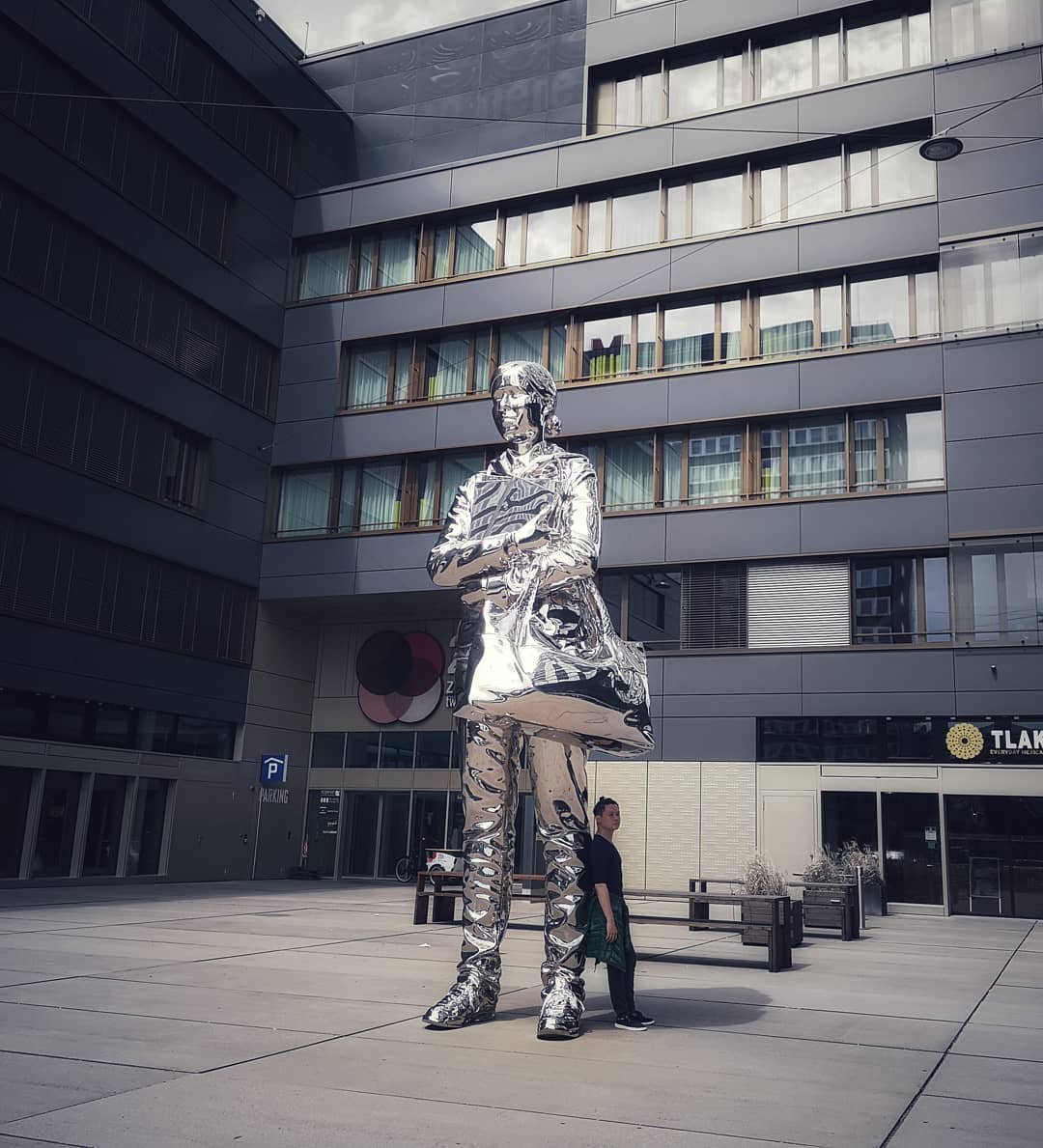 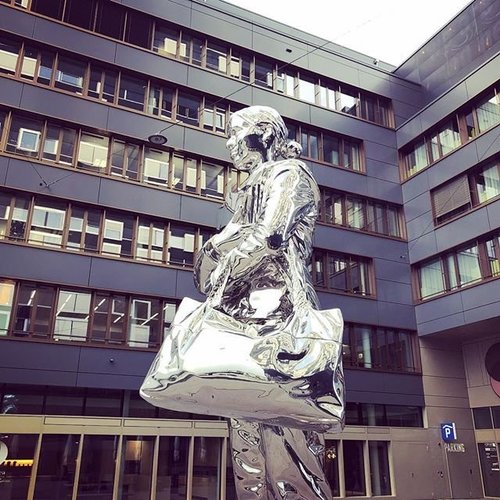 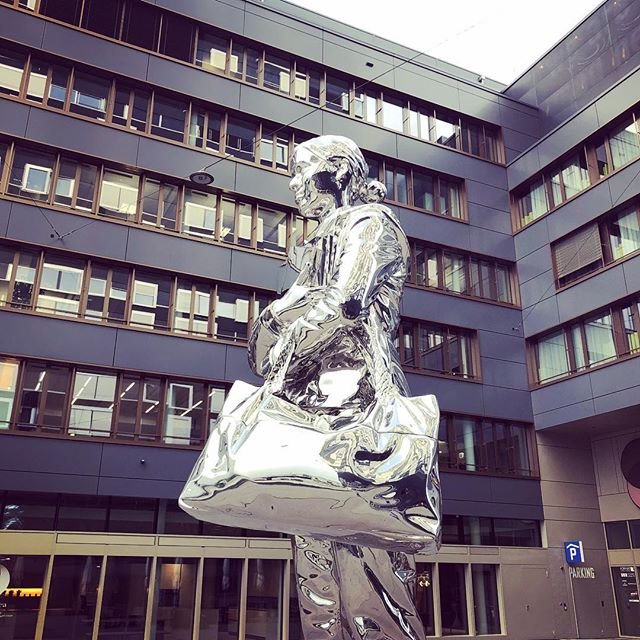 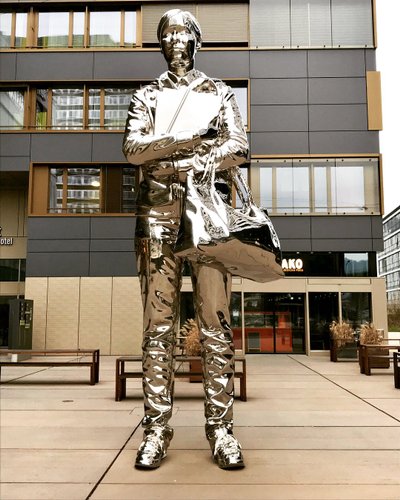 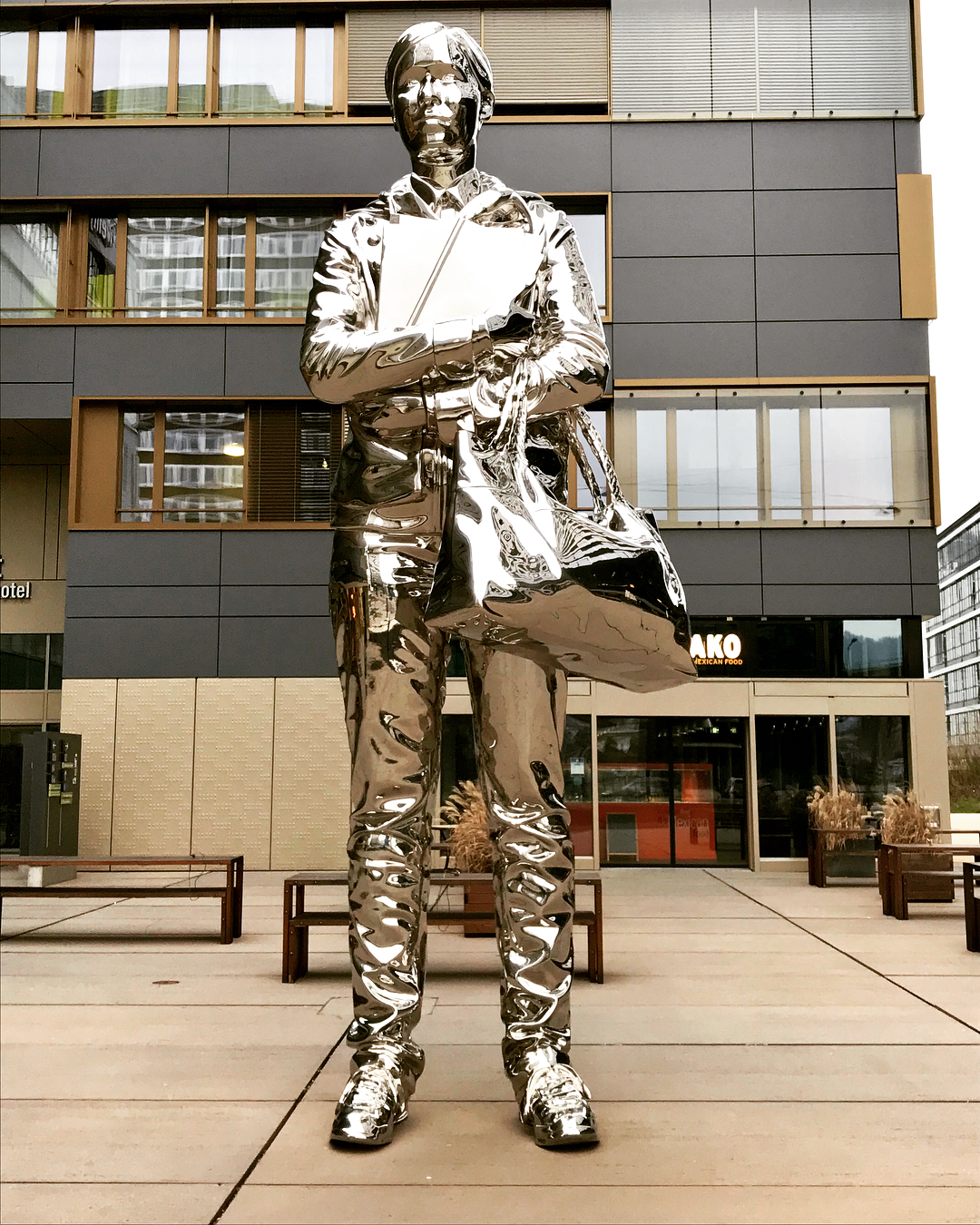 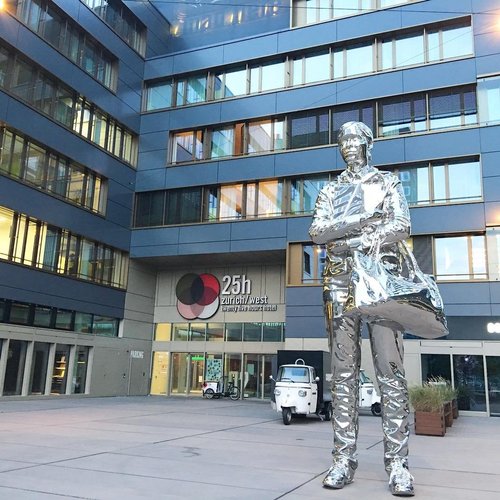 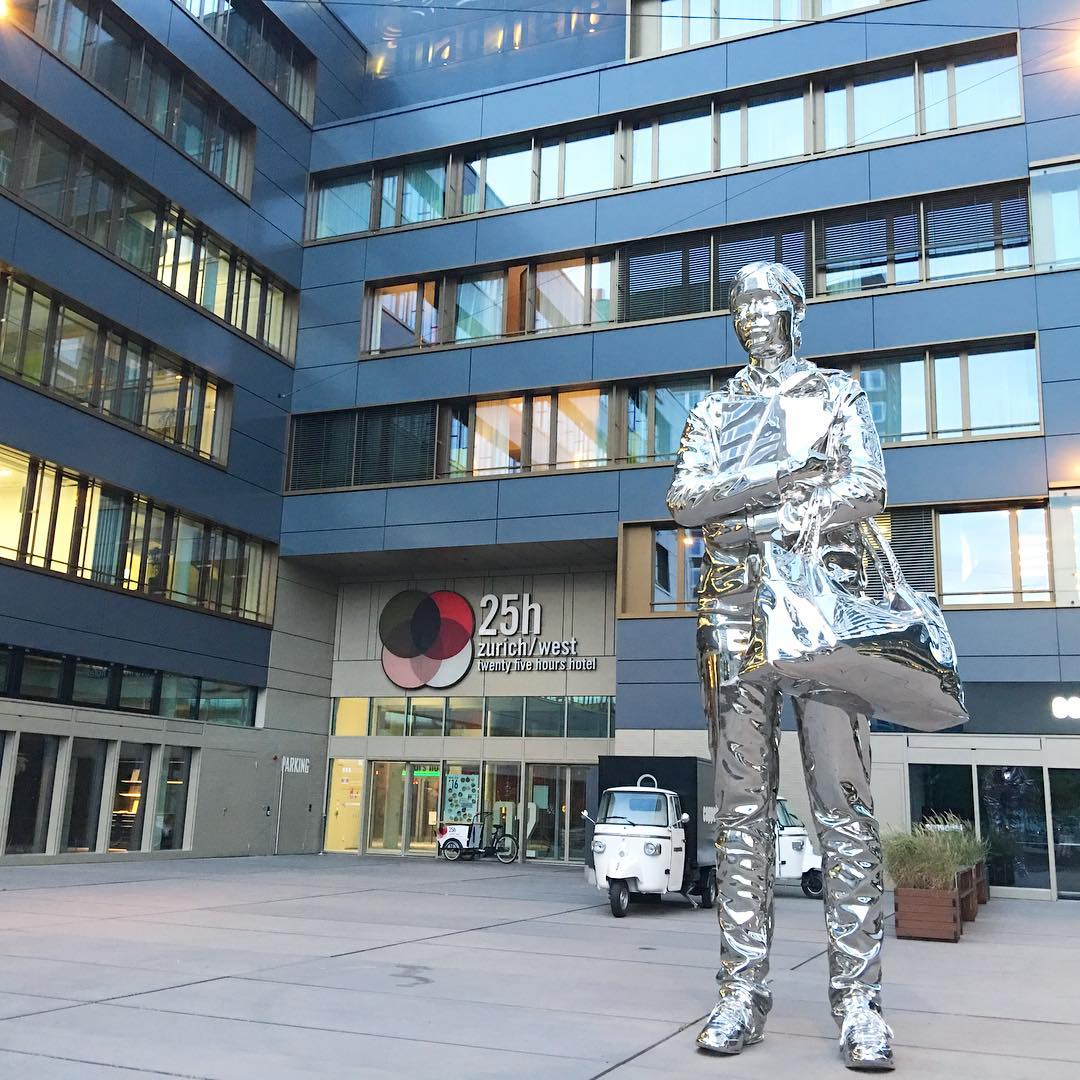 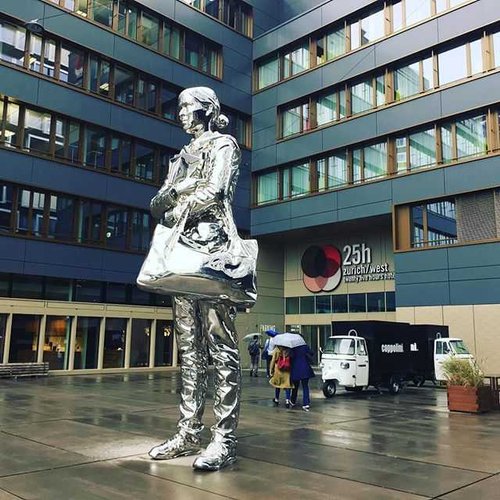 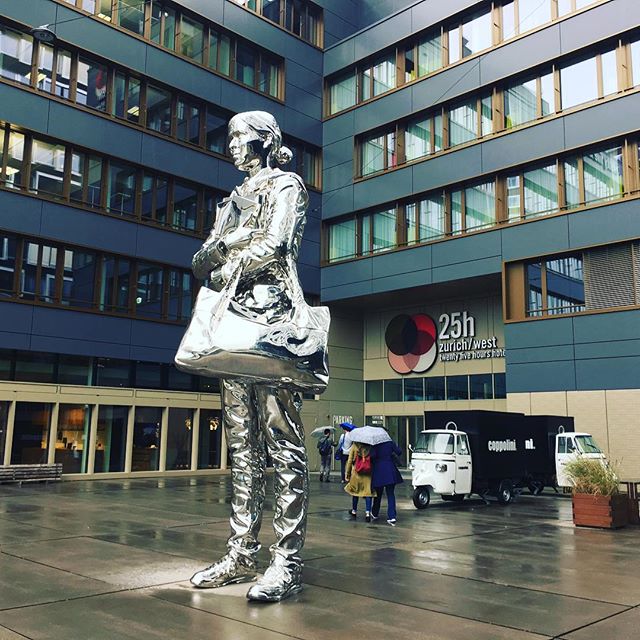 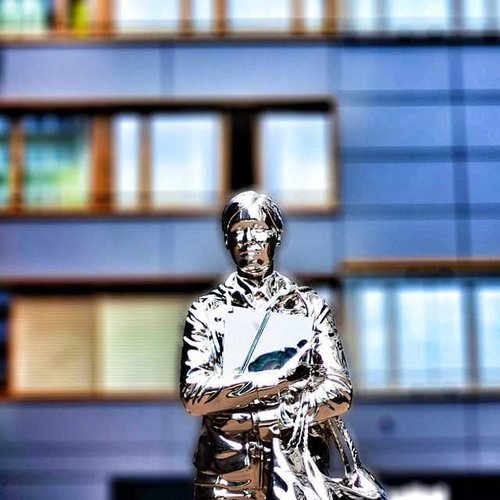 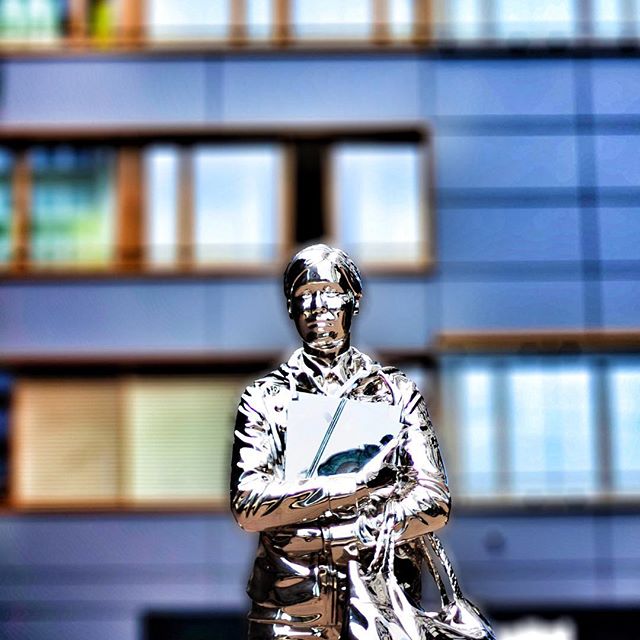 Just like the artwork, “Towers”, at Escher-Wyss-Platz, the figure of “Anne-Sophie” was created within the framework of the art festival, “Art and the City”. The over 5-meter (16.4ft) tall chrome steel sculpture stands in front of the 25hours hotel Zurich-West. This larger-than-life figure was based on a real person who was a music student at the time and represents the youth of her generation and of the Zürich-West quarter.

During the “Art and the City” art festival, “Vanessa” originally stood on Steinfelsplatz in Zürich-West. This figure became a kind of mascot for the festival. However, when this artwork was returned to its owner after the thee-month loan period, the artist, Alex Hanimann, immediately set about creating a second, permanent figure.

“Anne-Sophie” stands in front of the 25hours hotel in Zürich-West and embodies the youth of both her generation and the quarter.

Alex Hanimann (born in 1955) is a Swiss artist and Professor of Visual Communication at Zurich University of the Arts. His field of activity focuses on drawings, paintings, Lettrism, graphic prints, and object art.