Situated on Escher-Wyss-Platz, the artwork, “Towers”, by Los Carpinteros pays homage to the former industrial quarter. 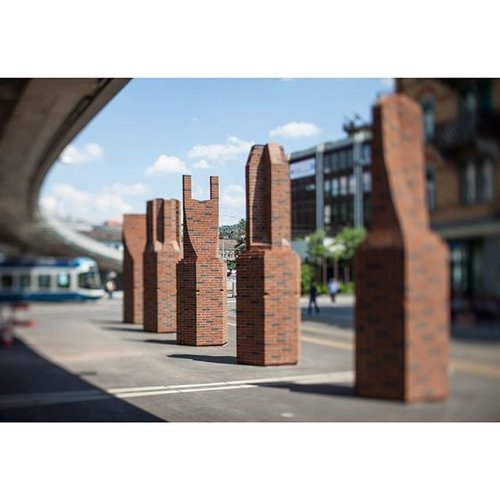 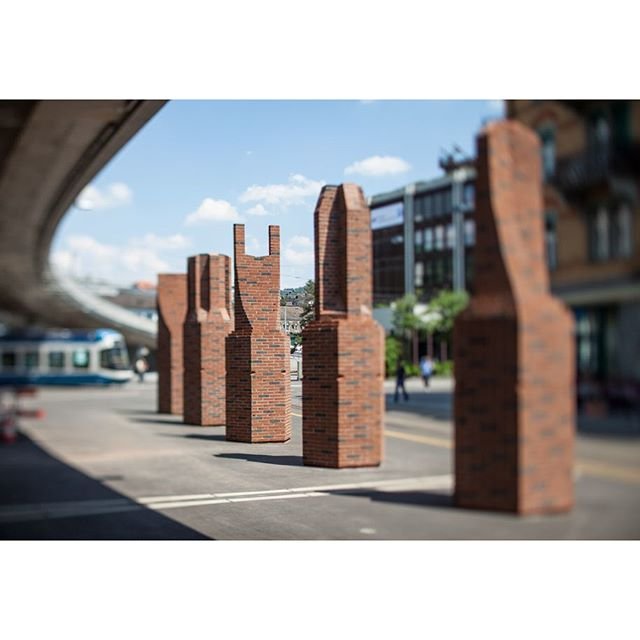 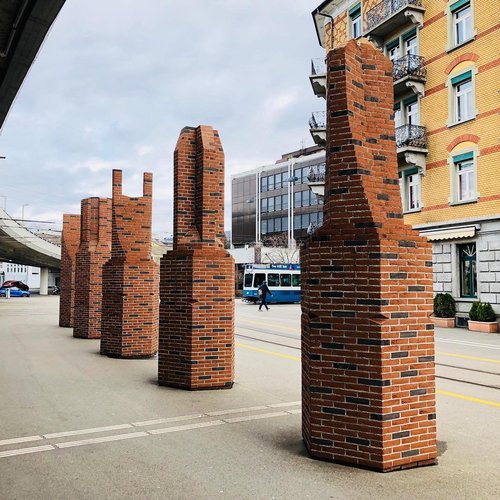 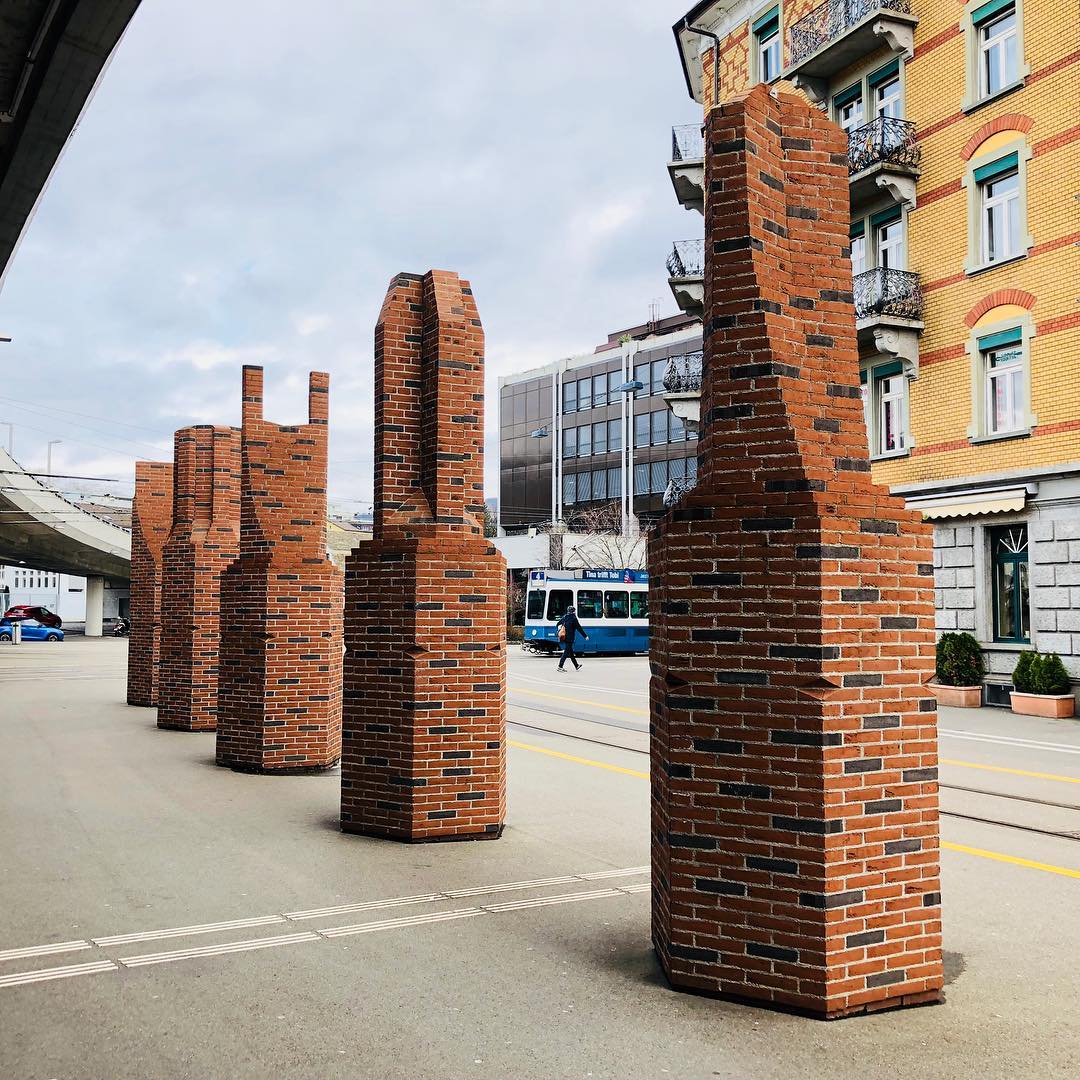 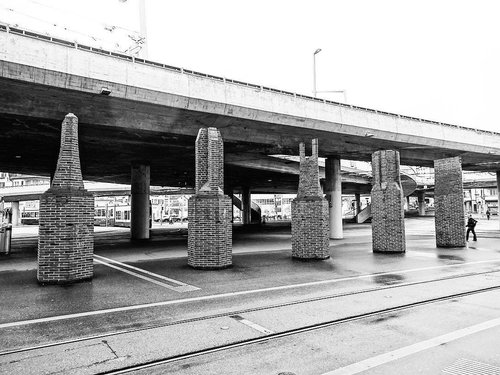 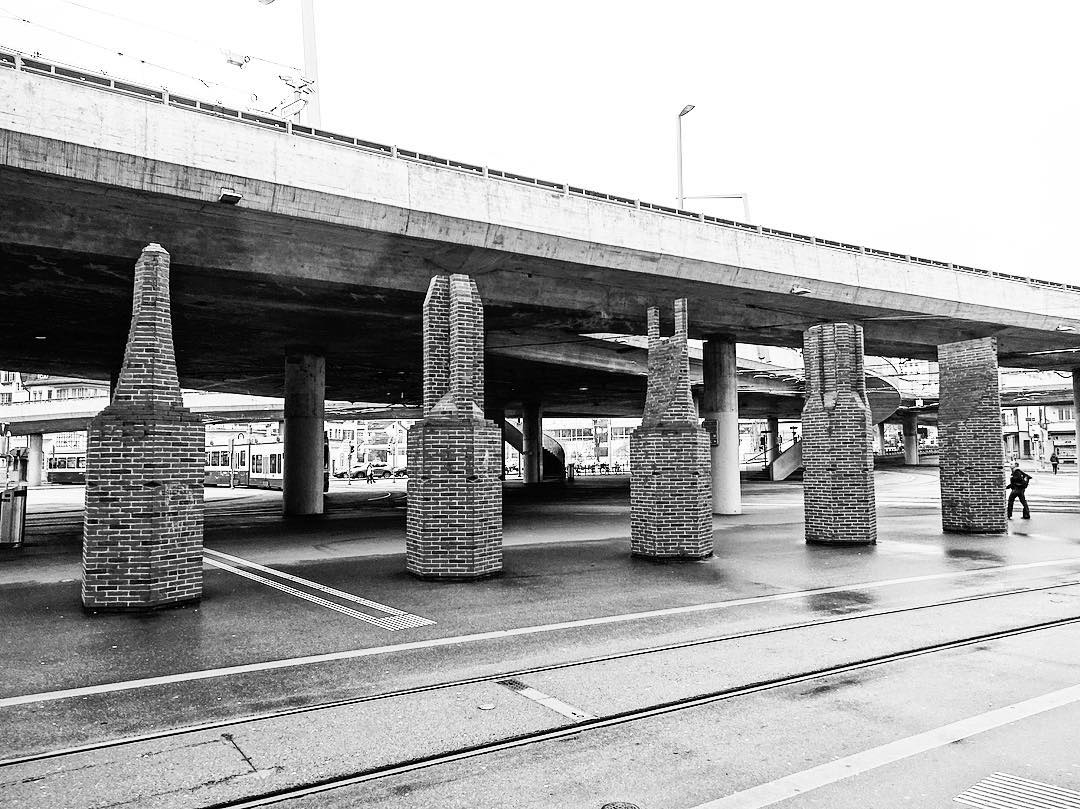 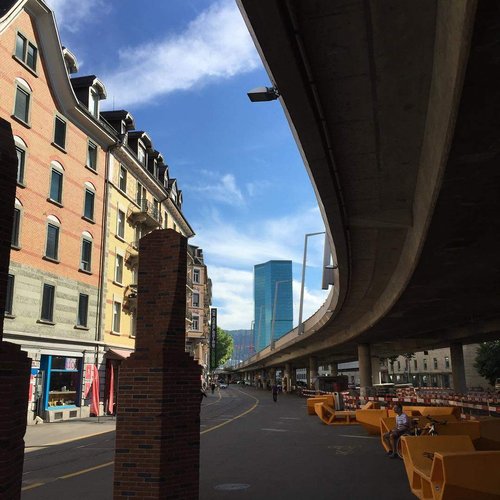 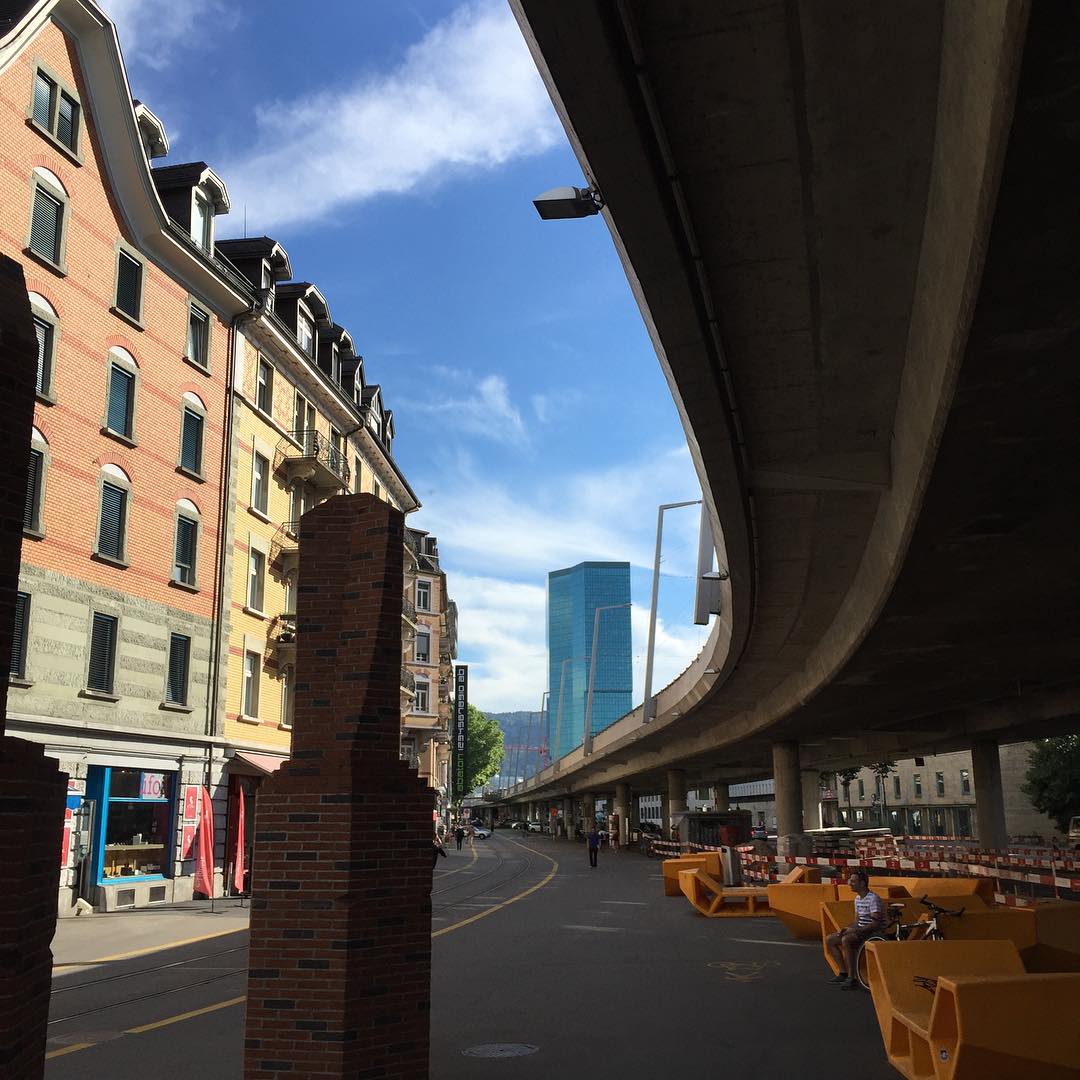 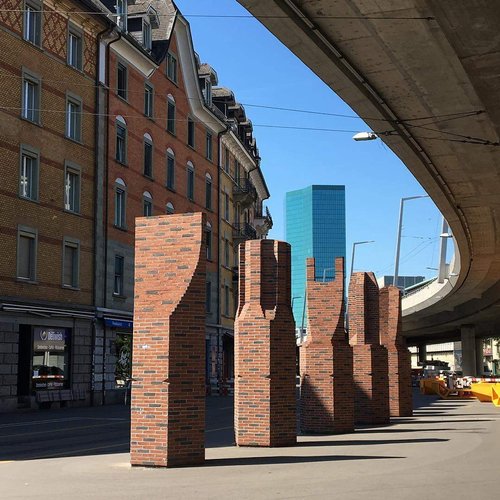 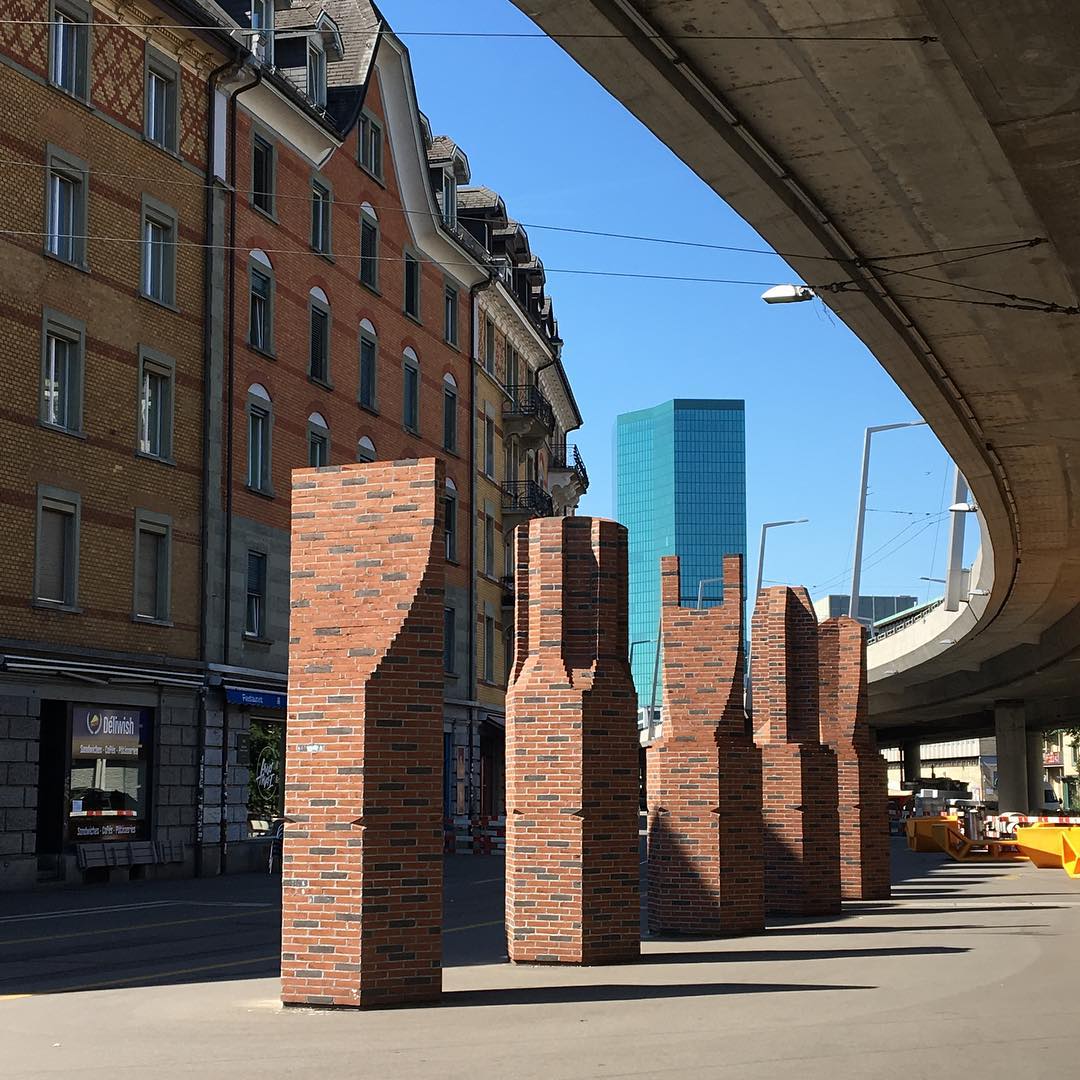 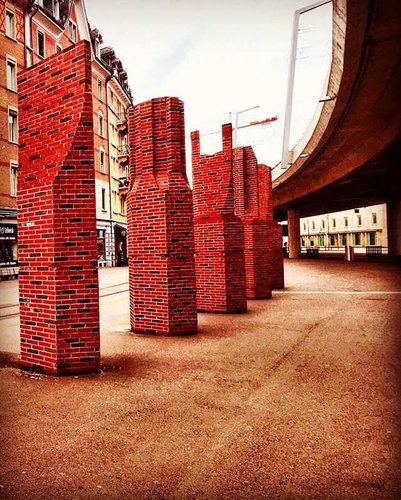 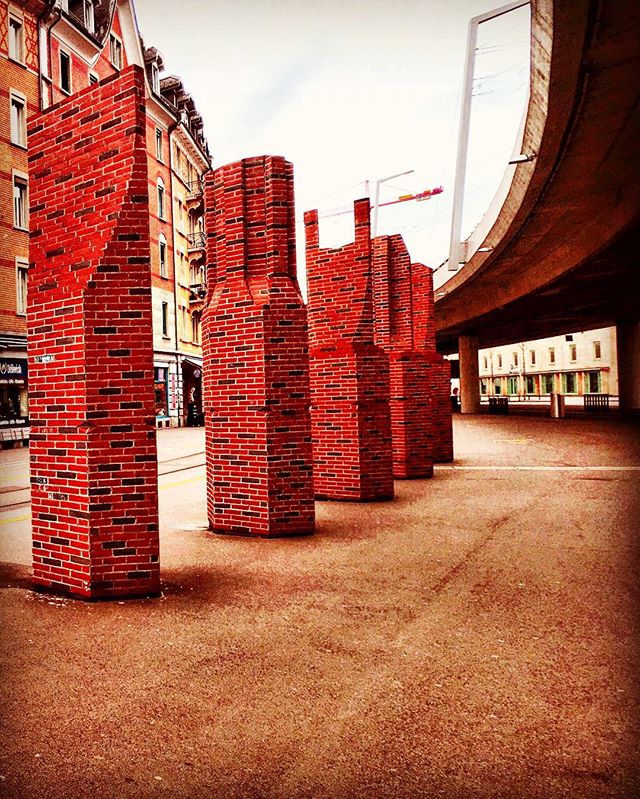 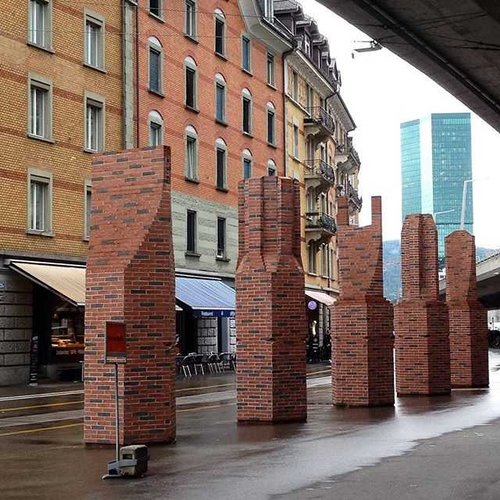 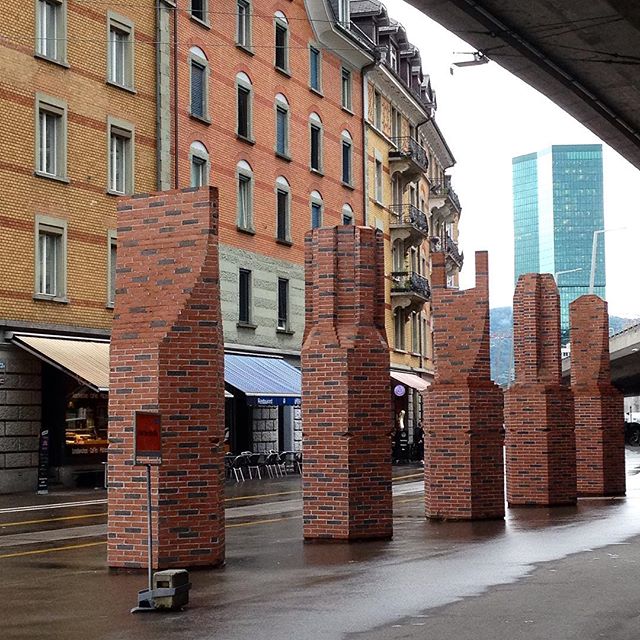 The monumental, five-part sculpture by the Cuban artist duo, Los Carpinteros (The Carpenters), stands on Escher-Wyss-Platz in Zürich-West. The work was created in 2012 as part of the art festival, “Art and the City”. The five sculptures take the form of various drill bits. The artists, Los Carpinteros, regard their work as a homage to the industrial past of the Zürich-West district.

The public response to this temporary installation was so enthusiastic that the Walter A. Bechtler Foundation purchased three of the five sculptures and loaned them to the City of Zurich for 10 years. Subsequently, the artists decided to leave the remaining two sculptures where they were during this time so that the ensemble would remain complete.

The artist duo, Marco Antonio Castillo Valdés (born in 1971) and Dagoberto Rodríguez Sánchez (born in 1969), were part of the Cuban artist collective, Los Carpinteros (the carpenters). In their works, architecture, design, and sculpture merge with masterly drawings and large-format sculptures in a surprising and often ironic way. On doing so, the artists are commenting on politics and society by means of everyday objects.