The Unterer Letten is the oldest riverside bathing facility in the city of Zurich, and is a popular meeting place among local residents. 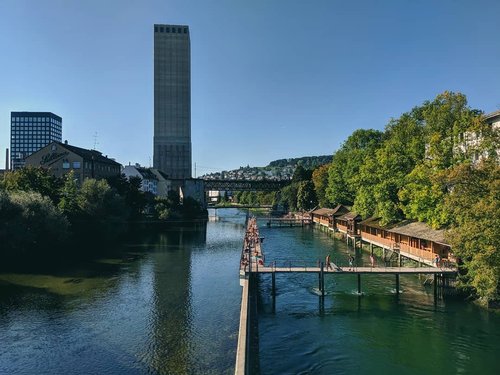 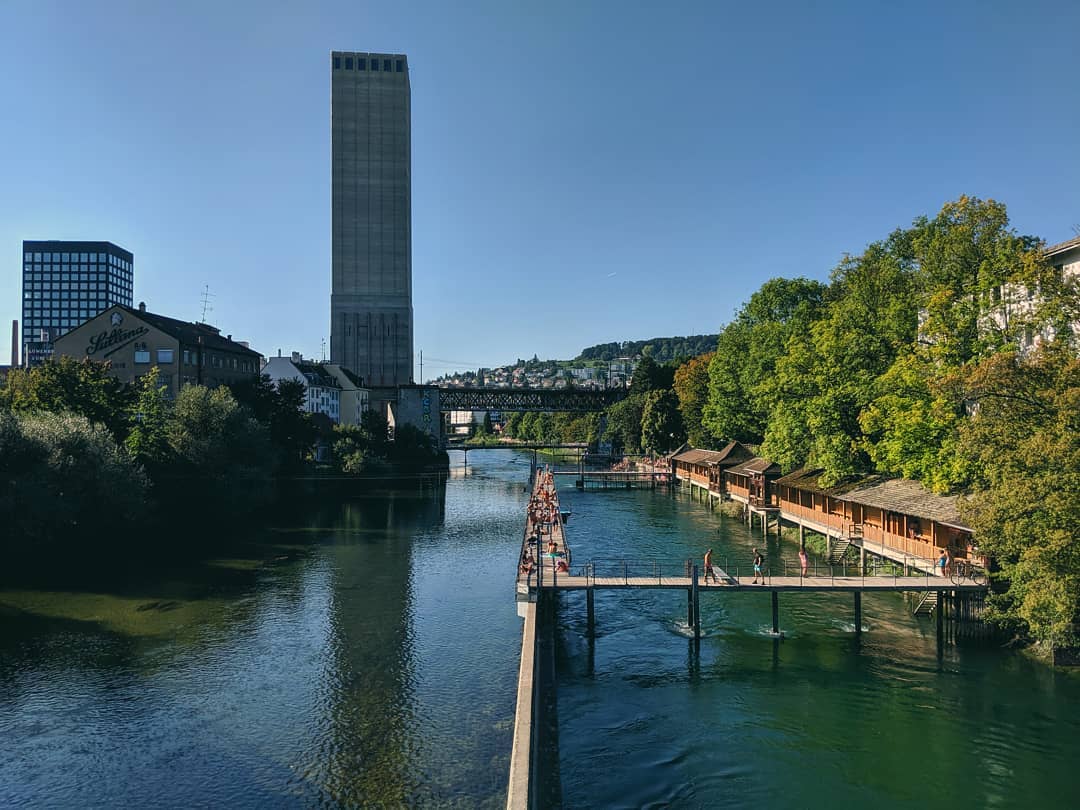 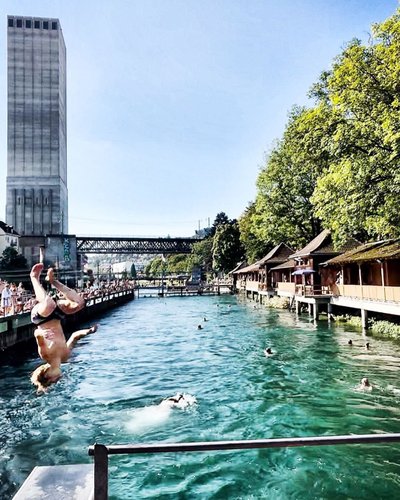 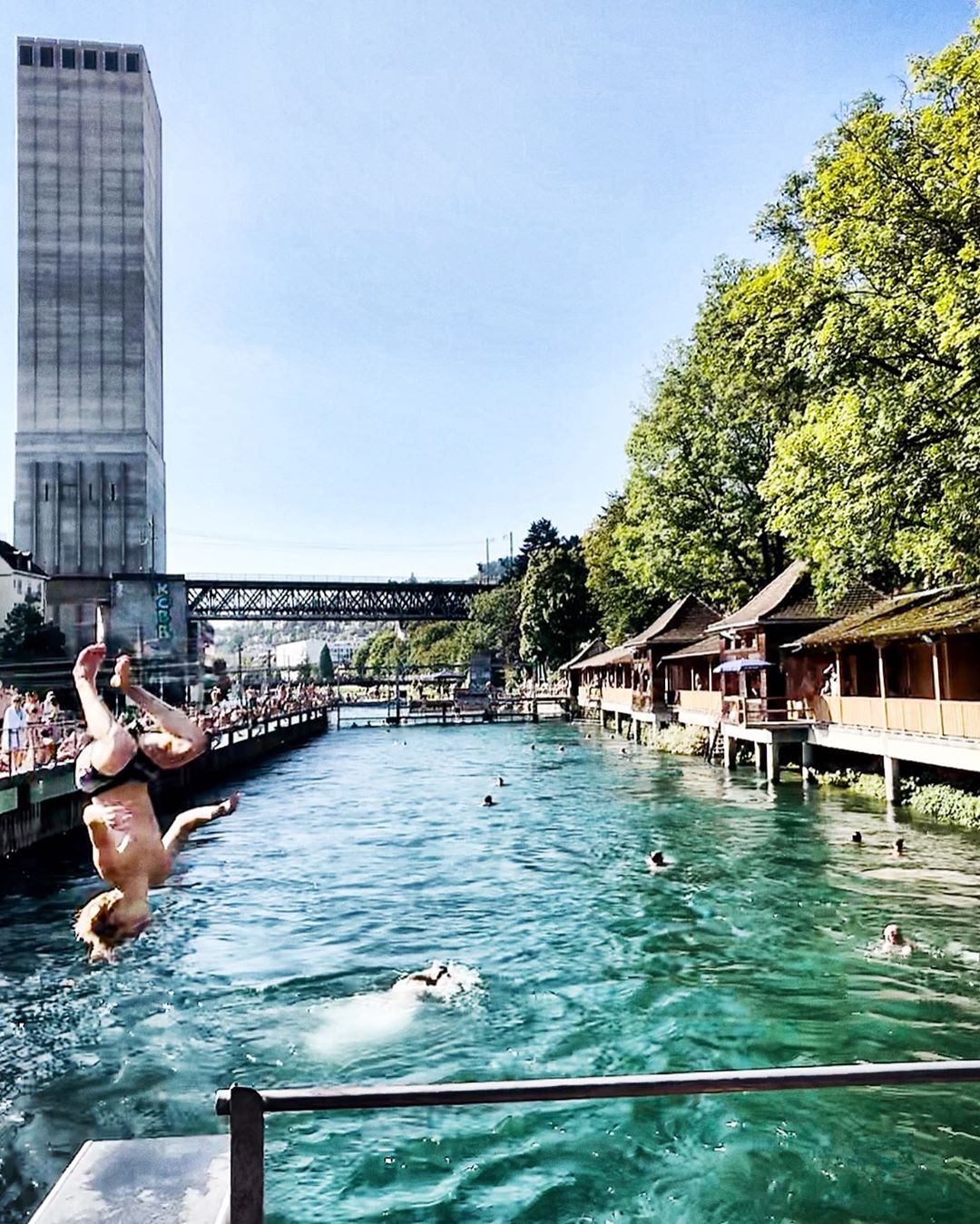 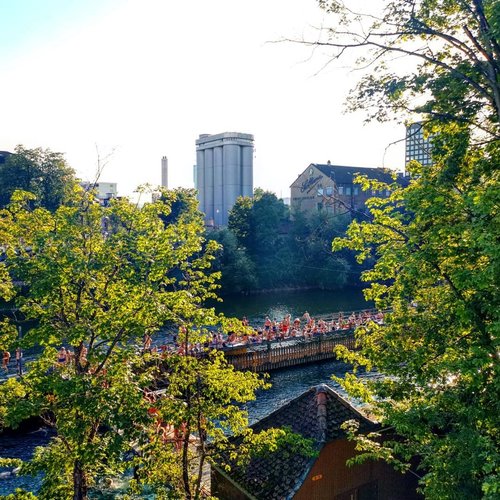 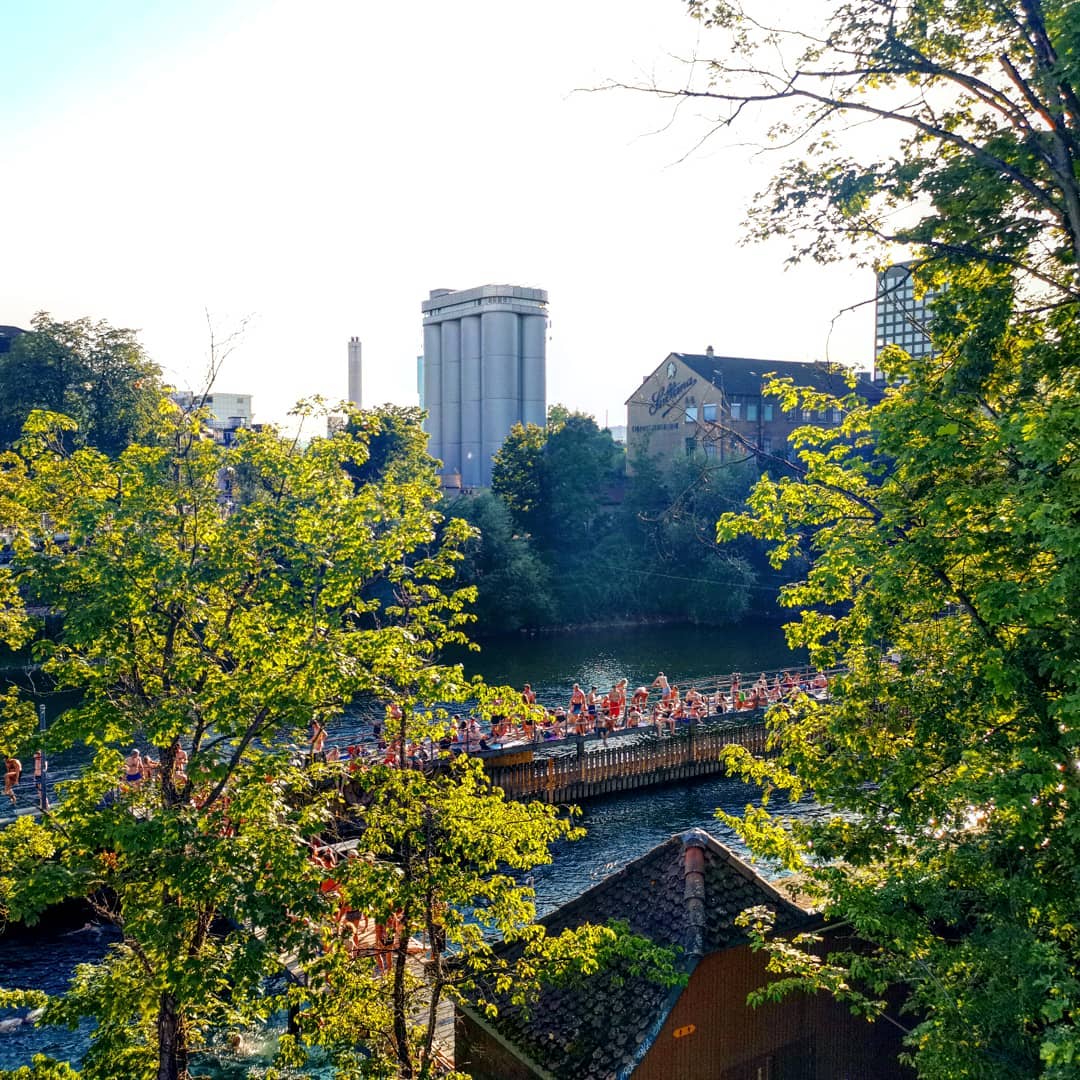 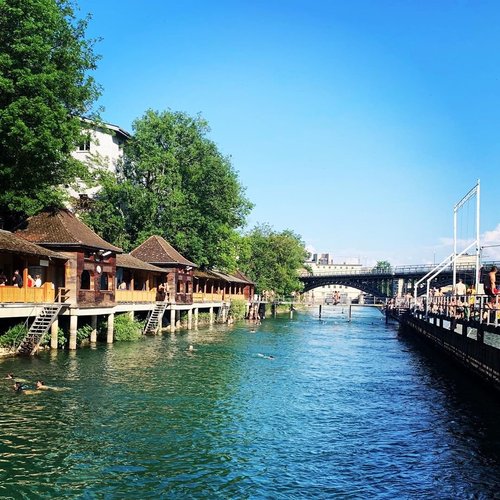 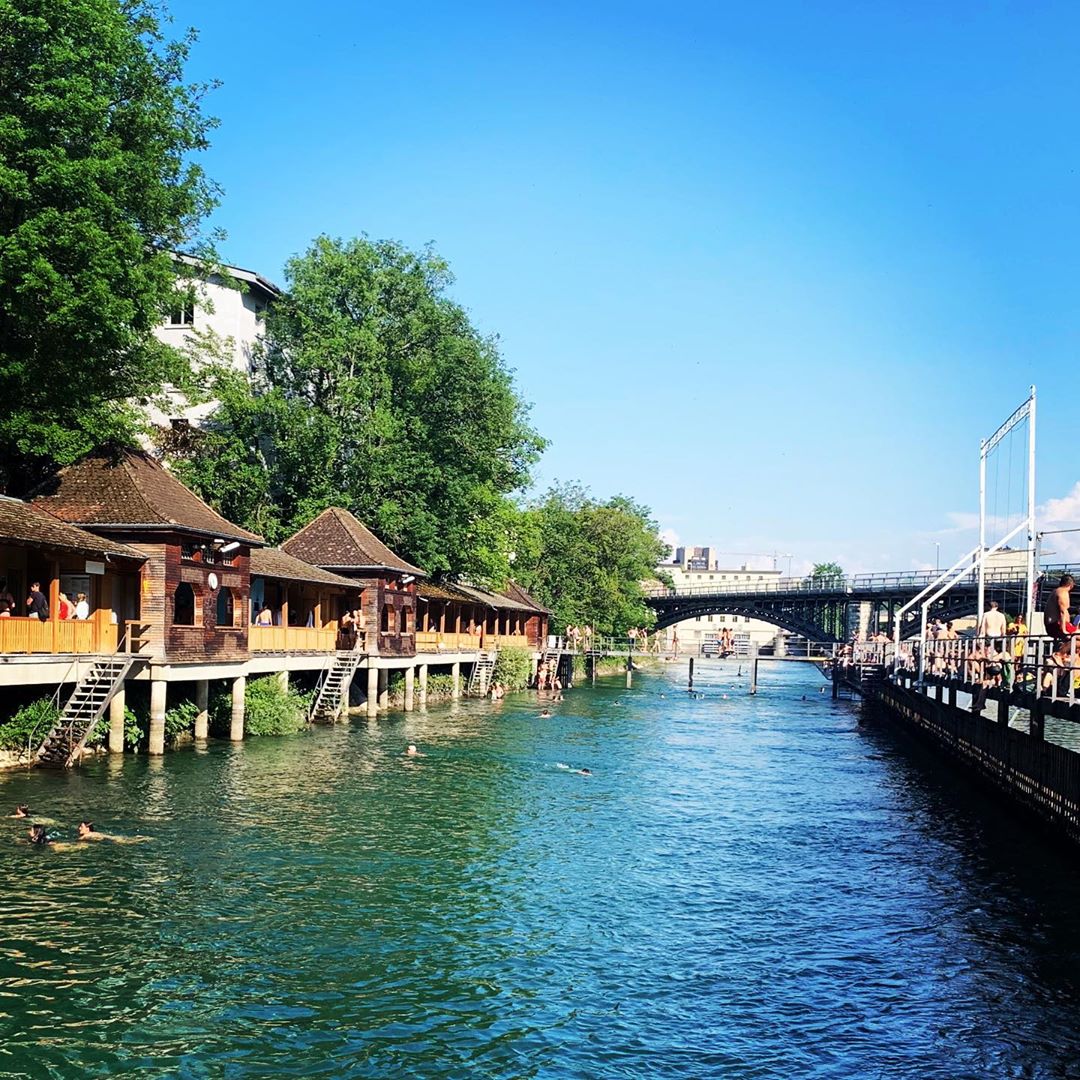 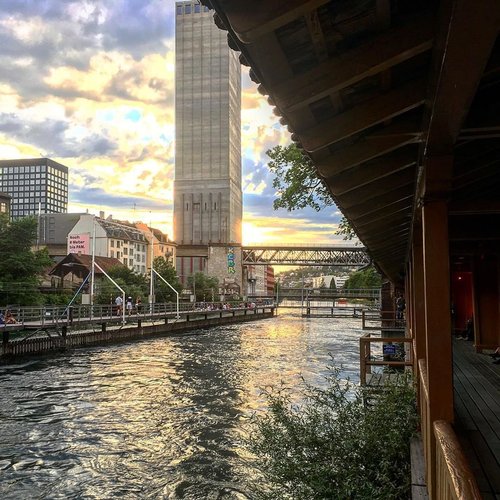 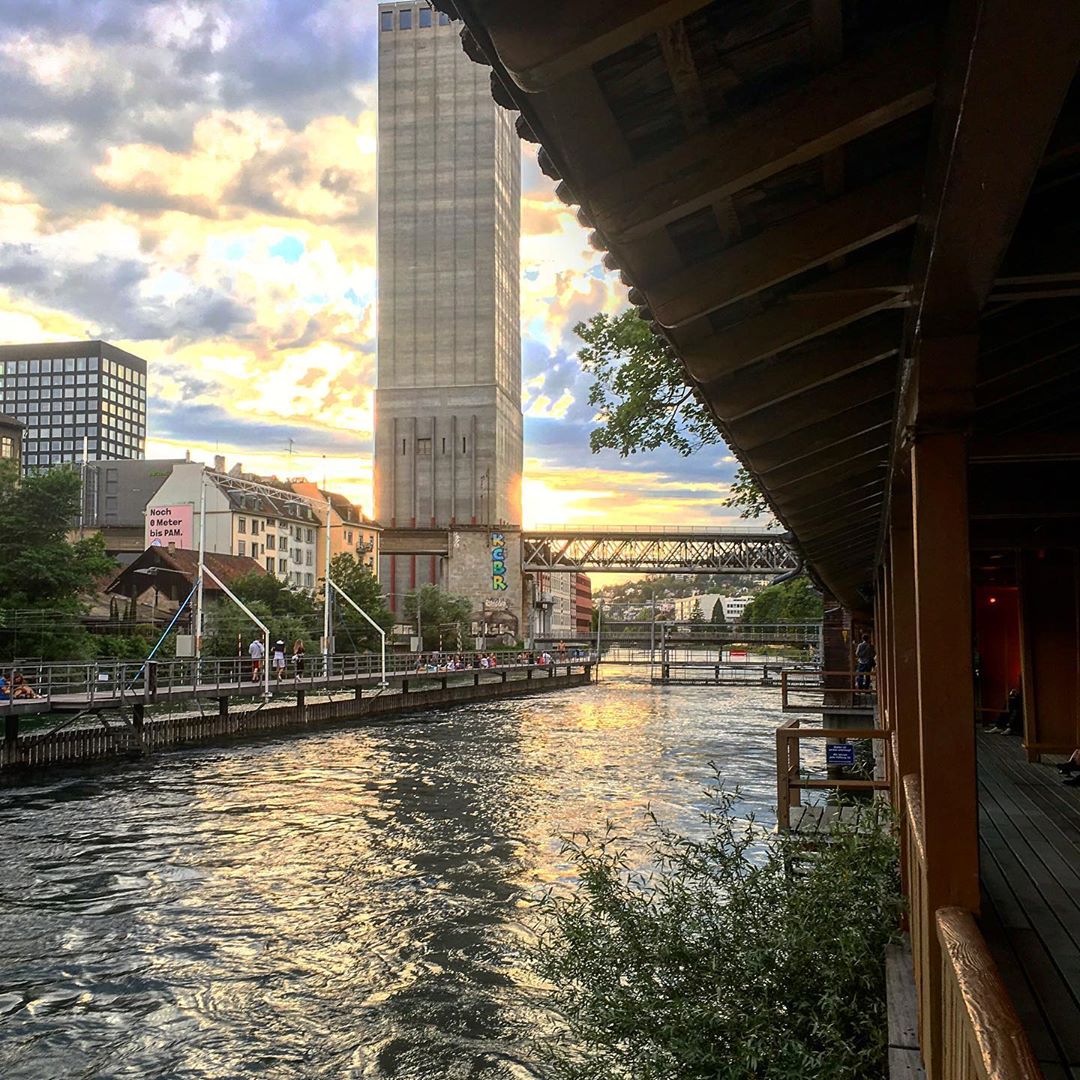 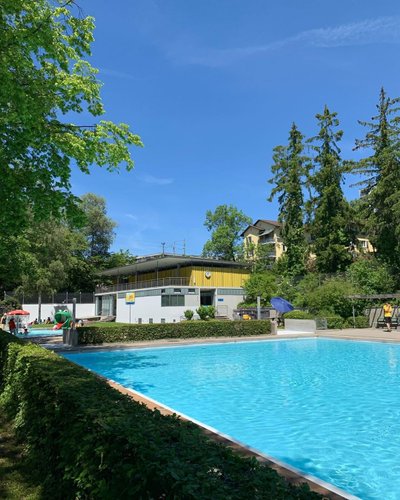 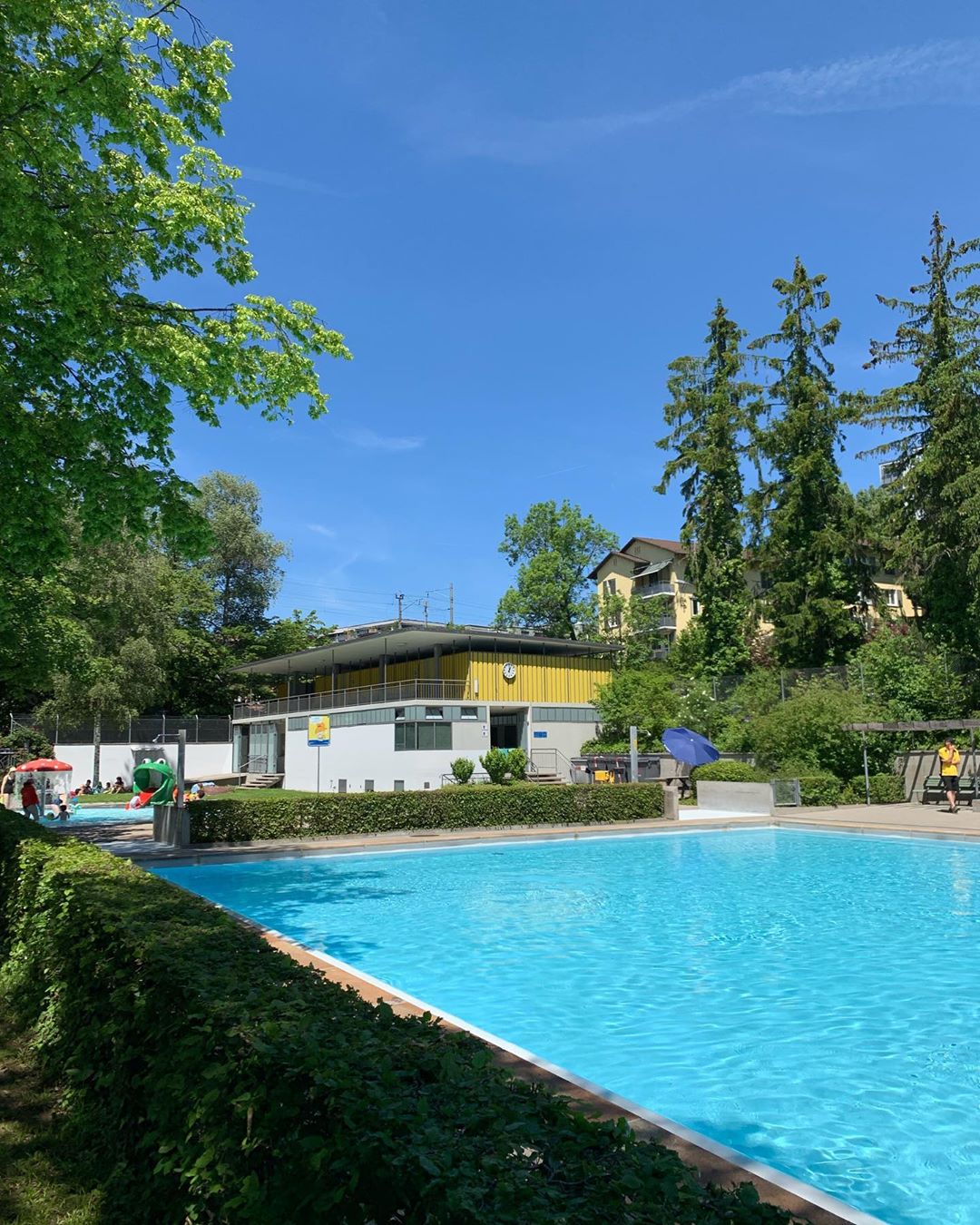 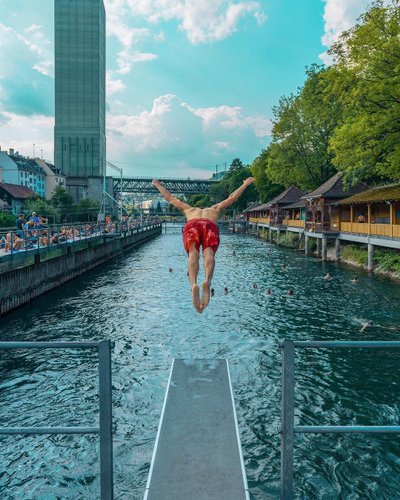 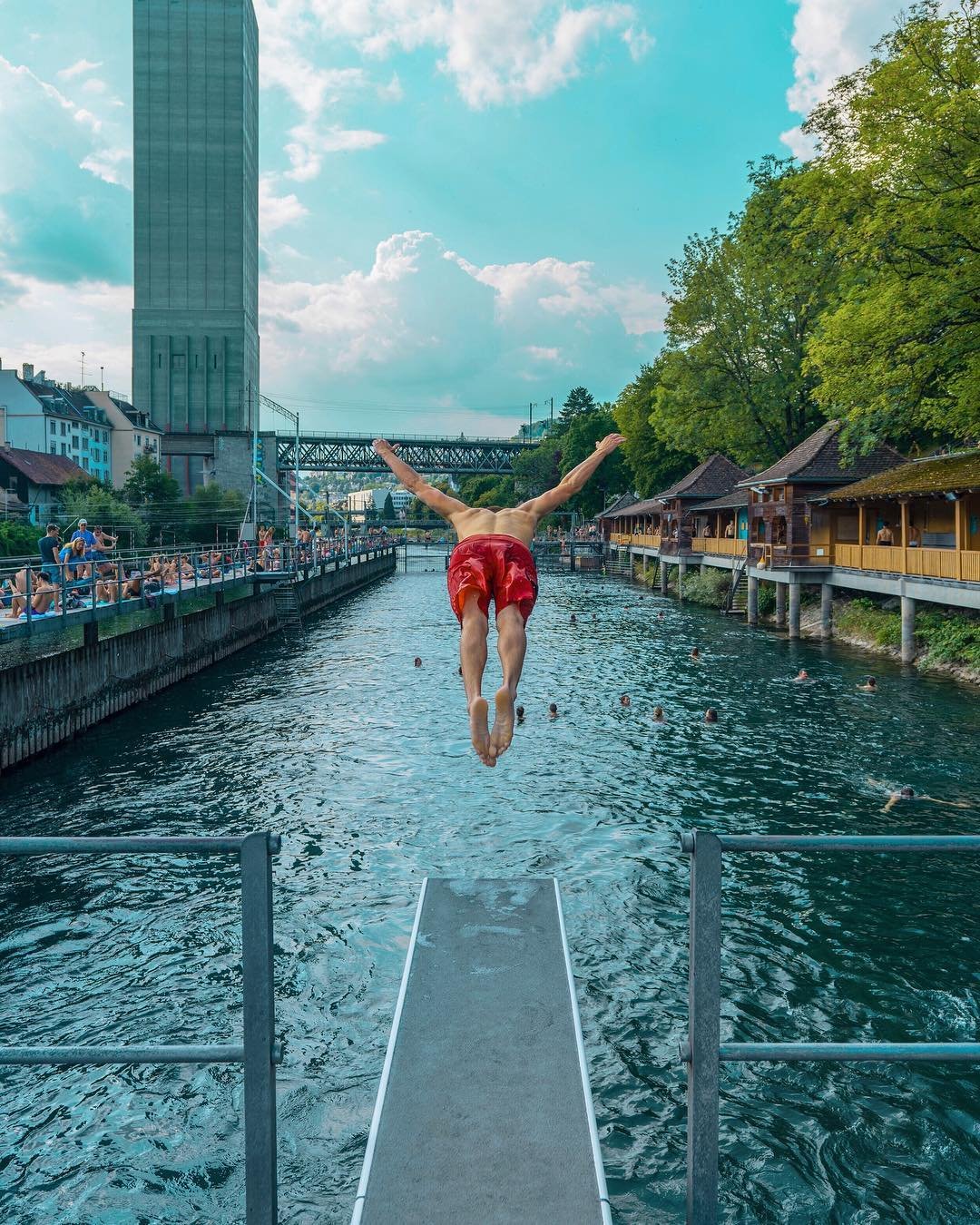 asenseofhuber, Zürich, Switzerland, Friday, 20 July 2018
Diving into my thirties! 💦 To be honest, I‘ve never been any good at sports. I was on the diving team way back in high school though and needless to say, I had a blast jumping off the board at this pool on the Limmat River! 🙌🏻 @VisitZurich #VisitZurich [📸 by @WaterProject]

After jumping into the water, swimmers let themselves be carried downstream by the current. A few then fight against the current, but most clamber back on land and walk back to the start – where the fun begins all over again. There is also a pool for non-swimmers, a children’s paddling pool, and a 3-meter (10ft) diving platform. A kiosk sells barbecue specialties, fresh salads, pasta, and antipasti. In the evenings, cultural events are held regularly – as well as, in summer, an open-air movie theater.

Built in 1909 by architects Fissler and Friedrich, the bathing facility at Unterer Letten is the oldest riverside bath in the city of Zurich. In those days, the open-air wooden construction exceeded the scope of the usual box baths by far. It has still almost entirely retained its original state. In 1956, the facility was extended to include a non-swimmer pool and a paddling pool according to plans by Elsa and Ernst Burkhardt. In addition, the bath was classified as being worthy of preservation in 1986.

Guests can relax under the shady pergolas, on the sun terrace towards the riverbank, or in the so-called “air bath”, with its sunbathing area and trees. Originally, the Unterer Letten was reserved exclusively for men; the women’s area with swimming pool at the upper end of the facility was added later. Nowadays, all the baths are open to both sexes.