The Gates of Hell by Auguste Rodin

The famous "Thinker" by Auguste Rodin can also be found in the Gates of Hell outside the Kunsthaus Zurich (art museum). 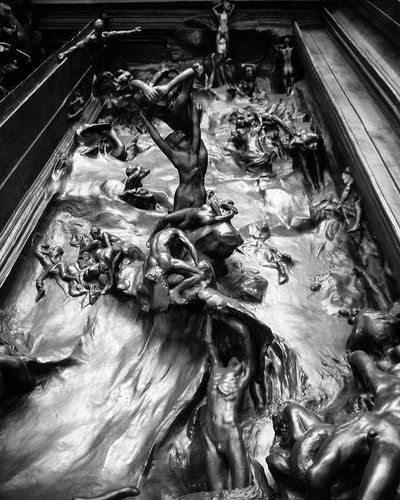 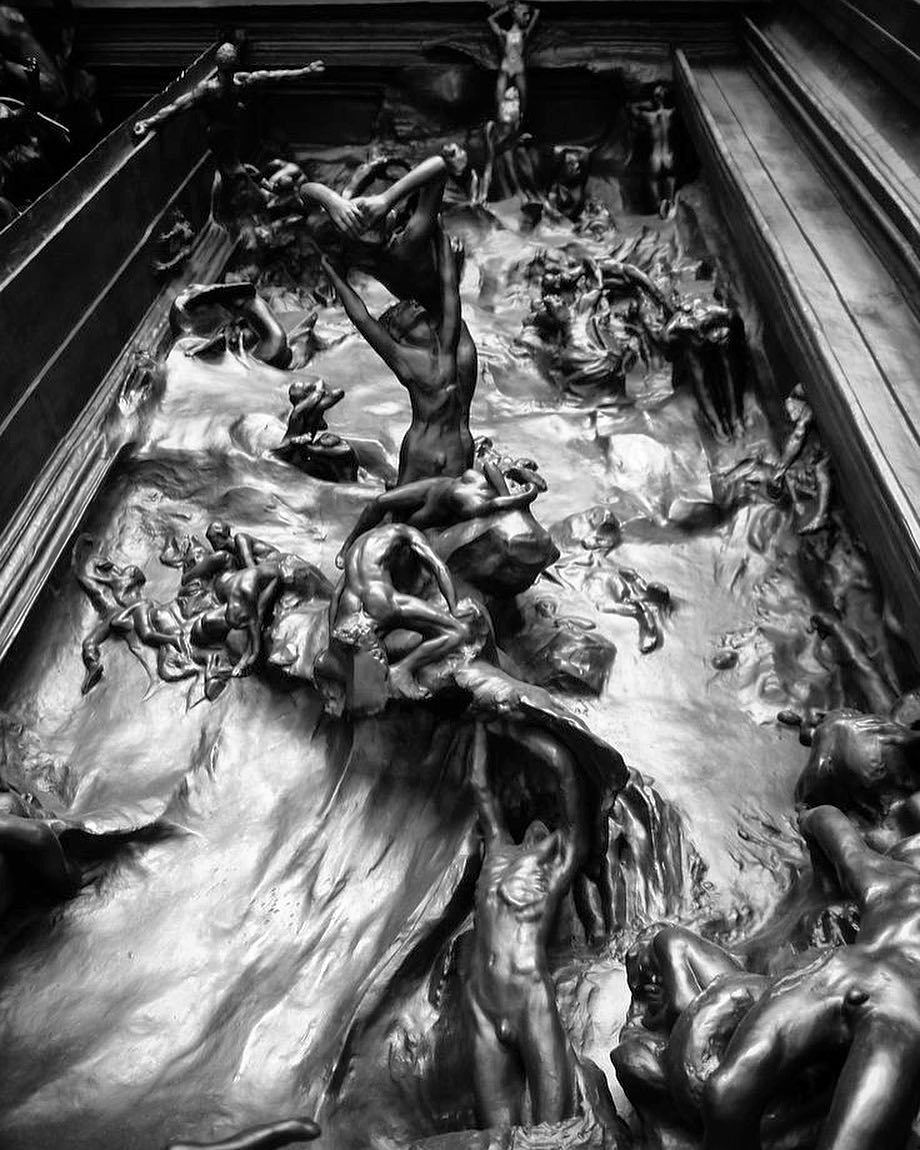 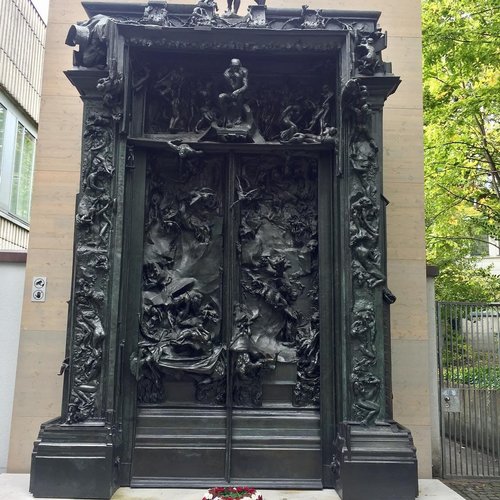 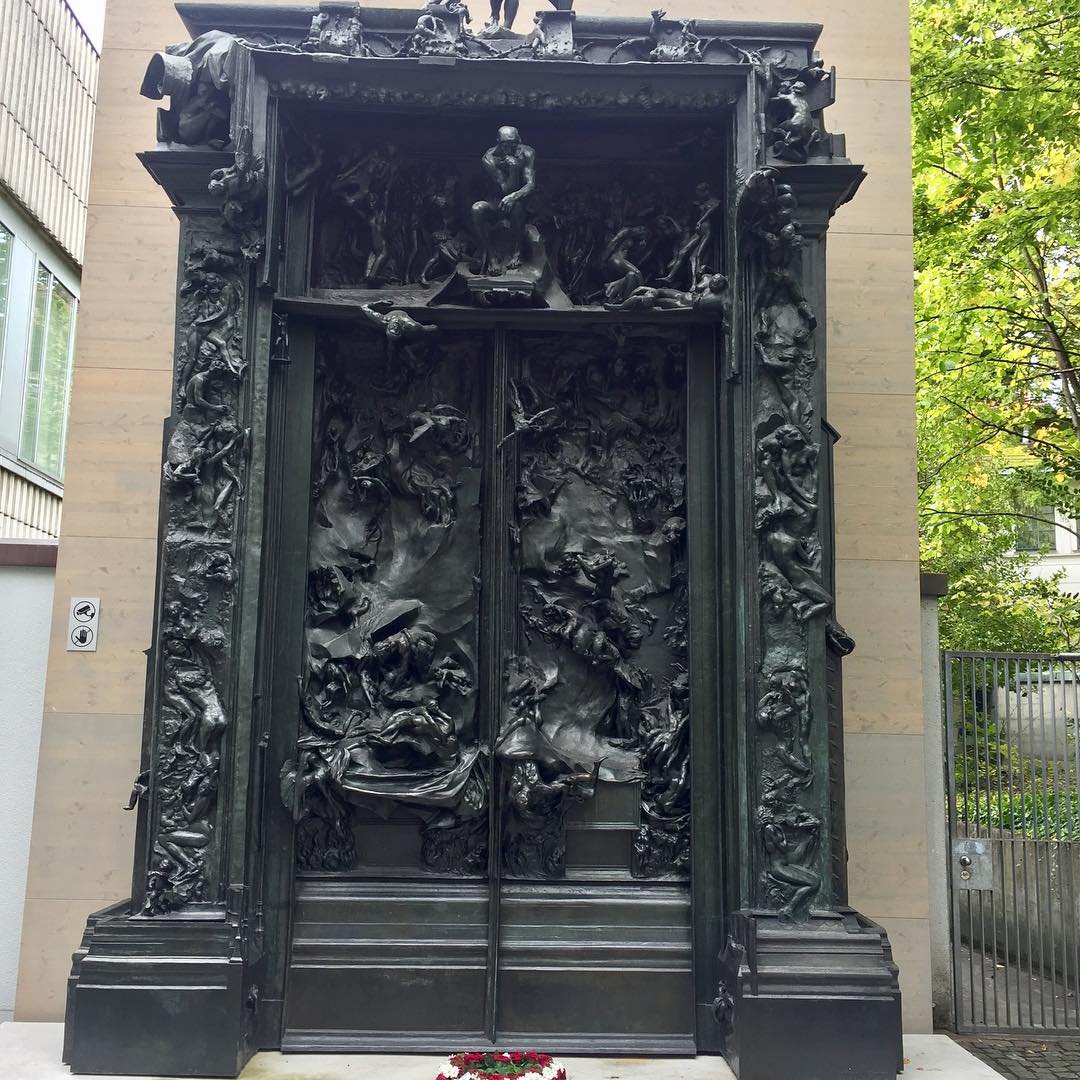 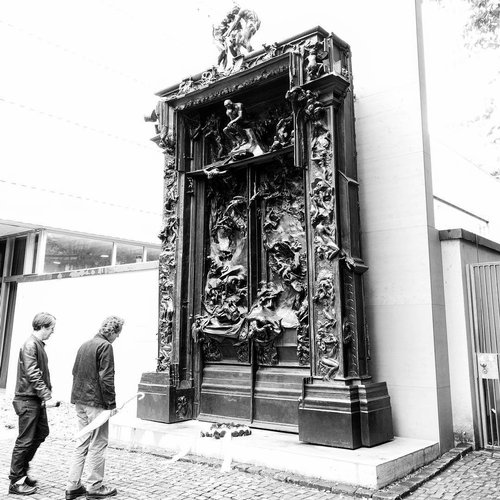 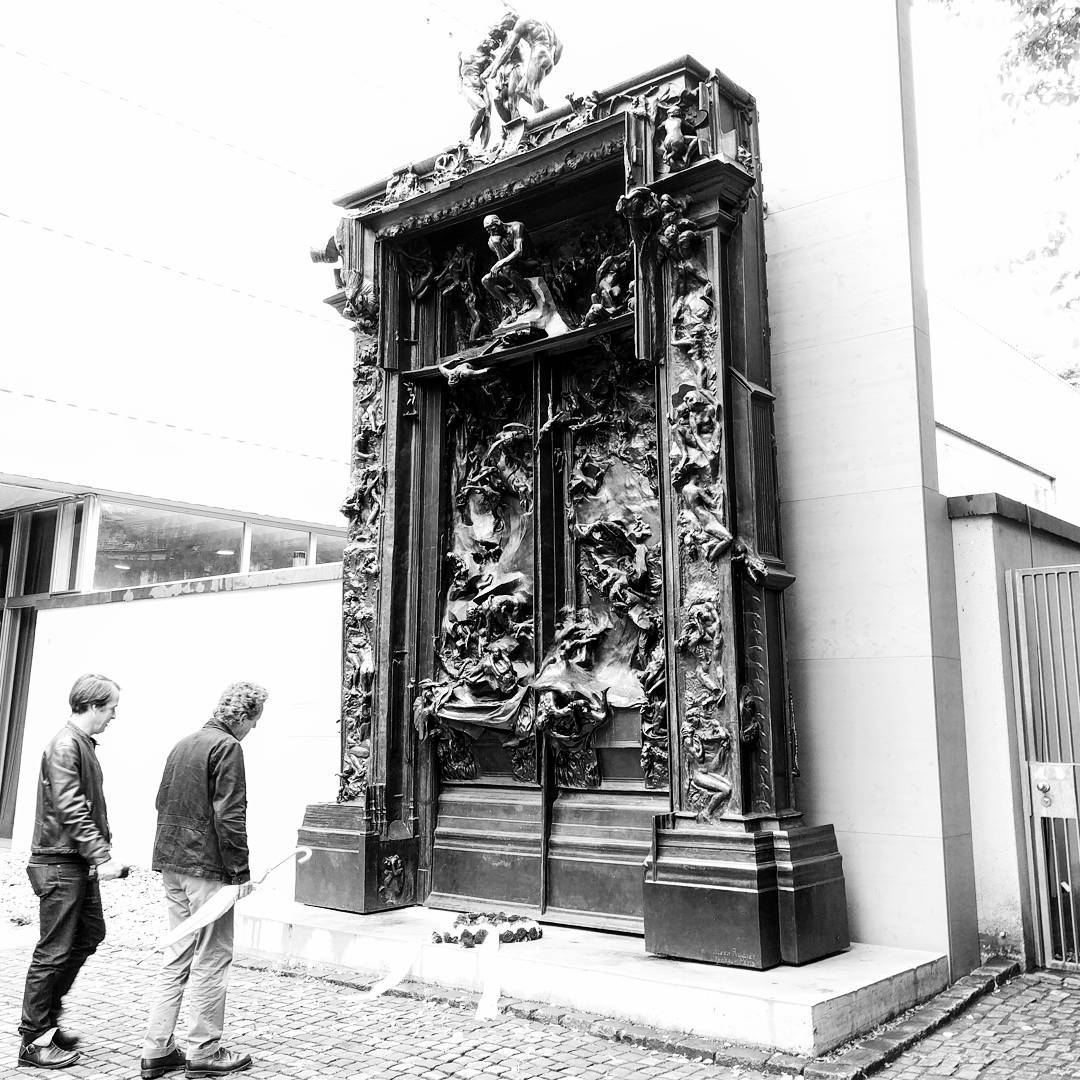 nrg_type_r, Kunsthaus Zürich, Sunday, 17 September 2017
The #monumental #sculptural #work of Auguste Rodin's "La Porte de l'Enfer" (The Gates of Hell) is the very first of it's kind about the #Inferno by #Dante's Divine Comedy. In an article by Serge Basset, printed in Le Matin in 1890, #Rodin said: "For a whole year I lived with Dante, with him alone, drawing the circles of his inferno. At the end of this year, I realized that while my drawing rendered my vision of Dante, they had become too remote from reality. So I started all over again, working from nature, with my #models." (Source: Wikipedia) #Zürich #art #bronze #cast #legendary #artist #sculpture #culture #switzerland #innovation #inspiration #19thcenturystyle #paris 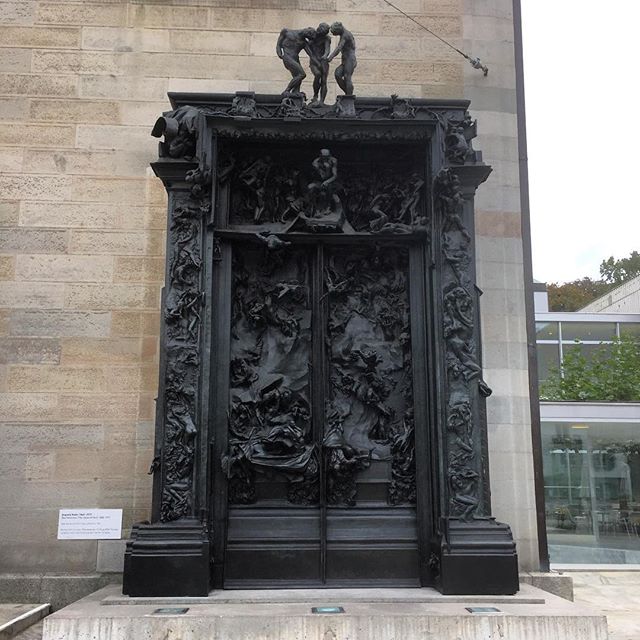 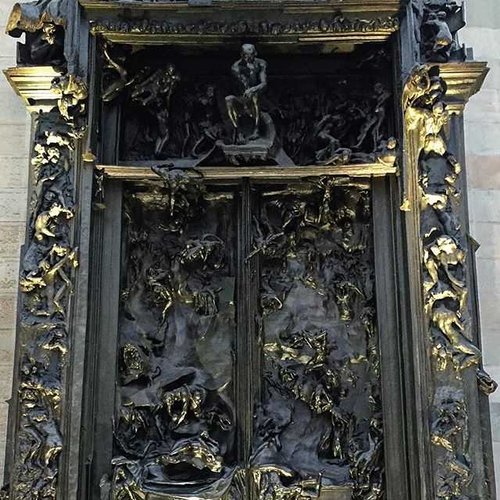 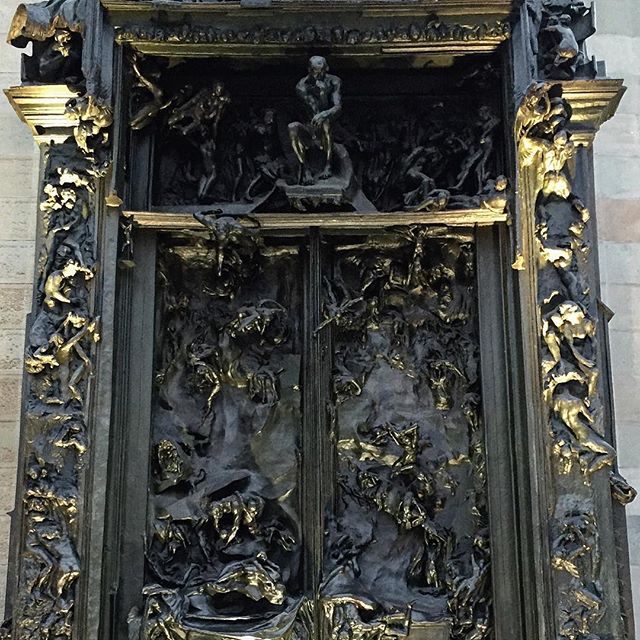 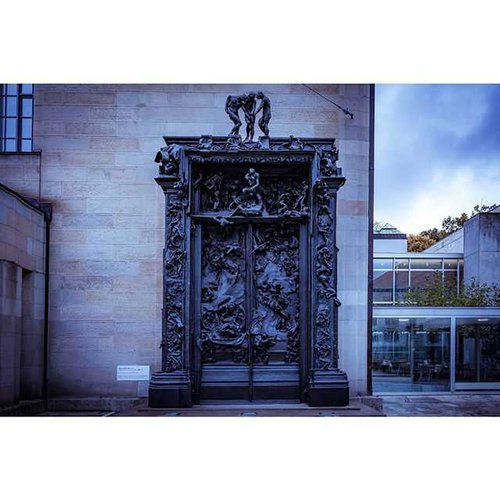 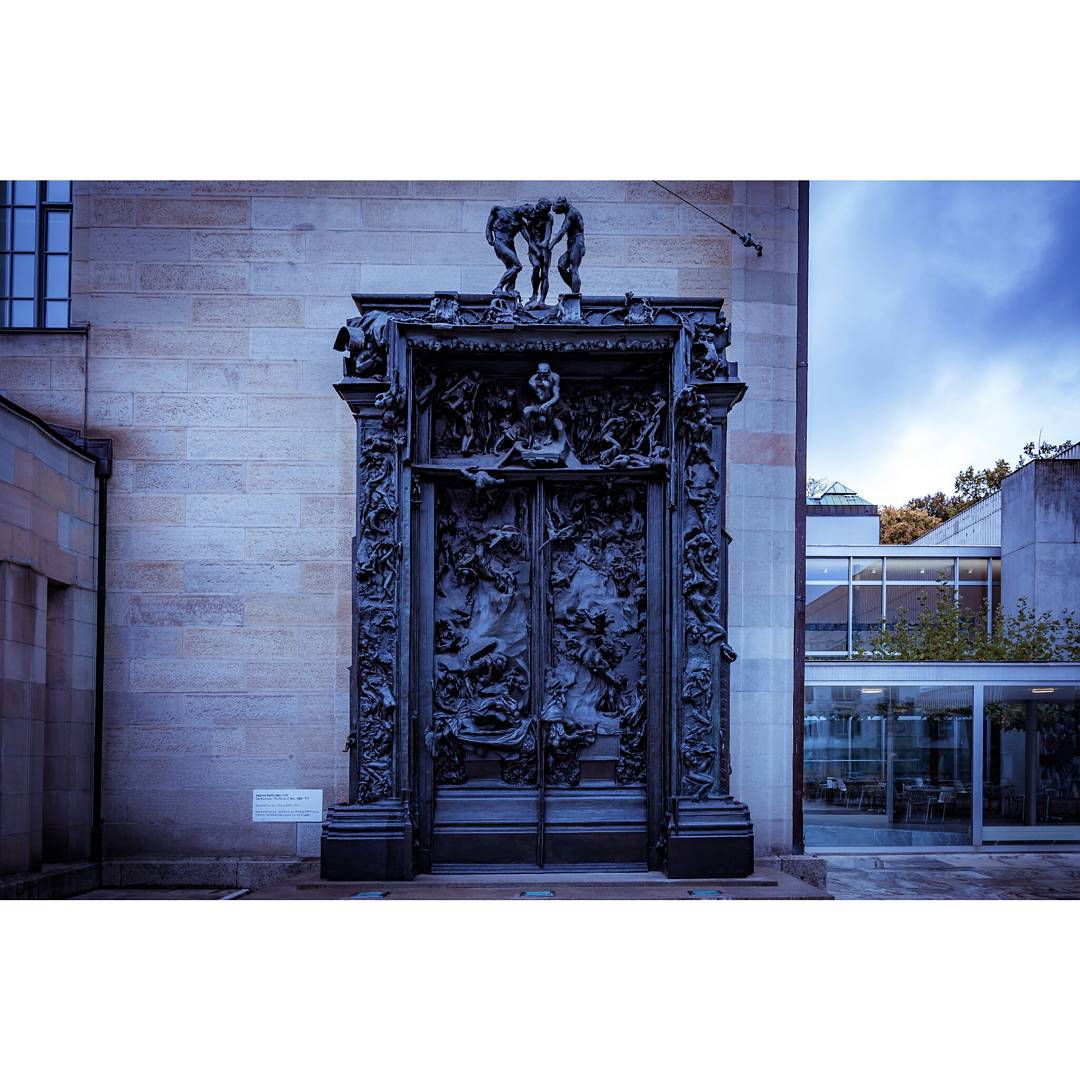 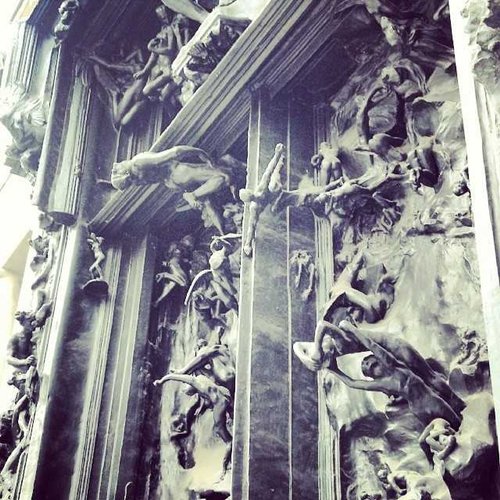 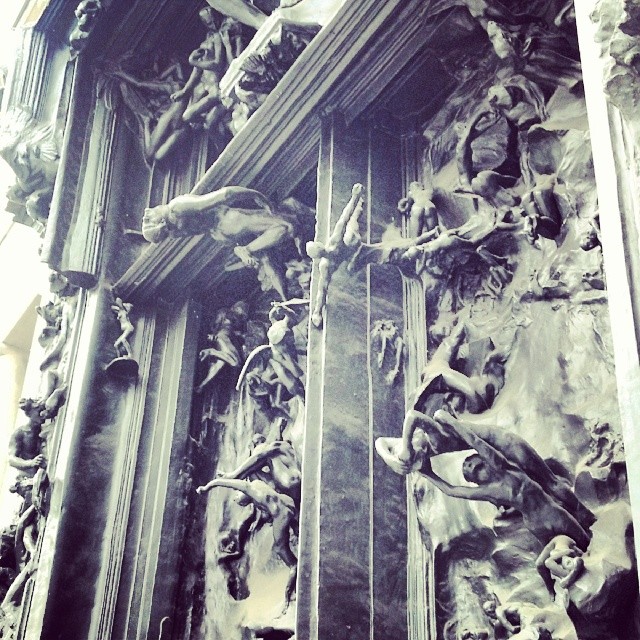 The bronze sculpture “The Gates of Hell” by Auguste Rodin has been standing alongside the entrance to the Kunsthaus Zurich (art museum) since 1949. The work is almost 7m tall and weighs 8 tons. It was created by the French sculptor between 1880 and 1917. The bronze sculpture is a vision of the afterlife inspired by Dante’s Inferno from the “Divina Commedia”.

It shows 186 figures grouped around a central "Thinker". Powerful but graceful mythical creatures, people and animals are depicted rising up or falling into hell. The sculpture is realistic, albeit in part deliberately exaggerated to better illustrate the basic emotions of fear, desire and suffering.

Special opening hours during the holidays